The racing world pays its respects to a colleague and friend 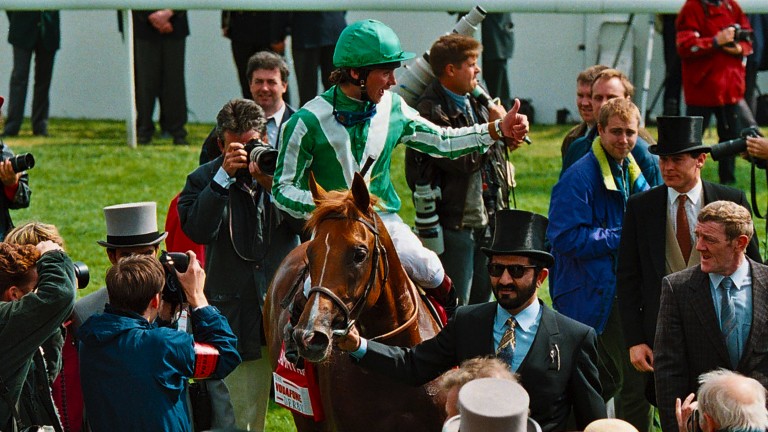 He was a hugely talented man with fantastic hands – lovely, quiet hands. Horses settled for him and he was a great talent. I think his ride on Lammtarra, a maiden winner in the Derby, was a phenomenal achievement as he managed an inexperienced horse around Epsom. That was one of his outstanding achievements and he definitely had ice in his veins on the big days – nothing seemed to bother him.

He had an amazing career. The thing with Walter he was so talented it almost looked like he didn’t have to put any effort into it. I envied him as a rider because he was a beautiful horsemen with a relaxed style. You can learn to ride but there are some things that can’t be learned and Walter was one of those guys who had that magic touch about him. That’s why Michael Stoute loved him. No matter how badly he behaved – and sometimes he did – he was so talented that all the trainers wanted him to ride for them. On the big day there was nobody better – he was very cool, calm and collected and got the best out of a horse. He was a good fellow and a nice guy.

Very sad to hear about the death of Walter Swinburn. Brilliantly stylish and a genius in the saddle. A jockey that God hath retained. RIP

Very saddened to hear the shocking news of Walter Swinburn passing away. A true talent and gentleman, thoughts are with his family.

Shocking and sobering news of Walter Swinbur,n the owner of talent that most jockeys can only dream of. RIP Wally

Sad news to hear Walter Swinburn has passed away – a natural talent, incredible balance, hands, judgement of pace and a joy to watch.

Very sad to hear the news of Walter Swinburn's passing. My thoughts are with his family and friends at this time.

Shocked and saddened to hear of the passing of Walter Swinburn. RIP.

FIRST PUBLISHED 7:59PM, DEC 12 2016
On the big day there was nobody better – he was very cool, calm and collected and got the best out of a horse