Cheltenham reaction IN THE NEWS

The quiz: can you score top marks in our festival review? 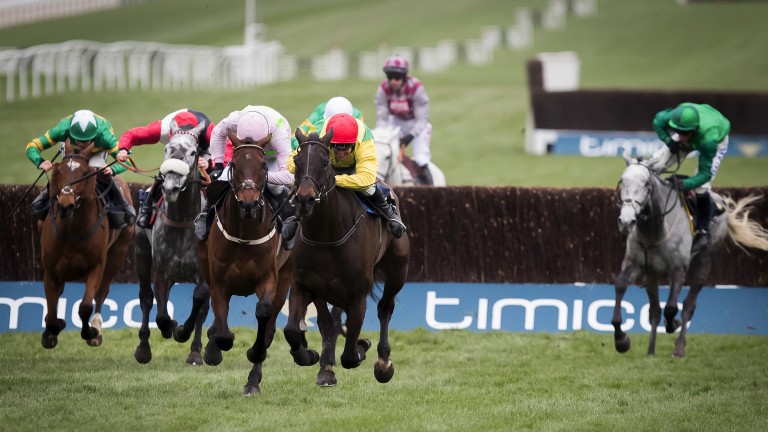 Barely a day goes by without big news stories breaking, among them the seismic, controversial and downright wacky – and they were in abundance at the 2017 Cheltenham Festival. Test your knowledge in our quickfire quiz.

1 My Tent Or Yours finished runner-up in the Stan James Champion Hurdle for the third time when taking second behind Buveur D'Air on Tuesday. Who else has he finished behind in the two-mile hurdle showpiece?

2. Tiger Roll won the National Hunt Chase on Tuesday, completing an unusual Cheltenham Festival double. Which race did he win at the meeting in 2014?

3. Red-hot favourite Douvan suffered a shock defeat in the Queen Mother Champion Chase on Wednesday. Who was the last odds-on favourite to be beaten in the race?

4. Willie Mullins and Ruby Walsh drew a blank on Tuesday and Wednesday, but roared back to form on Thursday. How many winners did they have that day? 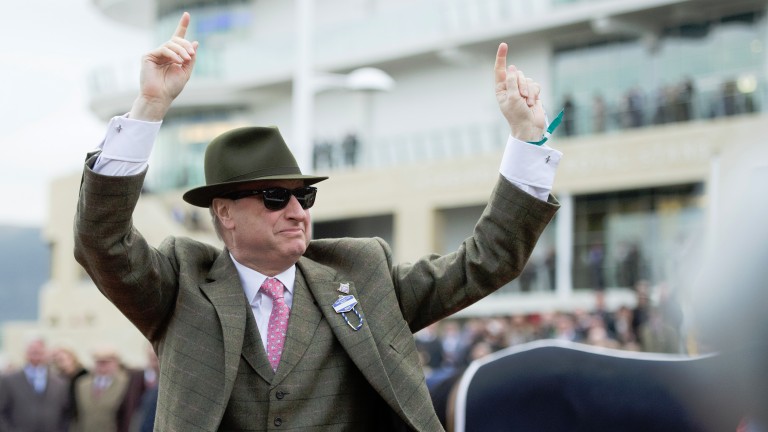 5. Presenting Percy won the Pertemps Final on Thursday, much to the delight of trainer Pat Kelly. When the weights for the handicap were released, how did he describe himself upon seeing his horse's mark?

A. Over the moon
B. Like a raging bull
C. So livid it's untrue
D. Absolutely gutted

6. Defi Du Seuil won Friday's JCB Triumph Hurdle in stunning fashion. At which track did he make a winning British debut for Philip Hobbs in October? 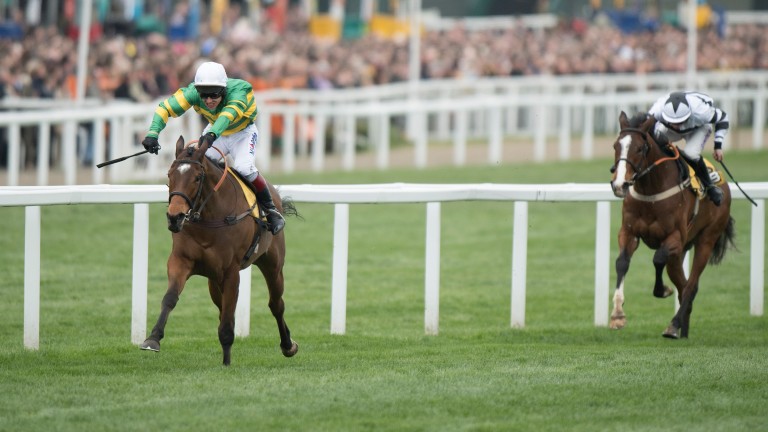 7. Sizing John won the Cheltenham Gold Cup in tremendous style on Friday, surging clear to score for Jessica Harrington and Robbie Power. Which race did Sizing John win prior to his big-race triumph?

8. Ireland were crowned the winners of the BetBright Cup, courtesy of a brilliant week in the Cotswolds. How many Irish-trained winners were there in total?

9. Cue Card's bid for Cheltenham Gold Cup glory again ended in heartache. At which fence did the Colin Tizzard-trained star depart this year?

A. The first
B. Second-last
C. The last
D. Third-last

"He's got so much talent it's scary"

A. Might Bite
B. Labaik
C. Buveur D'Air
D. Cause Of Causes