The one race you do not want to miss on Wednesday 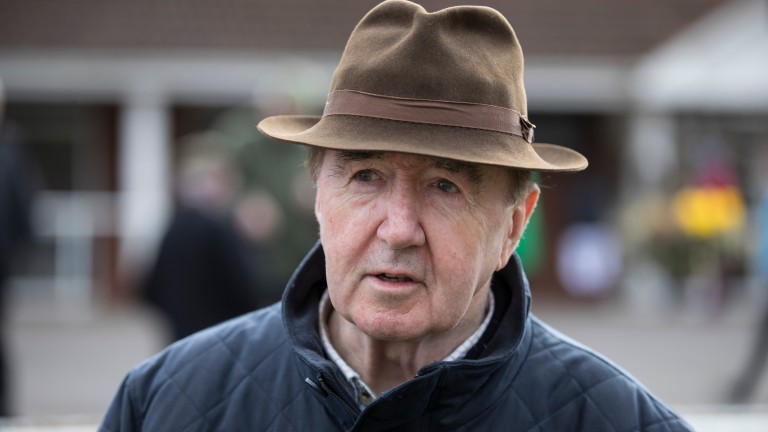 Dermot Weld: Claimed the IRTA had a vendetta against Chris Gordon, the IHRB boss Denis Egan claimed in the High Court on Wednesday
Patrick McCann (racingpost.com/photos)
1 of 1
By Brian Sheerin UPDATED 9:42AM, AUG 7 2019

This 0-95 fillies' handicap, which carries the title of the Connacht Oaks, is the feature race of what will be an important evening for Sligo, with the track offering more than €135,000 in prize-money across an eight-race card.

There's €30,000 to be divided up among the first six fillies who pass the line in this year's 1m4½f contest and last season's winner, the Jessica Harrington-trained Echo Park, heads the weights.

Echo Park has not managed to win a race this season but, with the ground set to come up on the soft side and the fact she is proven at this unique course, the filly is the obvious starting point.

The Dermot Weld-trained Kastasa, one of only two three-year-olds in the seven-runner contest, races from the opposite end of the handicap as well as having Andy Slattery's 5lb claim for good measure.

Kastasa, a winner of her maiden at Clonmel, has since run well to finish third in a 1m4f Leopardstown handicap, and is likely to occupy a position at the head of the betting.

Echo Park may have 16lb more than she carried to victory in this race last year but no trainer-rider combination boasts a better strike-rate than Jessica Harrington and Shane Foley have been producing throughout the past fortnight. 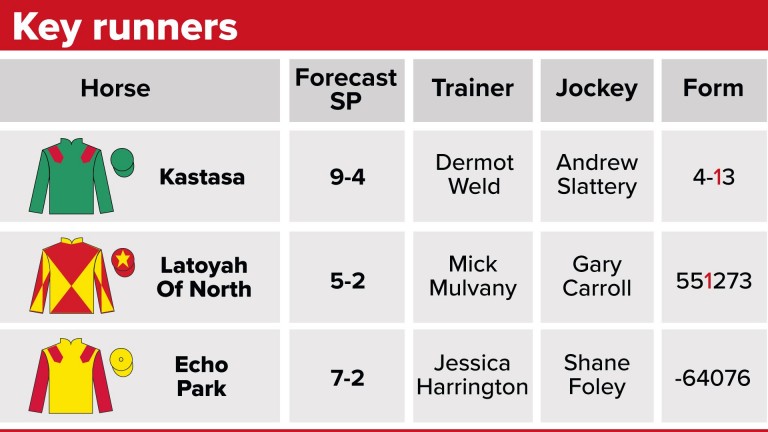 Harrington has sent out eight winners on the Flat in the last 14 days and is showing a level-stakes profit of €17.83 for a €1 stake, while Shane Foley, a major beneficiary of the yard's red-hot run, has been the man getting the job done and has ridden six winners for the trainer during that time.

Colin Keane, bidding to regain his champion jockey status at the end of the season, has also had a profitable time of things throughout the past two weeks having partnered five winners, and he'll be aboard the John McConnell-trained Cj Cregg.

Mick Mulvany, trainer of Latoyah Of North
It's not ideal turning out quickly after Galway but she's in good form so you'd be hoping she'd be there or thereabouts. She's been consistent this season.

Richard Brabazon, trainer of Hayyel
She's still a bit green and doesn't have a lot of miles on the clock. We hope there's a bit of improvement in her. Her Curragh run was just a little unsatisfactory but that race [the Ladies Derby] can often be a funny sort of race. Seamie [Heffernan] was keen to ride her and that's a good sign – he rode her in her first three runs. There shouldn’t be any reason why she won't handle soft ground and the fact she's won around the track before is a big help.

Dermot Weld, trainer of Kastasa
She's a nice filly. She battled well to win at Clonmel and ran a good, consistent race at Leopardstown.

FIRST PUBLISHED 6:00PM, AUG 6 2019
She's a nice filly. She battled well to win at Clonmel and ran a good, consistent race at Leopardstown.