The one race you do not want to miss on Tuesday 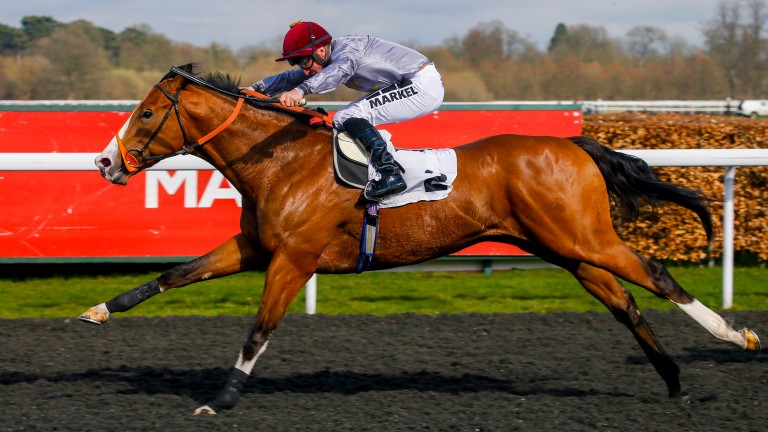 The Richard Hannon-trained Qaysar finished just five lengths behind Cape Byron in the Victoria Cup at Royal Ascot buthas yet to turn that promising form into victory in his three starts since.

Owned by Al Shaqab Racing, the 90-rated son of Choisir heads the weights for thisten-runner handicap along with a pair of intriguing 90-rated rivals who bring polar-opposite profiles into the contest.

Wafy, trained by Charlie Hills, will carry the famous blue and white silks of Hamdan Al Maktoum and ran well on his return from a 90-day break at Ascotlastmonth.

The son of Dubawi has not been without his complications, as evidenced by thelengthybreaks he has spent off the track since his debut in August 2017, but after just eight starts remainsvery much unexposed.

The secondleading challengeris the more experienced Mr Top Hat whose consistent form was given a boost when Fayez, who bettered the David Evans-trained son of Helmet at Ripon in June, got up to win a competitive Goodwood handicap last week.

Rod Millman enjoyed big-race success at Newbury this season when Bettys Hope bagged the Super Sprint last month and looks to build upon his good strike-rate at the track this season with Ragstone View.

Richard Hannon is the leading trainer at Newburyin 2019 with six winners, although the 57 runners saddled by Hannon at the Berkshire track means heonly has an11 per cent strike-rate. Meanwhile Hannon and James Doyle are a lethal combination at Newbury, scoring at a strike-rate of 27 per cent.

Jason Watson partners the out-of-form Surrey Hope for Hughie Morrison but will be hoping his good form at Newbury this season –seven winners from 36 rides – can help reverse the five-year old's fortunes.

David Evans, trainer of Mr Top Hat
He'd have a really good chance if we had a bit more rain. They have forecast a little bit but he does need a bit of give to be at his best. He does go on faster ground, but he really thrives when it's wet like it was at Chester. He never runs a bad race for us and he's in good form. Let's hope for some rain.

Rod Millman, trainer of Ragstone View
He blotted his copybook last time when he pulled too hard, but hopefully we can get him to settle a bit better this time and he should run a good race. We'll be lucky if it's any better than good to firm, I should think, but there's no reason to think he can't handle that.

Mr Top Hatreturns from a short break off a manageable mark and he ought to go well, whileDawaaleebandQaysaralso enter calculations. Things haven't really gone to plan inWAFY's brief handicap career to date and he could be the answer back at 1m in a race that should be truly run.
Paul Smith

Read The Briefing from 8.30am daily onracingpost.com and the Racing Post mobile app with all the day's latest going, weather, market moves and non-runner news

FIRST PUBLISHED 6:08PM, AUG 5 2019
He blotted his copybook last time when he pulled too hard but hopefully we can get him to settle a bit better this time and he should run a good race