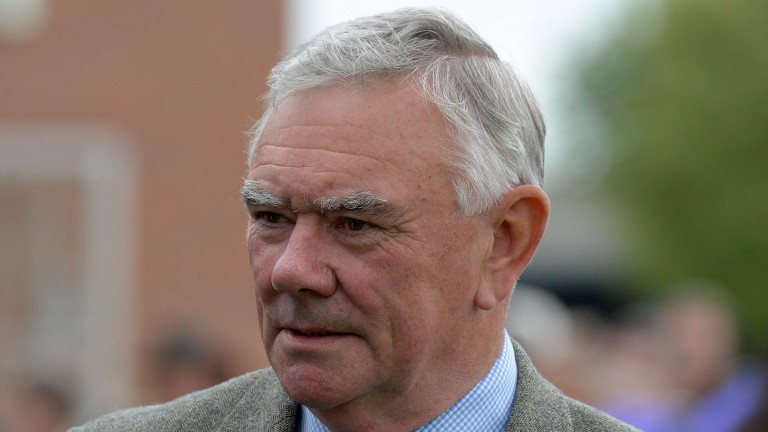 Last year's winner Clon Coulis lines up again and steps into this Listed contest on the back of going under by the narrowest of margins to Afaak in a driving finish for the Royal Hunt Cup at Royal Ascot last month.

But in 15 runnings of the race (it was abandoned in 2012 due to waterlogging) four-year-olds have held sway over five-year-olds on no less than 12 occasions and that particular statisticis against Clon Coulis this time around as she is now aged five.

However, the David Barron-trained mare failed to make the racecourse as a juvenile and therefore does not have that many miles on the clock, which means she remains relatively unexposed against many of her rivals in the contest. The fast conditions in West Yorkshire should also be in her favour. 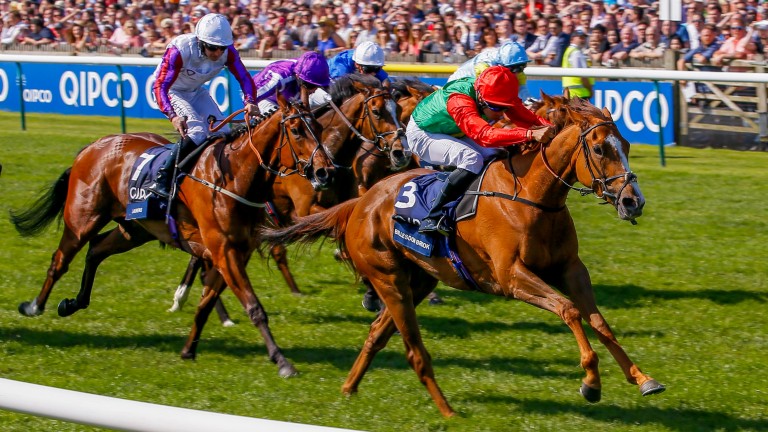 Will a penalty stop Brook?

The Richard Hannon-trained Billesdon Brook has to concede 3lb to the entire field as she is penalised for winning a Listed race at Chelmsford last time, which took her tally to two successes on the all-weather from as many outings.

Her turf form also reads strongly in the context of this race as she landed a shock 66-1 success in the Qipco 1,000 Guineas last season,but the recent Chelmsford win was her first since that momentous victory at Newmarket.

Although a low draw is often viewed as a positive at Pontefract, the figures for this Listed race over the last six years show that is not always the case.Three of the last six winners have been drawn six or higher, including Clon Coulis, who won from stall nine of ten last year. 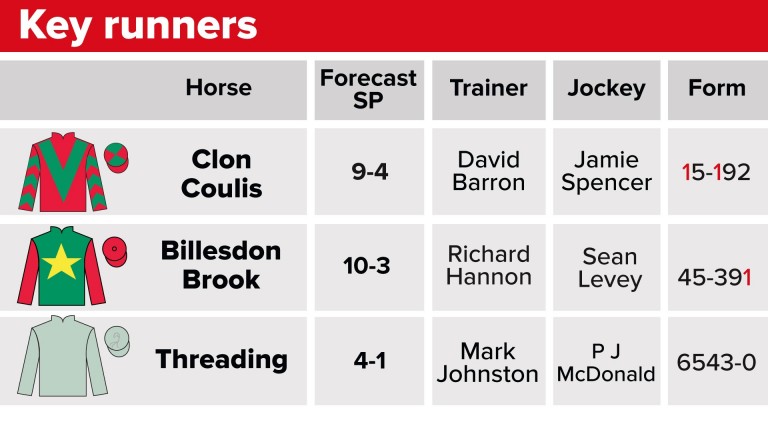 Richard Hannon, trainer of Billesdon Brook
She won nicely in Listed company at Chelmsford with Sean [Levey] in the saddle and he takes the ride again. She seems very well in herself and the stiff nature of the track will suit.

Richard Fahey, trainer of Dance Diva and Exhort
The draw gods have not been kind to either filly as they are drawn 12 andten respectively so that makes things harder. Dance Diva might just need it a fraction as this is her first run since October. Exhort ran well at Nottingham last time and it would be nice to get her a bit more black type.

David Barron, trainer of Clon Coulis
The Royal Hunt Cup was the plan but she unfortunately got touched off by a nose. She's had quite a light season and won this race last year.Jamie Spencer gets on well with her and she has her chance.

Sylvester Kirk, trainer of Bubble And Squeak
I was hoping for a nice little racebut it has turned out to be a really competitive heat. This filly would have liked a bit of cut in the ground and she's probably not going to get that, but we take our chance as she's in good form.

Billesdon Brook,Clon Coulis and Threading are the three who stand out on form with preference for last year's winner Clon Coulis, who was an excellent second in the Royal Hunt Cup last time out. Recent Chelmsford Listed winner Billesdon Brook is feared most under a penalty. New Day Dawn is unexposed over 1m on a sound surface and could be the best each-way option at bigger odds, ahead of Vivianite for whom an easy lead could be there for the taking.
Ben Hutton

FIRST PUBLISHED 6:07PM, JUL 8 2019
She seems very well in herself and I think the stiff nature of the track will suit her