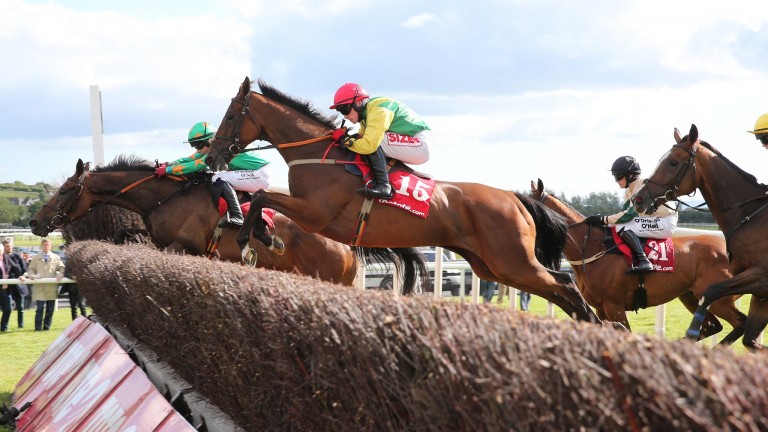 This is the fourth qualifier of a 12-race series designed to cater for horses at a lower level than previous veterans' chases.

It is restricted to conditional riders and horses rated no higher than 125, and the series culminates in a £50,000 final at Newbury in March.

Galway Plate winner Shanahan’s Turn has not won since that notable success in 2015 but his handicap mark has tumbled down to 120 as a result. He is set to shoulder top weight but his rider Harry Kimber claims 8lb off his back.

In-form trainer Emma Lavelle enjoyed major success at Newbury last week with Paisley Park and De Rasher Counter. She will be represented by Private Malone, who has not got his head in front for almost five years.

His recent form figures are hardly enticing from a punting point of view but his stable can do little wrong at present and it would be no surprise to see him bounce back.

Chris Gordon has chosen to leave off the cheekpieces that Tara Bridge wore on his final two outings of last season.

Emma Lavelle has sent out four winners from nine runners at Lingfield over the past five years, and bids to boost that to a 50 per cent strike-rate with Private Malone.

Only two of the six runners have previously registered victories at the Surrey venue, with Tara Bridge and Finnegan's Garden both scoring last year. 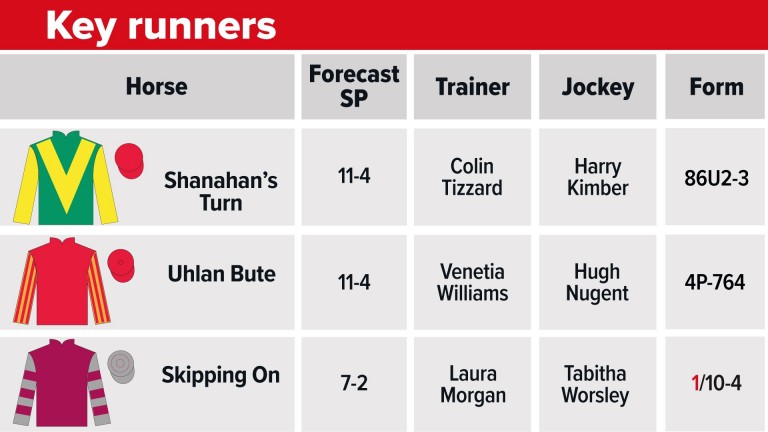 Joe Tizzard, assistant to Colin Tizzard, trainer of Shanahan’s Turn
He shaped really well when third on his comeback run at Chepstow last month. He has come down the weights and shouldn't mind the heavy ground so we are hopeful of a decent run.

Venetia Wiliams, trainer of Uhlan Bute
It’s a nice race for him and other like-minded veterans but his best performances are not necessarily on deep ground, although he has handled it in the past. There are not that many runners and he has his chance.

Emma Lavelle, trainer of Private Malone
On the face of it he has more letters next to his name than numbers these days and that's because he's quite a frustrating horse. He has the ability but something always seems to cut out on him in his races. He will be ridden by youngster Henry Platt, who does all the work with him at home and hopefully his 10lb claim will help the horse's cause.

Chris Gordon, trainer of Tara Bridge
He handles the ground and the trip so that isn't a worry but he came back in quite late and might just need this first run of the season.

What our tipster says

Despite a slight question-mark about the trip, Uhlan Bute is given the verdict with Shanahan's Turn and Skipping On feared most. [Jonathan Neesom]

FIRST PUBLISHED 6:00PM, DEC 2 2019
On the face of it he has more letters next to his name than numbers these days and that is because he is quite a frustrating horse