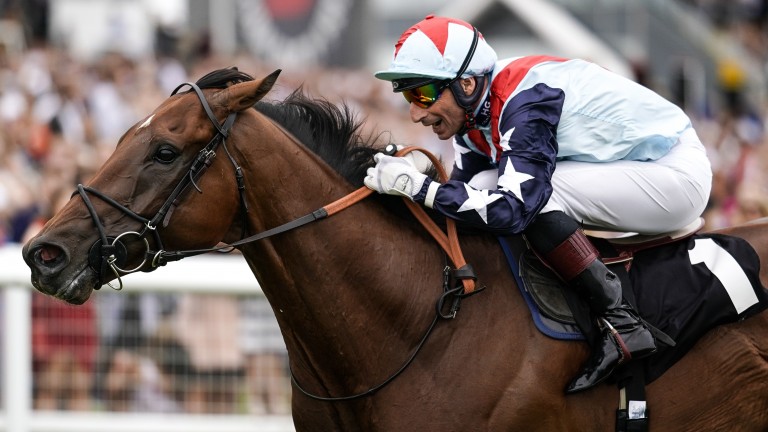 Mosse drives Sir Dancealot to victory in the Group 2 Hungerford Stakes at Newbury
Alan Crowhurst
1 of 1
By Scott Burton UPDATED 9:21AM, JUN 14 2019

Sir Dancealot takes a big drop in class having kept Group 1 company in each of his last five starts, most recently when seventh to Mushastry on his seasonal reappearance in the Lockinge Stakes at Newbury last month.

That was a first start over a mile for the David Elsworth-trained five-year-old since the 2016 Racing Post Trophy, and this should be less taxing on the stamina front.

Oh This Is Us has already enjoyed a fruitful campaign and comes here on the back of two excellent efforts in defeat behind Bye Bye Hong Kong at Windsor and Zaaki in the Diomed Stakes at Epsom.

The beautifully bred Wadilsafa must concede weight to his four rivals for his Listed win at Sandown last September, though he can be expected to strip fitter for Owen Burrows than when trailing home last of eight at Ascot on his return to action. 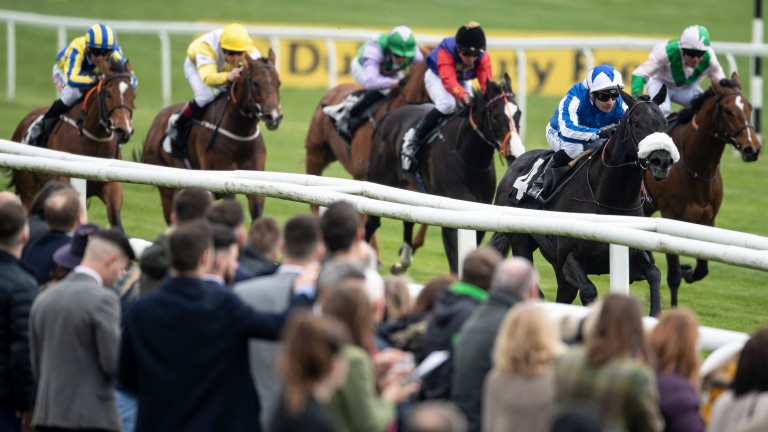 Further intrigue is added by the presence of a pair of three-year-olds in the five-runner lineup.

Happy Power's close third to Safe Voyage reads even better after that horse's runaway success in the Group 3 John Of Gaunt Stakes at Haydock on Saturday.

Raakib Alhawa was well-enough regarded by David Simcock to be tried in the Vertem Futurity Trophy on only his second start last season, and was not disgraced behind Ascot-bound King Of Comedy first time out this season at Sandown in May. 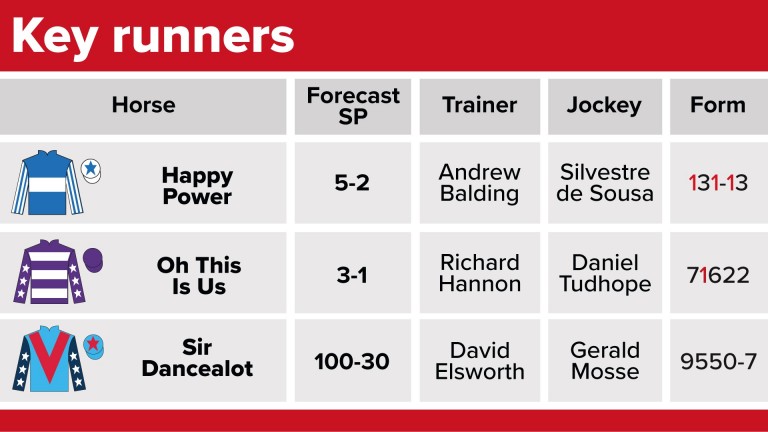 Dane O'Neill has just a 13 per cent strike-rate on his rare visits to York over the last five years, but his four wins from 30 starts have yielded a level-stakes profit of +£17.66. He rides course-and-distance winner Wadilsafa for Owen Burrows.

In the relatively short seven year history of the race, three-year-olds have struck twice from only five runners.

David Elsworth, trainer of Sir Dancealot
He was due to run in the John Of Gaunt Stakes at Haydock last Saturday but we pulled him out as the ground got heavy. He's been fine after the Lockinge and he's in good form. Arguably, he could have just needed the run at Newbury but, even so, if he runs as well as he did there at York it will put him on the premises.

We've got a second half of the season campaign mapped out for him. He's in the July Cup and he's obviously got speed. His trip is not an exact science, but we'll throw our hat in the ring at York.

Andrew Balding, trainer of Happy Power
It was a good run last time against older horses and I think the extra furlong should suit him well. I'm very happy with him and he would love more rain. He's had his form boosted and should run well.

David Simcock, trainer of Raakib Alhawa
He was the fastest of our two-year-olds last year. He is perhaps not where we had hoped he would be but one day he is going to turn into a very nice racehorse and at the moment we're a little bit betwixt and between off a rating of 98.

WADILSAFA was disappointing at Ascot on his reappearance but looked destined for big things last year and this lightly raced four-year-old can get back on track with a win today.
Ben Hutton

FIRST PUBLISHED 6:25PM, JUN 13 2019
Arguably, he could have just needed the run at Newbury but even so if he runs as well as he did there at York it will put him on the premises