The news we've all been waiting for: Tiger Roll given Grand National green light 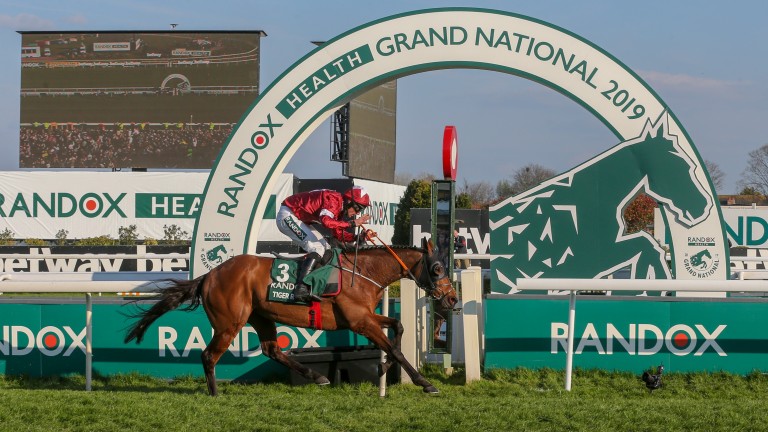 The dual winner of the famous race will return to Aintree provided all goes to plan in his intended prep races at Navan on Sunday and at the Cheltenham Festival.

Red Rum is the only horse to have won three Grand Nationals, achieving his celebrated treble in 1973, 1974 and 1977, but three in a row has never been done and O'Leary revealed to the Racing Post on Friday lunchtime that Tiger Roll will try to attempt the feat.

He said: "We all had a sit down on Thursday night to discuss everything and we've decided Tiger Roll will definitely run in the Grand National provided everything goes okay on his return to action at Navan on Sunday and in the cross-country at Cheltenham next month."

O'Leary's reaction to Tiger Roll only being compressed 1lb to a mark of 170 was initially one of disappointment and he suggested the most famous horse in training might not get his shot at making history.

That unthinkable prospect was knocked on the head on Friday, however, and O'Leary says Tiger Roll will attempt the audacious hat-trick at Aintree provided all goes well at Navan and Cheltenham.

Gordon Elliott, who has not only trained Tiger Roll to win the last two Grand Nationals but also saddled 2007 winner Silver Birch, was understandably thrilled with the outcome of the crucial talks.

Elliott said: "It's great news and hopefully we can get him to Aintree in one piece now. This is about Tiger Roll and nothing else. He's the horse of a lifetime and he's now the people's horse, so it was important that we made an early decision. 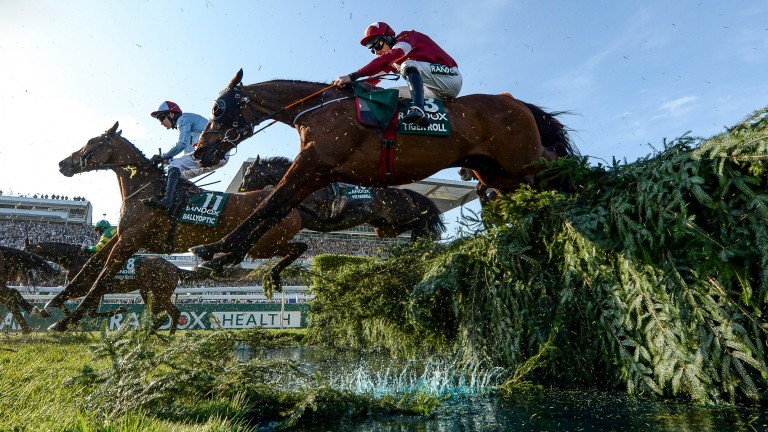 Tiger Roll: will run in the Grand National according to Eddie O'Leary
Edward Whitaker

"People are now coming racing because of Tiger Roll. There will be people at Navan on Sunday who wouldn't be going unless he was running. He has a massive following and we acknowledge that. What could you possibly say about the horse that has not been said already? We might never see the like of him again, certainly not in our lifetime anyway."

Tiger Roll is generally 5-1 favourite for the Grand National, although he is 6-1 with Boylesports, William Hill and Unibet, and is set to reappear in the Ladbrokes Boyne Hurdle at Navan on Sunday under Keith Donoghue.

Elliott is expecting big improvement from what he shows at Navan on Sunday and is not anticipating a repeat of his win in the race last year. He had a chip removed from a joint in mid-November which prevented him from cantering until January.

"He's only been back cantering since January 1 and people shouldn't be expecting fireworks. He'll be ridden out the back and to run well and hopefully he can pass a few horses. If he does that and enjoys himself then it'll be job done."

Tiger Roll will meet old foe Magic Of Light in the Sunday showpiece at Navan as the Grand National one-two were among a blockbuster field of ten declared on Friday morning.

The duo will be joined at Navan by former Stayers' Hurdle winner Penhill, Killultagh Vic and Darasso among others, with a substantial crowd predicted to see the action.

Peter Killeen, Navan course manager, is full of confidence that Storm Dennis will not claim the card, and explained the lengths the course was going to in order to promote the local legend.

More to read on Tiger Roll

A tiger beef roll, a Tiger beer and a Tiger Roll book - what's in store at Navan