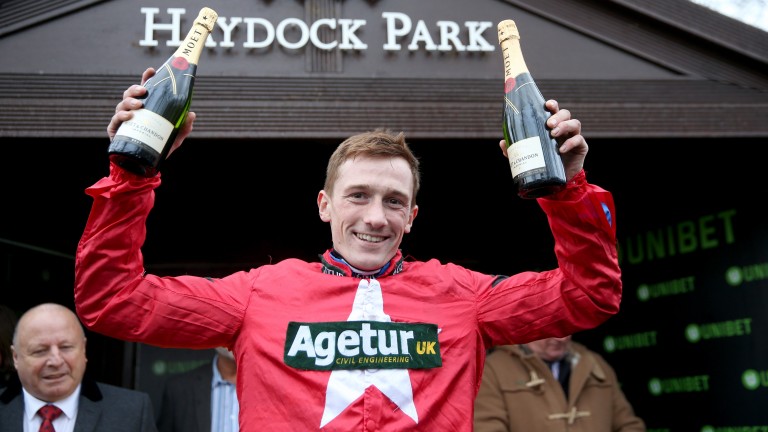 Sam Twiston-Davies on yet another memorable day at Haydock aboard The New One.

The New One has meant the world to me since day one and he's still doing it now on the big stage.

He's ten now and fair play to him – he's a fantastic horse. He was one of the horses, along with Hello Bud and Little Josh, who really helped start me off and to get 20 wins out of him – and be on board for 18 of them – is unbelievable.

He got through the £1 million barrier last time and has nearly paid my mortgage – I'll have to rename my house after him.

Haydock has always been a place he's shown what he's made of – every time he's got in a fight here he's come out on top.

I wasn't sure he was going to pick up Ch'Tibello but you always know he'll run for you when you ask him for that little bit more.

He was excellent and after toughing it out the Stayers' Hurdle looks a really good target. It seems mad to be stepping him up in trip at his age but I'm really looking forward to Cheltenham.

It will be a little bit different but we'll be able to tuck him in for a change and ride a nice race on him. If he's good enough then brilliant, and if not he's still a fantastic horse.

FIRST PUBLISHED 6:00PM, JAN 20 2018
He was excellent and after toughing it out the Stayers' Hurdle looks a really good target. I'm really looking forward to Cheltenham