Richard Birch on a day full of jumping jewels 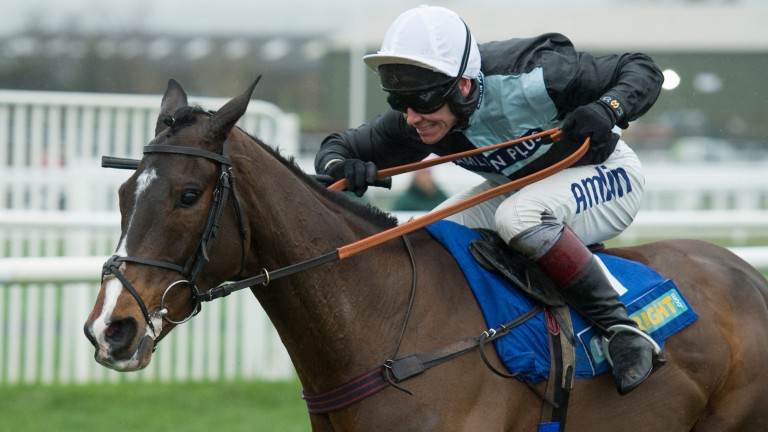 The race now known as the Caspian Caviar Gold Cup Chase may have had more official partners during its history than Elizabeth Taylor, but the one constant has been a fiercely competitive, big-field Cheltenham handicap chase, cherished by horsemen and punters alike.

Inaugurated in 1963 as the Massey Ferguson Gold Cup, the 2m5f contest will also be found in racing’s history books by titles including the Boylesports.com Gold Cup, the Vote A P Gold Cup and the Stewart Family Thank You Gold Cup.

Three horses, Pegwell Bay, Senor El Betrutti and Exotic Dancer, have managed to win both races in the same season and, while that statistic will remain intact after Saturday’s race since this year’s BetVictor winner Taquin Du Seuil has not been declared, many eyes will instinctively be focused on last month’s heroic runner-up Village Vic.

A true lion of the Cheltenham turf who wears his heart on his sleeve, the roar which would accompany if Village Vic were to pass the famous winning post in front under top weight promises to be truly deafening.

Racegoers have embraced the Philip Hobbs-trained gelding over the last 12 months owing to a succession of magnificent front-running displays, none more so than when he thrashed stablemate Champagne West by four and a half lengths in this contest last year.

Although now 22lb higher in the weights, Village Vic only succumbed in the final 50 yards of the BetVictor, and could still be on the upgrade.

His jockey Richard Johnson, who has been in typically irresistible form of late, is seeking a fourth success in the big race following his triumphs aboard Legal Right (1999), Monkerhostin (2004) and, of course, Village Vic (2015).

Another rider who is seeking a fourth win in a big race at Cheltenham’s December meeting is Racing Post columnist Sam Twiston-Davies, successful in consecutive years in the StanJames.com International Hurdle aboard The New One (2013 and 2014) and Old Guard (2015).

Paul Nicholls’ stable jockey hopes to make it four aboard last year’s gallant winner Old Guard, who battled on gamely up the final climb to beat Sempre Medici by a length in a thrilling finish.

In common with another of Saturday’s runners, The New One, it was at one time hoped he would soar up the novice chasing ranks this campaign, but both find themselves chasing the irresistible lure of a £130,000 carrot in a race they know so well.

However, both will probably need to get near to a career-best performance to beat Champion Hurdle runner-up My Tent Or Yours, who not only has ground conditions in his favour, but also a whopping 8lb weight concession from the pair as he attempts to land a first win since February 2014.

Judged on recent renewals it’s a short price that the winner of the Albert Bartlett Novices’ Hurdle will develop into a high-class performer, the last four names to get onto the race scroll of honour being Unowhatimeanharry, Blaklion, Kings Palace and Coneygree.

Six young stayers do battle this time, with the Nigel Twiston-Davies-trained Wholestone seeking to confirm recent superiority over West Approach.

The well-regarded Different Gravey is out to build on last month’s impressive Ascot win when he tackles the Ryman Novices’ Chase and could be one for the festival notebook.

While Cheltenham undoubtedly takes centre stage, there is also good-quality action from Doncaster, where Nicholls will be endeavouring to land the Grade 2 bet365 December Novices’ Chase for a third time in four years courtesy of Present Man.

The champion trainer also fields the remarkable Cliffs Of Dover in the bet365 Summit Junior Novices’ Hurdle in which the prolific son of Canford Cliffs bids for a sixth win from seven starts since sent jumping in late August.

Cliffs Of Dover had a BHA Flat rating of just 64 when he joined the Ditcheat stable. He is now a 140-rated hurdler considered a live Triumph contender by many.

It’s amazing what a change of scenery and a set of hurdles can do.

FIRST PUBLISHED 1:02PM, DEC 10 2016
A true lion of the Cheltenham turf who wears his heart on his sleeve, the roar which would accompany Village Vic passing the famous winning post in front under top weight promises to be truly deafening