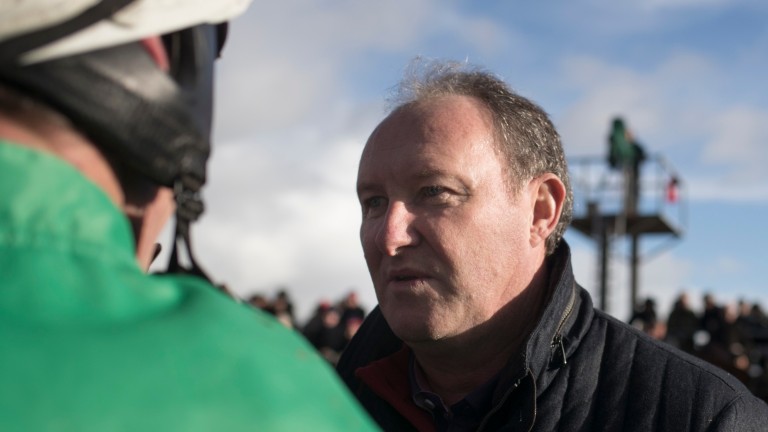 In the 1960s, a full-blooded, agile half-bred boasted peculiar cult status around Athenry.

Green Acres is etched in local folklore for his pseudo celebrity, a shimmering beacon of unlikely athletic prowess who hunted with the Galway Blazers. His legend is enhanced in the medieval town by a fall at the second-last in the members’ race at Carnaun point-to-point when – the story goes – victory was in his grasp.

On that fateful day, when he might have upstaged the thoroughbreds, he was ridden by Gabe Fahy, brother of trainer Pat.

"There'd be nothing else spoken about in the locality from one year to the next, only Green Acres," recalls the Grade 1-winning handler.

"If a half-bred could cause such a stir, you can imagine the excitement Presenting Percy is generating now."

Somehow it sounds like the ultimate compliment and the apocryphal nature of Presenting Percy's campaign enhances the parallel.

"That's true," Fahy guffaws. "But I think people appreciate the mystique. It's a bit different and it all adds to the flavour of it."

Pat Kelly's reticence and elusive personality lend another curious layer to a narrative that really should be dominated by the elemental beauty of a small-scale west of Ireland trainer being responsible for the market leader in jump racing's pinnacle event in the Cotswolds.

It's a David versus Goliath Gold Cup fairytale but Kelly's enigma is a competing plot.

One theory has it that Kelly, who trains around 20 horses in the village of Craughwell, years ago took umbrage at a reporter's endeavours. Another holds that he simply doesn't want to attract undue pressure.

An amused Meade recalls: "I actually said to him at Gowran Park recently, 'Well, Pat, how are you handling the pressure?' He said to me, 'Don't worry, Noel, there's no pressure on me. It doesn't bother me in the slightest.'

"He was quite relaxed about it all. It is probably not in his own interest to be so media-shy, but maybe at this stage he feels superstitious about it. You could say it has worked for him up to now!"

After Mall Dini won the Pertemps under Davy Russell in 2016, Kelly mused: "Ah, sure this is the Olympic Games, isn't it?"

Asked if such a high-profile triumph might be good for business, he replied: "I prefer to be small."

In the same winner's circle a year later, Presenting Percy having emulated that feat, Kelly again let his guard down briefly when the press vultures descended.

"You don't make a living out of this. It's a way of life. It's not about money," he uttered before turning on his heels.

Last year, after that utterly sublime RSA Chase success, his thoughts were kept prisoner. Kelly knows that sporting achievement is ultimately about deeds, not words, and that history tends to be written by winners, not journalists, so we live on scraps. 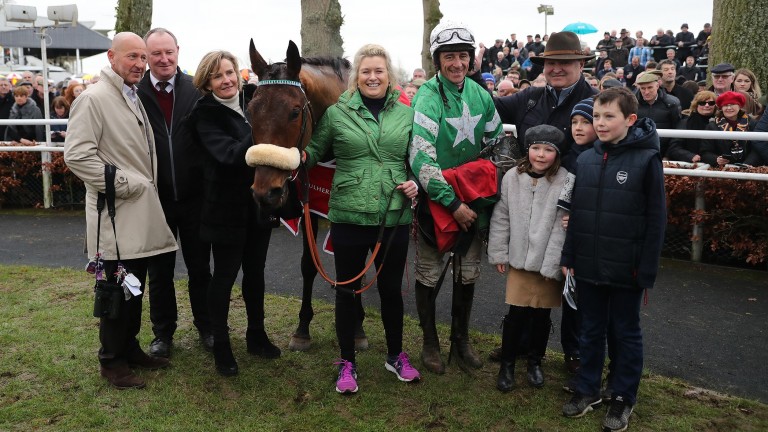 Fahy is 59 years of age and of the same vintage as Kelly. They sat alongside each other in Presentation College in Athenry and knocked around with local trainer Tommy O'Brien after school.

Then they signed up as amateur riders with Pat Hughes in County Carlow. Fahy remains in the Midlands but knows Kelly better than most.

For all that the caricature of his classmate portrays a shy and slightly awkward individual, Fahy suggests it's an inaccurate depiction.

"Pat is fierce well liked in Athenry," he says. "He is a funny guy and people love having the craic with him. He is very witty."

Further proof that Kelly's resistance to the media shouldn't be mistaken for diffidence was evident when trainer Denis Hogan spoke on the Cheltenham preview circuit last week.

"I was down in the yard and congratulated Pat after the RSA last year," Hogan recalled. "He thanked me, patted the horse and said, 'We'll win the Gold Cup next year'."

Hardly the expression of a shrinking violet.

After Kelly’s stint with Hughes, he transferred to the renowned Tom Costello nursery in County Clare in the mid-1980s.

When Philip Reynolds asked Kelly to source him a nice horse to rekindle their lapsed association, it was two years before he heard back. When he did, Tom Costello jnr was the port of call, selling them Mall Dini in 2014 and then Presenting Percy a year later.

"Pat doesn't seek the limelight and he isn't someone who would go into a lot of detail about a horse – he mightn't articulate it – but he has always had a certain intuition," Costello says. "Anything he would say would be spot on." 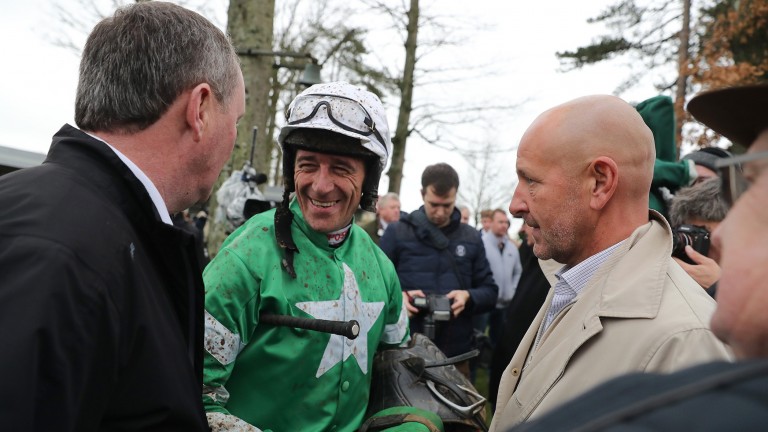 On setting up on his own after leaving Costello’s, Kelly, who was caught up in the cobalt controversy last year when his point-to-point winner Warnedorf tested positive somewhat inexplicably, promptly made a name for himself by twice combining with Jason Titley to plunder Galway Hurdles with Natalies Fancy (1992) and No Tag (1995).

He has endured some barren spells and has only once saddled more than 100 runners and returned a yield in double figures, a ratio of 15-117 coming all of 25 years ago. Such largesse seemingly wasn’t his thing and his recent Cheltenham Festival record of three wins from five runs with two horses epitomises his selective approach.

The combination of his reclusive nature, unconventional methods and unerring prowess have prompted both Reynolds and Russell to describe him as a genius. Maybe he is, but it is also worth noting that when similarly resourced peers like Tom Foley, Fergie Sutherland, Colm Murphy, Jim Culloty or Charles Byrnes have had the material they also knew how to deliver.

Invariably it comes down to the horse. Nonetheless, Kelly’s eccentric style is pretty unique.

"Ah, not with him, genuinely," Russell reflected last year when asked if Kelly's alternative RSA prep for Presenting Percy had worried him.

"Jason Titley told me, 'Don't be surprised to see him in over hurdles'. And that's the route he took. I don't know what he does with him, but he's a brilliant man."

If, come the Gold Cup, Kelly again succeeds in executing an audacious route to glory, his legacy will be complete.

Presenting Percy is already the new equine hero Galway needs, but he might not be done just yet.

FIRST PUBLISHED 6:00PM, MAR 14 2019
The combination of his reclusive nature, unconventional methods and unerring prowess have prompted Reynolds and Russell to describe him as a genius