The most moving moments in Grand National history: Foinavon 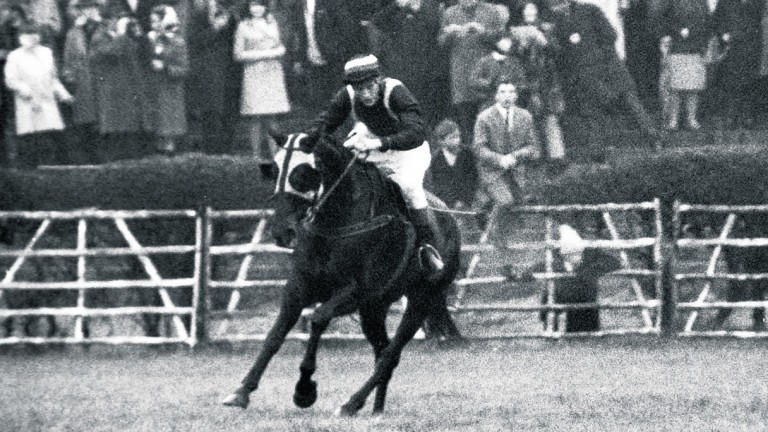 Foinavon and John Buckingham are out on their own after safely negotiating the pile-up at the 23rd fence
1 of 1
By Graham Green UPDATED 12:41PM, APR 5 2019

Foinavon's victory in the 1967 Grand National after avoiding the 28-horse pile-up at the 23rd fence remains firmly etched in the memory, so frequently is the melee, accompanied by Michael O'Hehir's distinctive commentary, brought out of the television archives.

Foinavon's success was so unexpected his owner Cyril Watkins and trainer-jockey John Kempton chose to go to Worcester with another horse, and John Buckingham came in for the ride only after three other jockeys turned down the mount.

For the first circuit and a half Foinavon ran like a no-hoper until the race was brought to a virtual standstill after two horses refused at the smallest fence on the course and swerved across the field.

The following horses slowed down as they were not travelling fast enough to jump the fence and either fell, or stopped abruptly, in some cases throwing their riders over the fence, while others started to run the wrong way back up the course.

For several moments it looked as though none of the runners would survive until Foinavon, who was some way behind the leaders, emerged on the scene and somehow negotiated his way through the chaos. 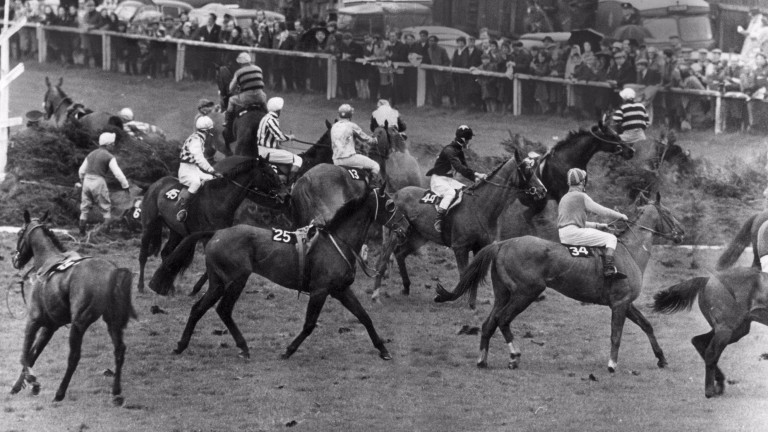 Chaos reigned in the 1967 National after Popham Down ran across the field
As jockeys scrambled around to catch their mounts, the 100-1 shot had stolen a lead of around a furlong and after jumping the Canal Turn he was still 30 lengths clear with six obstacles left.

Seventeen horses were remounted and gave chase. The favourite Honey End closed the gap to within 20 lengths by the final fence, but Foinavon was able to hold on to his advantage on the run-in. Red Alligator, who won the following year, finished third.

The incident is invariably replayed on Grand National day and in 1983 the Aintree executive officially named the 23rd the Foinavon fence in memory of one of the most improbable triumphs in National history Buckingham, whose name was synonymous with Foinavon, retired in 1971 and became a jockeys' valet, in which capacity he became an established Aintree personaility, looking after 14 National-winning riders over the next 30 years.

Foinavon ran in the 1968 National, but there was to be no repeat of his fairytale success. He was brought down at the 16th.

FIRST PUBLISHED 2:56PM, APR 1 2019
For the first circuit and a half Foinavon ran like a no-hoper until the race was brought to a virtual standstill