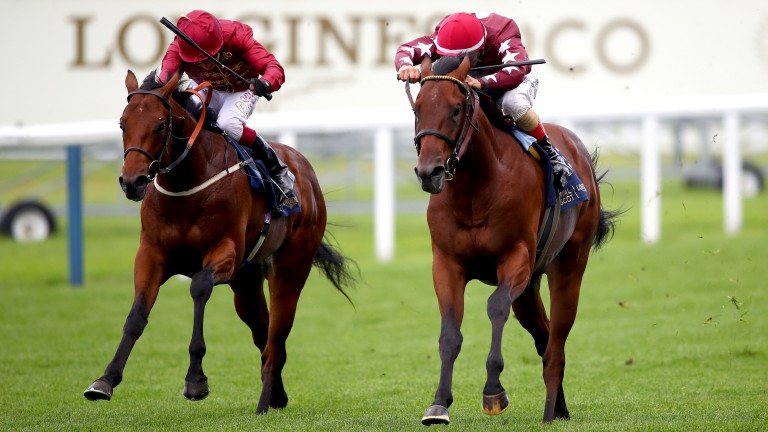 Breeders' Cup hope The Lir Jet familiarised himself with going around a bend for the first time during a racecourse gallop at Chelmsford on Saturday morning.

Winner of the Group 2 Norfolk Stakes at Royal Ascot in June, the Michael Bell-trained juvenile was ridden by Oisin Murphy over six and a half furlongs with a senior lead horse and finished full of running.

The Lir Jet has been campaigned exclusively at sprint distances this season but will go into unknown territory over a mile in the Breeders' Cup Juvenile Turf at Keeneland on November 6.

A 16-1 chance with Paddy Power, the Qatar Racing-owned colt has run only on straight tracks, most recently when fifth in the Group 1 Middle Park Stakes at Newmarket in September.

The son of Prince Of Lir will be a first Breeders' Cup runner for Bell and is set to fly out to Keeneland next weekend where he will join a strong contingent of British and Irish-trained runners. 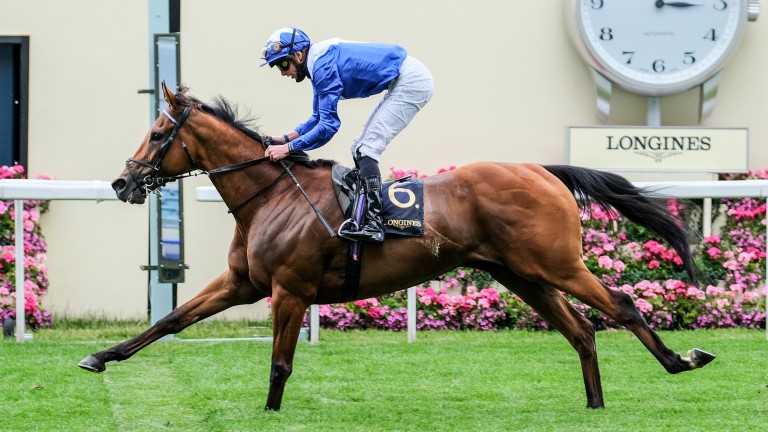 Murphy said: "The exercise was to send The Lir Jet left-handed for the first time and he seemed to handle it well.

"He's holding his coat very well for the time of year and full credit to Michael Bell and his team. It was a worthwhile exercise and he finished off strongly, so I would be hopeful he could get a mile around a sharp track like Keeneland."

The four-year-old was handed a 'win and you're in' invitation to the Breeders' Cup Turf after winning the Prince of Wales's Stakes at Royal Ascot in the summer and will step up to a mile and a half for the first time.

Gosden said: "Lord North has long had an invitation to the Breeders' Cup and the plan is to send him plus the fillies Mehdaayih and Terebellum. The last pair have come out of their recent races in good shape and are in the Filly & Mare Turf which should suit both."

FIRST PUBLISHED 8:00AM, OCT 25 2020
The exercise was to send The Lir Jet left-handed for the first time and he seemed to handle it well

Enable: how decades of patience produced the perfect storm of a racehorse 'You have to see him when he talks about Enable - he literally glows' 'Dirt shouldn't trouble Dubai Warrior' - Gosden targets Maktoum Challenge 'He's at the right end of the handicap' - Doyle teams up with Gosden challenger