The latest going update from Doncaster and inspection news from Carlisle 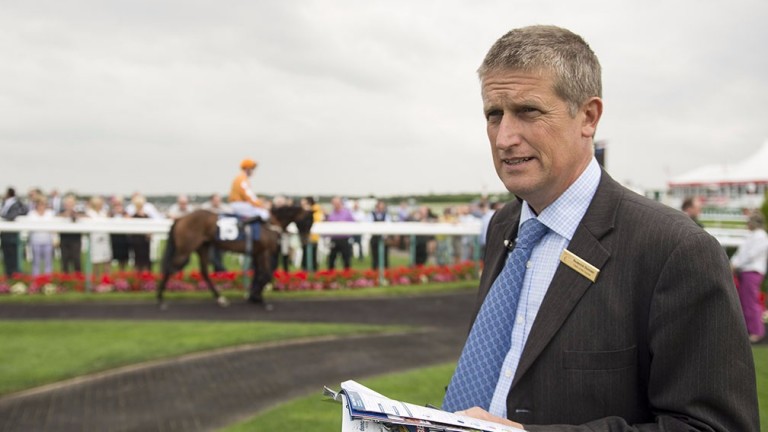 Clerk of the course Roderick Duncan reports strong wind at Doncaster
Edward Whitaker
1 of 1
By Mark Scully UPDATED 10:03AM, SEP 13 2017

The William Hill St Leger Festival kicks off on Wednesday afternoon and before the serious business of the year's final Classic on Saturday, there is the fun of the Clipper Logistics Leger Legends race to enjoy.

Elsewhere, Carlisle will race after passing a morning inspection, while they are jumping at Uttoxeter.

Evening racing is in much shorter supply now but there is something to keep racing fans going as the sun sets, with Kempton hosting an eight-race card on the Polytrack.

Good (GoingStick 8.1 at 6.30am on Wednesday). No racing for last five weeks, divided bends. Hurdlers just on inside line, chase course at full width. Race distances as measured.

Soft, good to soft in places (GoingStick 6.9 at 6.30am on Wednesday). The round course will be railed out from about 1m2f until the round joins the straight. Race six, about six yards added.

Clerk of the course Roderick Duncan said at 7.25am: "We had just 2mm of rain last night but we've had phenomenal winds all through the night.

"You could nearly walk round without getting your feet wet this morning – it's drying. They're not going to break any records today because this wind is blowing straight down the straight but it will be drying it."

As well as declarations for later in the week at Doncaster, keep an eye out this morning for entries for the Racing Post Trophy at the same course a little later in the year. We are also expecting acceptors for Newmarket's Middle Park, Rockfel, Cheveley Park, Royal Lodge and Cambridgeshire.

Tom Segal has taken a look at the Guinness Kerry National and has made a couple of suggestions.

Nick Watts, meanwhile, has a tip at Doncaster and you only need ten seconds to find out what it is.

Racing Victoria handicapper Greg Carpenter said he would be "bitterly disappointed" if Order Of St George did not accept the challenge of carrying top weight in November's Emirates Melbourne Cup. It sounds like he is not going to get his wish.

Closer to home, the Cheltenham Festival will feel a bit different next year after the BHA announced the introduction of 48-hour declarations throughout the meeting. Read what our man Andrew Scutts makes of the move here.

There is also racing from Hong Kong on Wednesday and we have you covered with a selection of tips.

There is a second night of Uefa Champions League action to look forward to on Wednesday. Our expert team previewed the action earlier this week.

The Clipper Logistics Leger Legends race has firmly established itself as a part of the wider St Leger festival and much credit has to go to all of those who have worked hard to make that happen. The race brings a sense of fun to the opening day, although make no mistake, it is serious business for all competing once it gets under way.

FIRST PUBLISHED 8:05AM, SEP 13 2017
They're not going to break any records today because this wind is blowing straight down the straight but it will be drying it