The King Of Brega bids to hang on to his crown 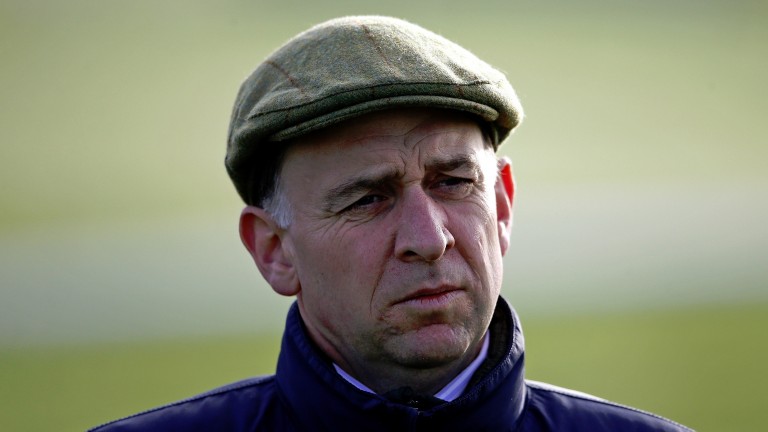 Henry de Bromhead: looks to have a strong chance of landing the fifth leg of the Tote Pick 6 with All Hell Let Loose
Alan Crowhurst
1 of 1
By Brian Sheerin 9:31AM, JUL 9 2017

The Galway festival looms large on the horizon and this race offers one of the final opportunities for horses to lay claim to a place at Ballybrit for the week-long bonanza.

Henry de Bromhead will be hoping The King Of Brega can land back-to-back successes in this race despite the fact he is set to carry 7lb more than he did 12 months ago.

The Waterford trainer has a strong back-up challenge too, in the shape of top-weight Heron Heights and three-time winner Full Cry.

The King Of Brega: will be bidding to repeat last year's success in this race
Alain Barr

Not what it says on the tin

This race is not quite like Ronseal. It may be known as a Galway Plate trial but none of the past 11 winners of this race have gone on to even run in the Galway Plate.

Henry de Bromhead, trainer of Heron Heights, Full Cry and The King Of Brega
The King Of Brega is in very good form and won nicely over hurdles at Downpatrick last time. He won this race last year and we're hoping he can run well again. Heron Heights was a little bit disappointing when sent back over hurdles at Tramore last time but had previously run a great race in defeat over three miles at Punchestown. Full Cry ran nicely at Ballinrobe on his last start.

Michael Hourigan, trainer of Hash Brown
I'm hoping he'll run well but he'll need to jump a lot better than he has of late. He seems to be schooling well, but I wouldn't say we're confident.

Noel Meade, trainer of Net D'Ecosse
He's been racing a little lazily and Jonathan [Moore] said the blinkers might help him after he finished second at Down Royal last time, so we're hoping they can bring out some improvement. He seems to enjoy the fast ground. He could be Galway bound but we'll take it one day at a time. 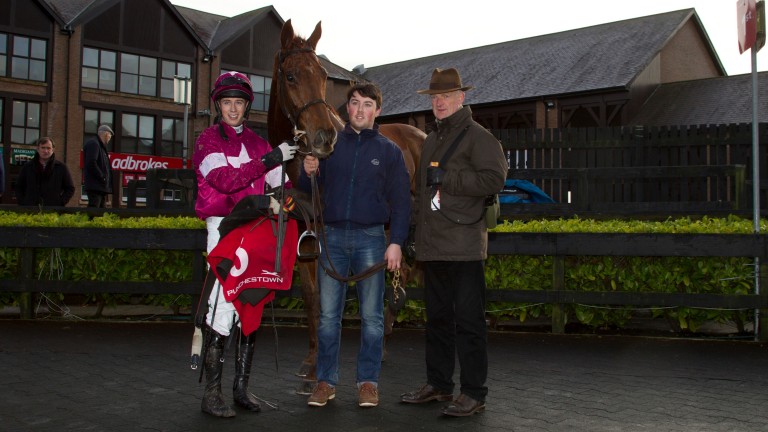 Net D'Ecosse: will wear blinkers for the first time and could head to Galway after this
Patrick McCann

Joseph O'Brien, trainer of Marchese Marconi
He ran well on his first run back from a break in a two-mile handicap chase at Wexford last month and we've been happy with him since. I think the step up in trip will bring out some improvement and I'm looking forward to running him.

David Fitzgerald, trainer of Stonehall Jack
We ran him back too soon after Roscommon when he ran no sort of race at Punchestown. A few of ours scoped dirty at the time and while this fella was grand he might not have been 100 per cent as he never seems to run a bad race. We've freshened him up since that disappointing run and are looking forward to running him. He needs genuine good ground to be at this best and conditions should be perfect. The Blazers could be on his agenda at Galway if he runs well here.

Charles Byrnes, trainer of Rock On Fruity
He’s in good form and his last two runs at Kilbeggan were grand. He's been knocking on the door but it would be hard to be overly confident.

FIRST PUBLISHED 6:00PM, JUL 8 2017
He needs genuine good ground to be at this best and conditions should be perfect.