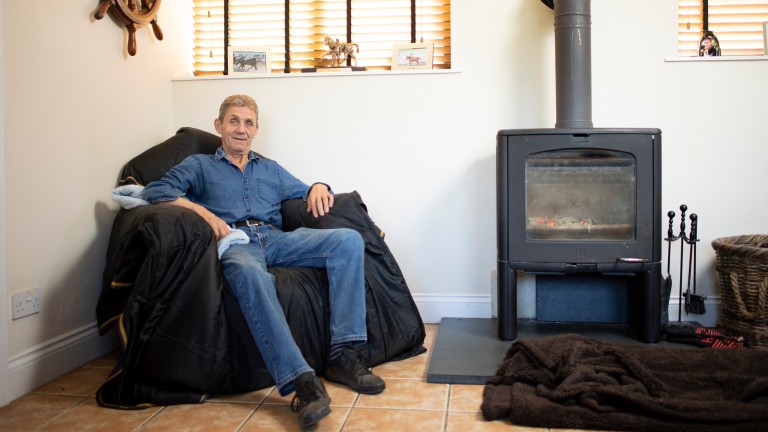 We saw there were only six others confirmed and then people complain about prize-money, I just find it stupid
David Menuisier criticises the growing trend of small fields in British Group 1 races after only seven were initially declared for the Eclipse

As long as there are bookmakers and punters, the gamble involving Destriero and The Illiad at Cheltenham will go down as one of the great stories. It's up there with any Barney Curley story. He was a great advert for the game. You only have to look at him paying the tax man so he could come to Cheltenham – who else would do that?
Mike Dillon, former director of public relations at Ladbrokes, on the legacy Noel Furlong leaves behind following his death at the age of 83

Reunited with Monica Wakefield after 39 years!

Monica was Sea Pigeon’s groom. It was wonderful to see her again. pic.twitter.com/TrOJYatLkg

I went to put my foot on the clutch and I couldn't lift my foot up. My left arm went really heavy and weak and I couldn't touch the gearstick or anything. And then my speech started to go as well
Conditional jockey Aidan Macdonald, who is keen to return later this year, relives the shock of suffering a stroke at the age of just 21

I want to share the adventure with people and really promote a different image of horseracing. There are an awful lot of people who think it's a sport reserved for millionaires, and that's really not the case. You can take five per cent in a horse, you can bet on a race, there are loads of different ways of getting involved
NBA all-star Tony Parker reveals his ambition to win the Prix de l'Arc de Triomphe

We have reserved the name SOUTHGATE which is the name of our training yard and obviously the @EnglandFootball manager @GarethSouthgate If you have a passion for both sports & would like a horse in training with us get in touch...not long until the yearling sales pic.twitter.com/Cu5vAgOAGV

If you'd seen where I'd fallen from, you'd see I got away lightly. I'm lucky, I mend quite quickly!
Trainer Geoff Harker was back at Thirsk, his local track, for the first time since falling 20 feet through a shed roof on to concrete in April

The kidneys are fine, which is amazing given what I'd done to them. The specialist said that while he'd usually advise somebody in that state that they could have a couple of drinks when they felt like it, with me he just said I should never drink again
Royal Ascot-winning trainer David Evans remembers his battles with alcoholism

'I'd never go back to the supermarket - who wants to queue up and waste time?'

FIRST PUBLISHED 6:00PM, JUL 3 2021
You only have to look at him paying the tax man so he could come to Cheltenham – who else would do that?

'We were hurtling down the M11 on the way home when he overtook a police car' 'Anyone can get a horse fit - it's placing them that separates the good and bad' Richard Hannon snr: 'Why do you want to talk to me? I'm nearly dead!' 'A friend of mine told me to lighten up. He said that wasn't me on the telly'
Bookmaker
Price
E.W. Terms
bet365
Open Account
Ladbrokes
Open Account
William Hill
Open Account
Coral
Open Account
Paddy Power
Open Account
Betfair
Open Account
Sky Bet
Open Account
Sporting
BetVictor
Boylesport
888sport