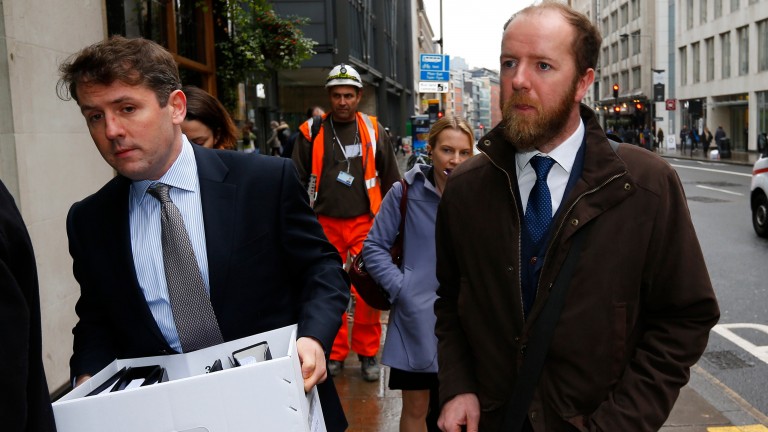 What penalty did Jim Best receive from the disciplinary panel on Monday?
Best was suspended for six months, with no fine, after being found in breach of two counts of rule (C) 45 and one count of rule (A) 30. Rule (C) 45 says trainers must ensure horses they send to the racecourse run on their merits to obtain the best possible place. Rule (A) 30 requires people to act in a manner that is not prejudicial to the integrity, proper conduct or good reputation of racing.

What is the difference between being disqualified and being suspended?
A disqualified individual may not train, be an owner or agent, enter a licensed premises or, indeed, run an equine pool. They may not lease a horse to a third party or work in a racing stable without having permission to do so from the BHA. Being suspended, like Best, simply means a person cannot make entries or hold a licence. Otherwise they can do anything a regular person with a racing interest may want to do, like go racing or to the gallops. There is also another type of suspension where trainers yards run as normal but they are prevented from making entries during the ban.

What happens to Best’s horses now?
That is up to the owners. If they want them to race then they would have to move to a new trainer or another licensed trainer would have to take over at Best’s yard. However, if the owners want to keep them with Best and let him look after them then they can do that.

What happens when Best’s suspension ends?
Best's ban period is believed to go past the date at which he would have to apply for a licence renewal, so he will have to go through the same processes any other trainer renewing their licence would go through. Therefore, like any other would-be trainer, he might not automatically receive his licence.

FIRST PUBLISHED 6:54PM, DEC 13 2016
Being suspended, like Best, simply means a person cannot make entries or hold a licence. Otherwise they can do anything a regular person with a racing interest may want to do, like go racing or to the gallops