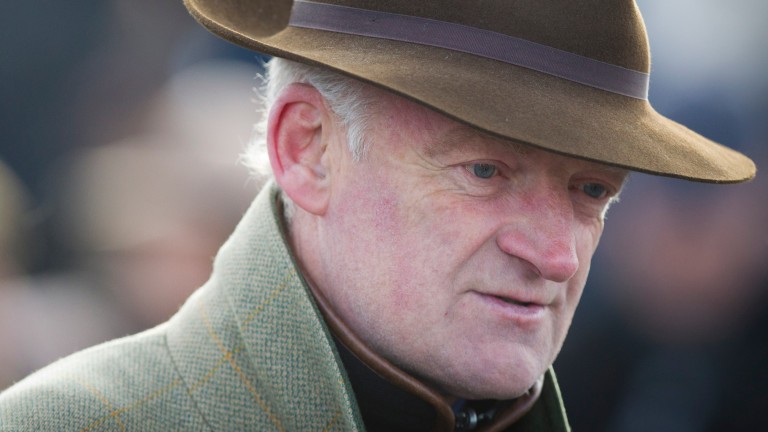 Willie Mullins: has a number of good chances at Tipperary on Sunday
Patrick McCann
1 of 1
By Mark Scully 7:01PM, MAR 10 2017

One of the many elements that adds to the intoxicating cocktail that is the Cheltenham Festival is its rivalries. Trainers take on trainers, jockeys battle with fellow jockeys and tens of thousands of racegoers look to ruin the year for bookmakers.

Every year has its own special rivalries and here we consider the big clashes that could define next week's spectacle:

Why it matters:
Way back at the start of the current jumps season, Gigginstown took the sensational decision to part company with Ireland's champion trainer Willie Mullins following a row over training fees, spreading their not inconsiderable firepower around various other handlers.

Mullins insists he has not formulated plans for his own string based on foiling those of his former owners but it is very hard to imagine that should a Closutton inmate get a verdict in a photo after a mammoth battle up the hill with a runner carrying the famous maroon silks with a white star, the trainer will not be smiling just that little bit wider afterwards.

Why it matters:
Many had hoped we would literally see these two clash in the Betway Queen Mother Champion Chase but just because Altior is sticking to novice company in the Racing Post Arkle does not mean the competition between the two is over.

The pair are the most talented and exciting horses in training and racing fans are already salivating at the prospect of them locking horns in 2018. Both are expected to win handsomely next week and their respective performances are sure to be examined forensically in the aftermath.

What the bookmakers say:
Who will win by the furthest? Altior 8-11, Douvan 11-8 (William Hill)
Which race will be won in the fastest time? Arkle 8-11, Queen Mother Evens (Ladbrokes)

Why it matters:
Come on, seriously - what else matters? Bookmakers are still having nightmares about last year's pummeling and now they're bracing themselves for more, with Friday afternoon looking particularly ominous thanks to the likes of Defi Du Seuil and Death Duty.

There is no other week in the calendar quite like Cheltenham for both punters and the bookies, with the latter perhaps holding a narrow advantage going into the week thanks to the astonishing number of high-profile absentees.

Why it matters:
The BHA's chief handicapper has been persona non grata with many among Ireland's racing fraternity in recent weeks after his handicapping of their horses prompted outrage and accusations of bias, including from Gigginstown's Eddie O'Leary who called the Grand National a "post-Brexit handicap".

Smith has been happy to publicly face up to the criticism and defend his stance, producing more numbers than the Treasury as he bids to prove he is not putting people off or handicapping horses unfairly.

The proof of the pudding will ultimately be in the eating, but this rivalry adds some extra spice to the traditional Britain v Ireland contest.

Why it matters:
Racing has staked much of its future prosperity on switching from Channel 4 to ITV as its free-to-air broadcaster, a deal which meant numerous lesser meeting were moved to the less prestigious ITV4 channel.

Next week, however, racing at Cheltenham takes centre stage on ITV in what is the first big test of a gamble that left a bitter taste in the mouths of many associated with Channel 4. Recently, former Channel 4 presenter Graham Cunningham predicted ITV would have lost three million racing viewers against Channel 4 by the start of Cheltenham, and that the sport would end 2017 with ratings at an "all-time low".

Racing is betting that ITV will bring racing's best days to a larger TV audience than Channel 4 could, but should ITV fail to build significantly on the viewing figures achieved by their predecessor some will begin to question whether the decision to move channel was correct.

Why it matters:
There are surely few people who pay as much attention to weather forecasts as Cheltenham clerk of the course Simon Claisse. From the turn of the new year, Claisse's battle with the elements is among the most crucial for any punter looking at having a bet at Cheltenham. 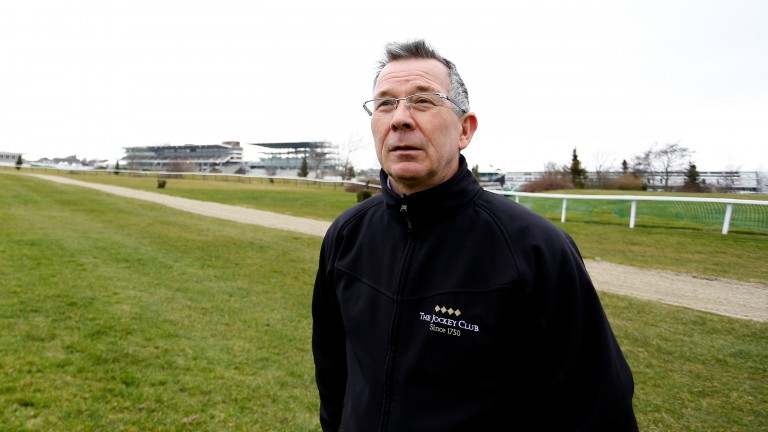 Simon Claisse: clerk's every meteorological utterance will be hung on
Alan Crowhurst

The 2017 weather offering looks set to be more benign than it has been in other recent years, when Claisse has had to contend with high winds, freezing temperatures and torrential rain. Nonetheless, Claisse's every meteorological utterance will be hung on between now and next Friday evening.