The inside track from connections as Enable bids for Oaks double 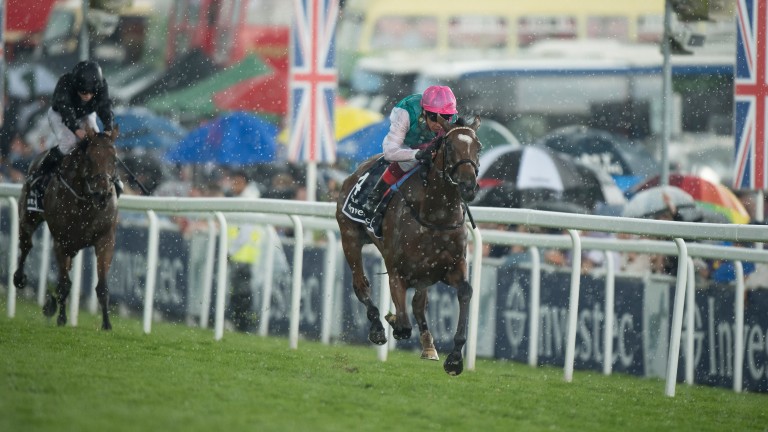 Only one trainer has prevented Aidan O'Brien from completing a sweep of the British and Irish Classics so far this year, and John Gosden is out to reaffirm that he owns the middle-distance division for fillies with Enable.

Seven Classics into the campaign O'Brien has landed six, misfiring only in the Oaks at Epsom, where Enable carried out a savage pruning of the odds-on Rhododendron as she romped to a five-length triumph.

Only Alluringly, who was 11 lengths behind Enable in third that day, survives of the O'Brien squad for the Curragh rematch.

Enable bids to become the first horse since Snow Fairy in 2010 to complete the Epsom Oaks-Irish Oaks double.

The Nathaniel filly followed in the footsteps of Taghrooda, the 2014 Gosden-trained winner who won with ease at Epsom, but Sheikh Hamdan's Classic winner went on to land the King George VI and Queen Elizabeth Stakes instead of heading to Ireland.

But owner Khalid Abdullah's preference was for the Curragh Classic, in which Enable will be joined by stablemate Coronet, the Oaks fifth who bounced back to win the Ribblesdale Stakes at Royal Ascot.

Gosden, who last won the Irish Oaks with Great Heavens in 2012, said: "They are two very nice fillies and and deserve to take their chance.

"They say the ground has dried out over there and they are selectively watering, but it's overcast rather than sun and wind, which is good as Enable wouldn't want the ground too quick.

"She's out of a Sadler's Wells mare, so prefers good ground, as she had at Chester and Epsom. She's been in good form at home since the Oaks and it's always been the plan to come here."

Frankie Dettori, who returned from a shoulder injury on Thursday, partners Enable seeking his first win in the race since 2003, while Coronet's partner Olivier Peslier has never won it. 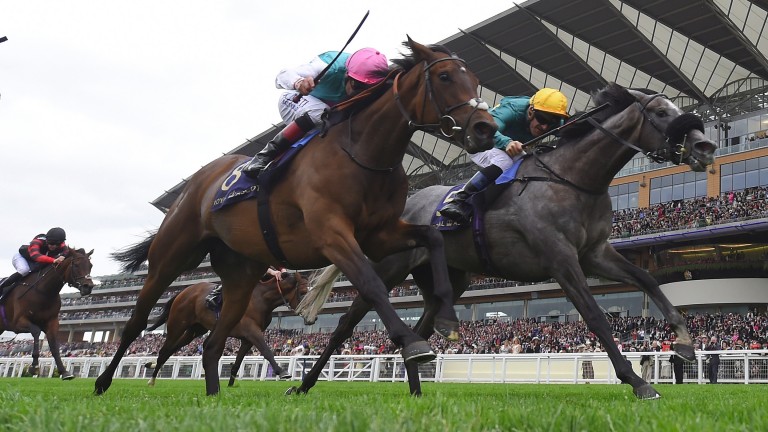 Gosden added: "Coronet likes quick ground as she showed when winning the Ribblesdale. She came out of that in good order and deserves to have a shot."

Rain Goddess out to make a splash

Rain Goddess and Alluringly represent Aidan O’Brien in his quest for a sixth Darley Irish Oaks, with Seamie Heffernan, who landed the Classic for Ballydoyle on Seventh Heaven a year ago, bidding for back-to-back victories when he partners Rain Goddess.

Runner-up in the Group 1 Pretty Polly Stakes at this course on her most recent start, Rain Goddess, a daughter of Galileo, was doing her best work in the closing stages of that 1m2f event. This will be her first time tackling one and a half miles.

O’Brien said: “Rain Goddess ran very well in the Pretty Polly and is in good form. We're trying a new trip, so we'll have to see how things go but we're happy with her." 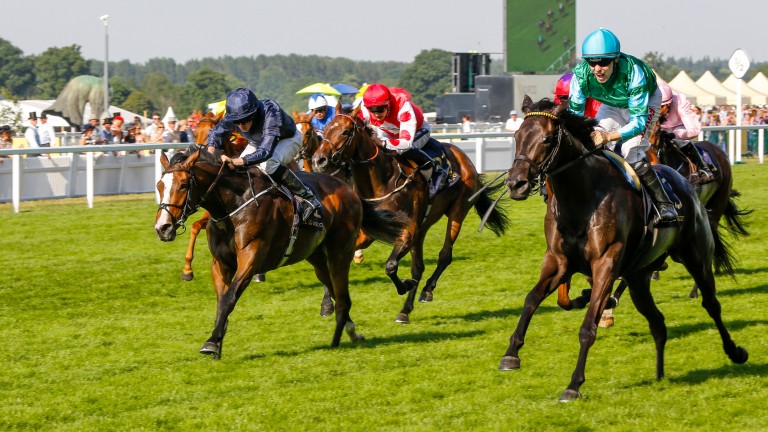 Alluringly, the mount of Wayne Lordan, has twice been beaten by Enable, finishing second to Saturday's big-race favourite in the Cheshire Oaks before finishing third, 11 lengths behind John Gosden’s filly, in the Investec Oaks.

Only sixth behind Gosden’s Coronet, a rival again here, in the Ribblesdale Stakes last month, she appears to face a big task, and O'Brien said: "We don't know why Alluringly ran so disappointingly at Ascot but she seems to be in good form and takes her chance."

Rest of the field

Dermot Weld, John Oxx and Jim Bolger have all won the Darley Irish Oaks on two occasions and the trio will be hoping to grab at least a share of the prize-money when they take on hotpot Enable.

Weld, successful with Blue Wind in 1981 and Dance Design in 1996, is represented by the Aga Khan-owned Eziyra, a Group 3 winner over seven furlongs at the track last season. She was tackling the Oaks trip for the first time when second in a Listed event on her reappearance at Leopardstown last month.

The daughter of Teofilo was hooded for her Group 3 victory and will be similarly equipped today, having raced without the headgear last time.

Weld said: “Eziyra is a very consistent filly and I'm expecting a nice run from her. She's in good form and I hope the trip will suit. The hood is back on to help her relax." 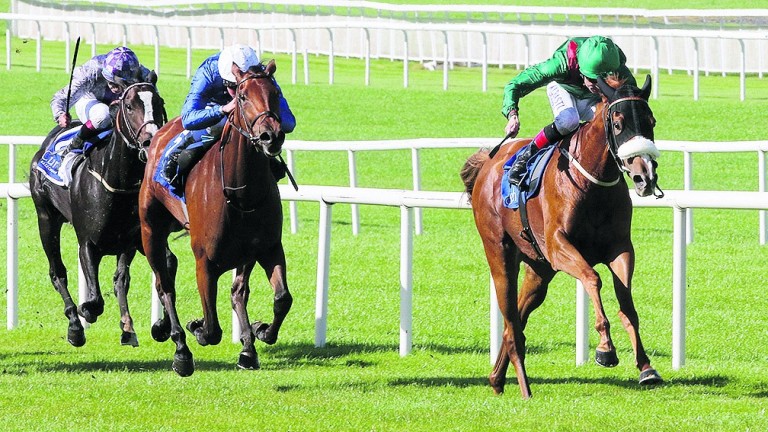 Oxx, whose two Oaks wins were achieved in consecutive years by Ebadiyla (1997) and Winona (1998), is represented by Bengala, the mount of stable jockey Declan McDonogh, and Naughty Or Nice, whom Colin Keane rides for the first time.

Oxx said: “Both fillies are in good form. We’d have liked a little ease for Bengala but we’ve decided to let her take her chance. They’ve been watering, so the ground should be perfectly safe. She's been a bit keen so we’re putting on a hood to help her relax.

“We took Naughty Or Nice to Royal Ascot hoping to find out more about her in the Ribblesdale Stakes, but it turned out to be a bit of a disaster as her saddle slipped and we learned nothing.

“She had won her first two races and is in very good form. Ground doesn’t seem to matter to her, but we’re going into the race a bit blind because of what happened in the Ribblesdale. Both fillies look short of what will be required on ratings, but I don’t think we’ve seen the best of them yet.”

Bolger, successful with Give Thanks in 1983 and Margarula in 2002, runs the Godolphin-owned Bean Feasa, who will be going the distance for the first time, as will Intricately, who finished fourth in the Irish 1,000 Guineas and sixth in the Pretty Polly Stakes.

Joseph O'Brien said of Intricately: "We've been happy with her since the Pretty Polly. We can't be sure about the distance but we think she should be okay at the trip."