The holy trinity: Champion Hurdle proves the most elusive to the big names 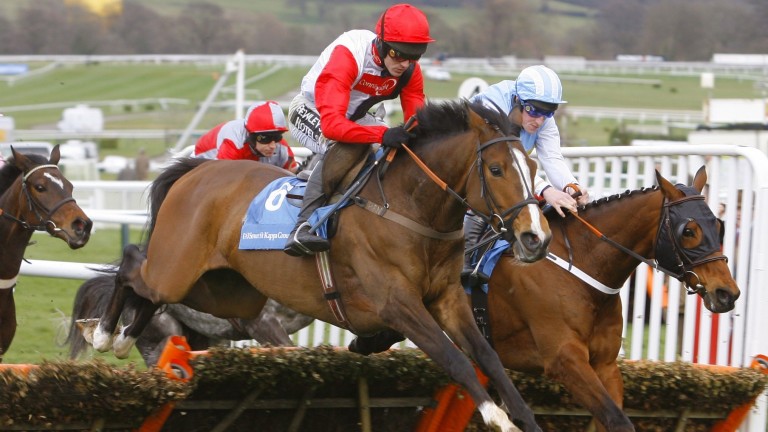 So near yet so far: Celestial Halo jumps the last just in front of winner Hardy Eustace in the 2009 Champion Hurdle
MARK CRANHAM
1 of 1
By Bruce Jackson 7:49PM, FEB 20 2018

But four training giants have come close, including Nicky Henderson, who has the favourite for all three races this year in Buveur D'Air, Altior and Might Bite.

Dreaper achieved what nobody else training today could manage in getting Flyingbolt within four lengths of completing the treble in the  Champion Hurdle.

That much is quite literally in the rules now. The current welfare of the horse initiative would have prevented Flyingbolt running in the race, because 24 hours earlier he had won the Champion Chase!

Those exertions must have contributed to a defeat by three lengths and three-quarters by the Johnny Haine-partnered Salmon Spray and 20-1 outsider Sempervivum.

Of course, it was the incomparable Arkle who took care of the third leg, completing his hat-trick in the Gold Cup. 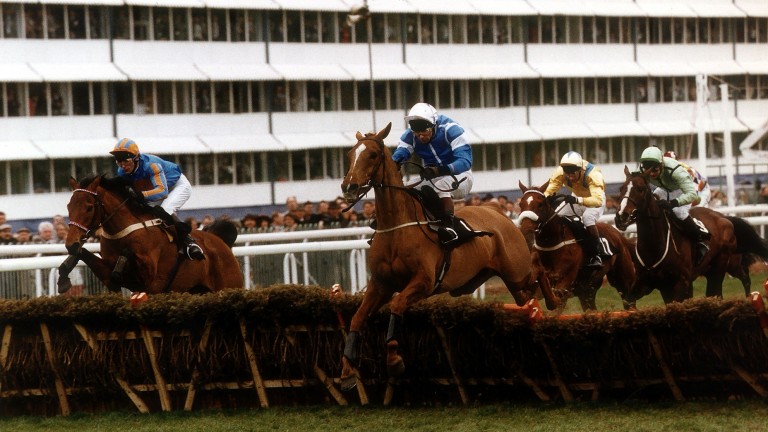 Granville Again (Peter Scudamore) jumps the last ahead of Royal Derbi (left) on his way to Champion Hurdle success in 1993.
Unknown

Martin Pipe only won one leg, the Champion Hurdle, in 1993 but came mighty close to the treble with his other two contenders both leading over the last only to finish second.

Peter Scudamore got Granville Again home in the Champion Hurdle from Royal Derbi with the likes of Kribensis and Morley Street well beaten.

He then rode Cyphrate in the Champion Chase the next day and looked set for the double, only to be beaten three-quarters of a length by Deep Sensation.

It was the same story for Richard Dunwoody on Rushing Wild in the Gold Cup, as Jodami swept by up the hill to beat him two lengths.

Paul Nicholls can lay claim to having gone closest, with two winners and a second in 2009, although in truth the dream was over before it started as Celestial Halo was beaten by 22-1 outsider Punjabi, trained by Henderson.

With Master Minded (4-11) and Kauto Star (7-4) in their pomp with Denman as back-up and ultimately second in the Gold Cup there was little doubt surrounding the Champion Chase and the Gold Cup as it proved.

That neck defeat actually prevented Nicholls from landing a scarcely believable grand slam, as Big Buck's, in the same Andy Stewart silks, got the better of the Henderson-trained Punchestowns in the Thursday's Stayers' Hurdle (then known as the World Hurdle). 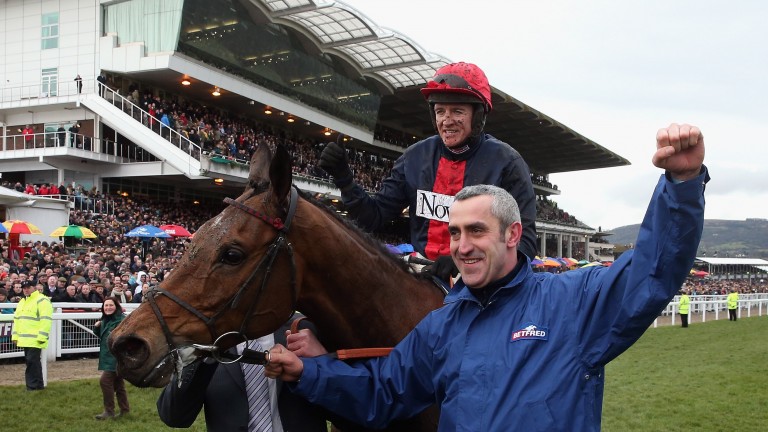 This was the Cheltenham Festival's winningmost trainer Nicky Henderson's best effort to date in the big three but again the first leg, the Champion Hurdle, which he has won six times, proved the fly in the ointment.

Henderson saddled 2010 winner Binocular, who finished fifth behind Hurricane Fly, a place ahead of 50-1 outsider Kyber Kim with Grandouet, going well when falling four out.

Sprinter Sacre (1-3) in the Champion Chase and Bobs Worth (11-4 favourite) in the Gold Cup took care of the other two legs along with Simonsig winning the Arkle to give Henderson three championship Grade 1 winners, helping him to a first trainers' championship since 1987.

FIRST PUBLISHED 7:49PM, FEB 20 2018
Paul Nicholls can lay claim to having gone closest with two winners and a second

New measures can ensure they are all well looked after Henderson: racing must heed Panorama warning over traceability of retired horses