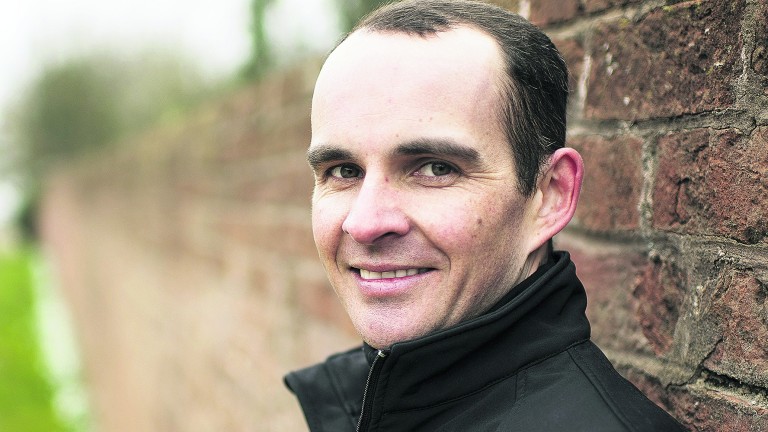 Home is the hero. The boy from Arundel came home yesterday, and his family and his friends and those who knew and loved him were there to meet him at the great cathedral on the hill.

The inscription on the order of service read ‘a celebration of life’, but the bright Sussex sun shone down on an occasion so suffused with sadness that even the cathedral ushers had tears running down their cheeks. Liam Treadwell died last month. He was only 34.

Liam Treadwell was a jockey by trade. He was a good jockey. He won the Grand National and many, many other races besides. But he was also a little boy delighting his teachers at school, an adolescent begging his parents to be allowed to ride horses, a young man successfully making his way in the world. All these Liam Treadwells came home to Arundel yesterday.

As the funeral cortege made its solemn pass through the little roads around Castle Stables, where John Dunlop once trained, where Liam Treadwell’s parents Lorraine and Mark once worked, and where their fine son first sat on a horse, those little roads were lined with local residents who would have known the little boy, the adolescent, the young man, and remembered him well. They came to the ends of their gardens to applaud his coffin as it passed slowly through the patches of sunlight and shade cast by the overhanging trees. Liam Treadwell seems to have been a man who was very easy to remember. 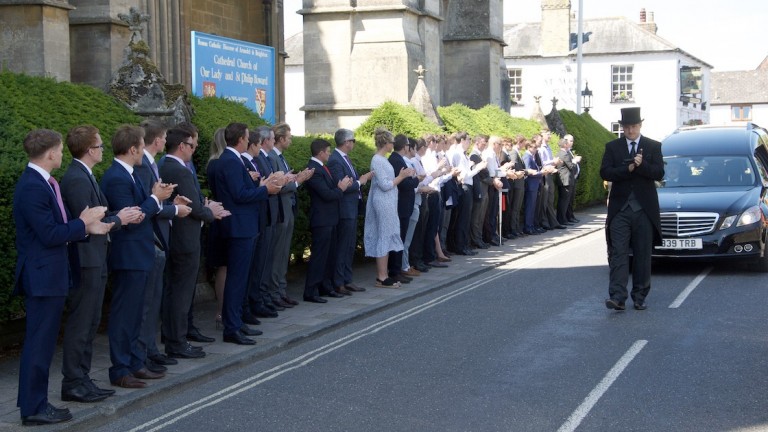 You, reader, know Liam Treadwell because of that exceptional day at Aintree in 2009, when he rode Mon Mome to victory in the world’s greatest steeplechase at the memorable odds of 100-1. You might remember the nerveless, down-the-inner ride he gave the outsider, or the way he punched the air with delight as they crossed the line, or the subsequent television interview that showcased his innate modesty, his endearing air of disbelief at reaching the zenith of his profession, and the wide, proud smile he wore so well.

Others remembered other things. Canon David Parmiter spoke of a man who was a great gift to his family, his friends and his sport, and whose death meant the loss of so much potential. Many funerals honour a life well lived, become an occasion of joyful recollection strewn with grandchildren and saucy stories, almost a celebration rather than a commemoration. Not this one.

Yet between the tears there were moments to leaven the sorrow, just a little. His former head teacher at St Philip’s Catholic Primary School, just a few yards up the road from the cathedral, recalled a little boy who was an excellent team player, who always did his best, who never made a fuss when things went wrong, who was popular with his friends and teachers alike, who played the recorder and impressed with his artwork.

“He was a dream pupil,” she said. “He never showed off or boasted, he was the boy everyone wanted to have on their team. In his final report I wrote ‘Very well done, Liam. You’ve made everyone very proud of you’.”

Outside, their heads bowed in the sun, a crowd of mourners listened to the service, among them Venetia Williams, trainer of Mon Mome and a staunch ally of Treadwell’s, and a host of his friends and former rivals from the weighing room. Each had their own memories of Liam Treadwell to summon up amid the silence.

Then Liam Treadwell’s uncle Trevor came to the pulpit to read a letter written by his mother Lorraine, the sort of unendingly sad, almost unendurably sad letter a mother should never have to write, the sort of letter that is impossible to imagine writing. Yet somehow she wrote it, and Trevor read it out, and all those who loved Liam Treadwell listened.

They heard of 25-yard screamers on the football pitch, of a snapped stirrup iron on his first canter and the capable way he overcame it, of the first clippings from the Racing Post about a promising young Flat apprentice, all the minor milestones of a boy’s life that a mother must remember. 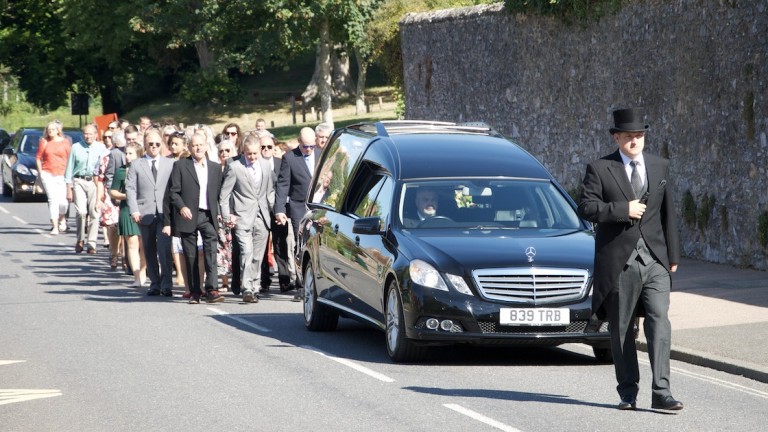 “Liam never wanted to let anyone down. He was surrounded by friends and family who loved him. But his head injury, his cumulative concussions, took a toll on his personal life. Getting a decent night’s sleep, getting the rest he needed, was an issue for him.

“But still Liam had plans for today, tomorrow and the future. He had a new role with trainer Alastair Ralph, there was joy in his life again.”

“Our lives were richer for Liam being there. And I’ll end as I always do. Love you squillions. Mum.”

Once upon a time Liam Treadwell’s name went around the world in an ecstasy of glory, ten minutes of fame everlasting for the rider of the Grand National winner. His name is inscribed forever in the record books. Yesterday, though, it was instead written on the funeral’s order of service, chiselled into a plaque along with his dates, carved deep into the hearts of all those who knew him.

Home is the hero. If only the journey had taken Liam Treadwell longer, much longer.

FIRST PUBLISHED 6:30PM, JUL 22 2020
He was a dream pupil. He never showed off or boasted, he was the boy everyone wanted to have on their team