The Frankel files: how Cracksman's sire has fared so far 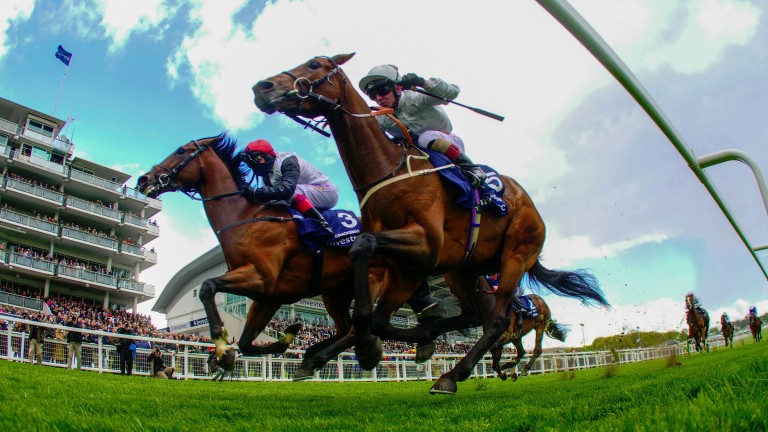 Cracksman and Frankie Dettori (left) grab Permian in the final stride at Epsom last month
Mark Cranham
1 of 1
By Zoe Vicarage 6:00PM, MAY 17 2017

Cracksman becomes the latest son of the mighty Frankel to put his credentials on the line for his sire when he lines-up in the 11-runner Betfred Dante Stakes on Thursday.

Since the turn of the year the dual world champion has supplied a number of three-year-old winners, several of them at Pattern level, and while they have yet to yield a first Classic scorer as a stallion, he is the sire of 2016 Grade 1 heroine Soul Stirring, victorious in Japan.

On these shores it is the likes of Martyn Meade's Craven Stakes winner Eminent who has flown Frankel's flag but he could only finish sixth behind Churchill in this month's 2,000 Guineas.

Dream Castle, who found one too good in Barney Roy in the Greenham Stakes, went one better than Eminent to be fifth. A day later Frankel's daughter, Fair Eva, was fifth behind Winter in the 1,000 Guineas. 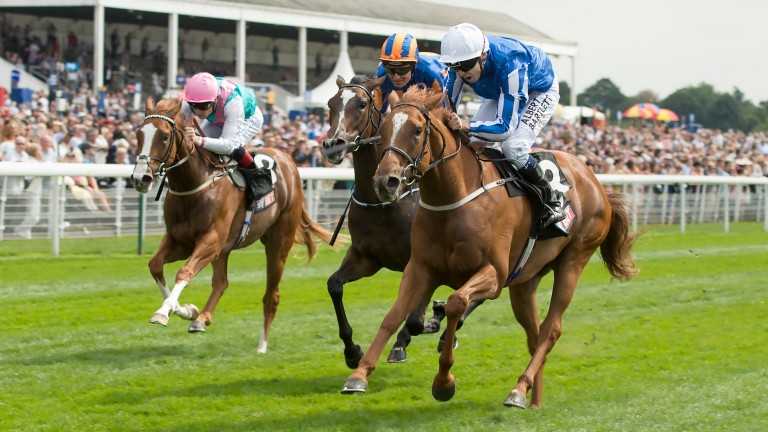 In the past week Finche, Yaraki, Mori and Zefferino have all won as three-year-olds to further add to the tally of winners Frankel has supplied from his first crop.

John Gosden last month sent out Cunco, who was the sire's first runner and first winner, to land the Group 3 bet365 Classic Trial in gutsy fashion.

Cracksman, also trained by Gosden, was last seen winning the Investec Derby Trial and his form has since been boosted with Permian winning the Listed Newmarket Stakes on 2,000 Guineas day.

He is not the only son of Frankel to contest the Dante as David Elsworth sends out Swiss Storm for his seasonal reappearance having got off the mark on his second start in a Newbury maiden last September.

Earlier this year Godolphin strengthened their hand for the Classics as they bought Elsworth's half-share in the colt. With the wraps set to come off Swiss Storm on Thursday, he – along with Cracksman –could further their sire's record with his three-year-olds and give him yet another stakes winner.

If either of them do, there is no doubt they will be a leading contender for next month's Epsom Derby and continue their sire's excellent start in his second career.

FIRST PUBLISHED 6:00PM, MAY 17 2017
He is not the only son of Frankel to contest the Dante as David Elsworth sends out Swiss Storm