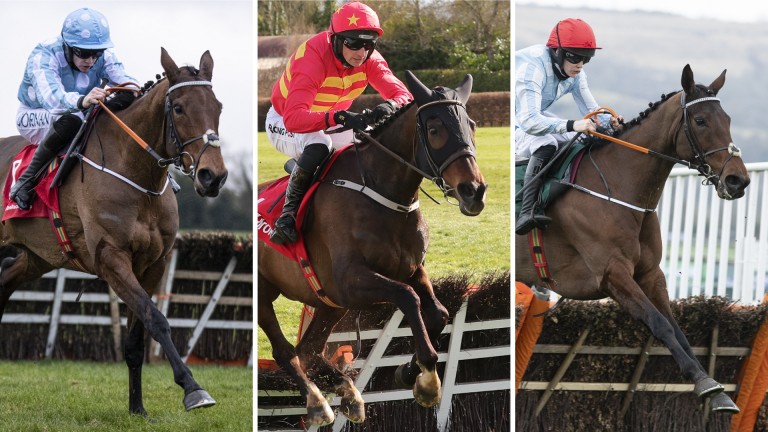 Entries for the Gold Cup, Champion Chase and Ryanair Chase for the 2022 Cheltenham Festival were revealed last week but on Tuesday it was the fields for the top races over hurdles which began to take shape.

The entries for the Champion Hurdle and Mares' Hurdle, which form part of a glittering opening day's racing on March 15, and the Stayers' Hurdle were unveiled.

Each week further fields will be released as we edge closer to four days of top-class jump racing in the Cotswolds.

Total entries: 23
The key horses: Honeysuckle was identified as the banker of the meeting last season and she has the same status this year. A dazzling winner of last season's hurdling showpiece by six and a half lengths, the mare has maintained her unbeaten record in two subsequent outings and remains the one to beat.

Appreciate It was also a wide-margin winner on the opening day of the Cheltenham Festival last season when he stormed clear in the Supreme Novices' by 24 lengths. He has not been since but is a fascinating new challenger to Honeysuckle.

Sharjah and Epatante, who picked up second and third in the race last season, have both won at Grade 1 level already this season and are contenders again. Former winner Buveur D'Air is also an interesting name in the potential line-up.

Total entries: 33
The key horses: Klassical Dream has been a revelation since moving into the staying hurdling division and he jumped to favouritism with some firms after his nine-length victory at the Punchestown festival last season. He backed that up on his only appearance this season and the 2019 Supreme winner looks the one to beat.

Champ emerged as a potential contender when striking in the Long Walk Hurdle at Ascot last month. That was seen as a preparation before going back over fences but his impressive win has prompted a rethink.

Total entries: 28
The key horses: Telmesomethinggirl scored at the Cheltenham Festival last season and tops the betting for the Mares' Hurdle for trainer Henry de Bromhead. She was a promising third at Leopardstown last time out over Christmas.

Heaven Help Us is another who was victorious at the meeting in 2021 and the Coral Cup heroine finished ahead of Telmesomethinggirl last time. The winner at Leopardstown, Royal Kahala, is also entered.

Stormy Island is another strong challenger from Ireland, while Martello Sky, successful at Sandown on Saturday, is another to note.

Long-range shout: 'Every chance she could improve'

The Mares' Hurdle looks much more open than it typically does so I would be keen on Queens Brook at a big price, as she is in form and has run well at the Cheltenham Festival previously.

Her third in the 2020 Champion Bumper behind Ferny Hollow and Appreciate It looks strong form now and, having failed to step forward last season, is now showing her class over hurdles.

She progressed from a good second to win in really nice style at Fairyhouse, showing a smooth hurdling ability and hitting the line well over this distance. Queens Brook will need to improve again but there is every chance she could.
James Stevens, reporter

FIRST PUBLISHED 3:32PM, JAN 11 2022
She will need to improve again but there is every chance she could