Ebor Festival ONE STEP AHEAD 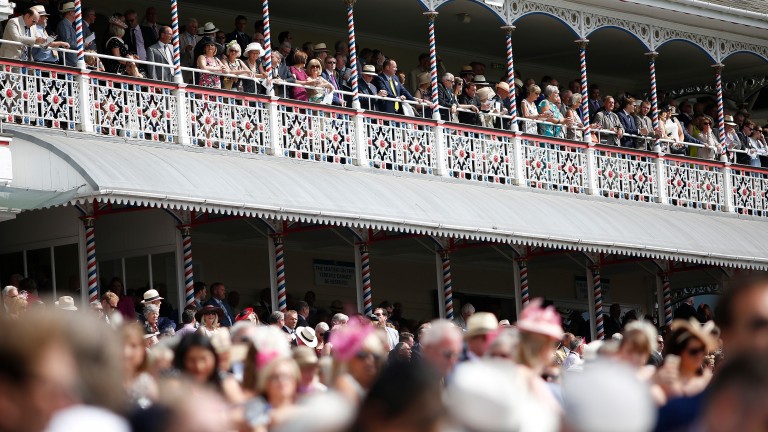 York's Ebor meeting commences this week, but the betting markets have already seen plenty of action. James Stevens takes a look at the chances of some of the big-race favourites in a bid to identify potential flaws.

Poet's Word is seeking a third Group 1 victory on the opening day of the Ebor festival. Sir Michael Stoute's four-year-old has enjoyed a phenomenal season, winning the Prince of Wales and the King George VIand Queen Elizabeth Stakes this summer.

That form sets a high standard, and his trainer has won this a record six times, including with Ulysses last year. However,Poet's Word faces a field of top-quality rivals this time. 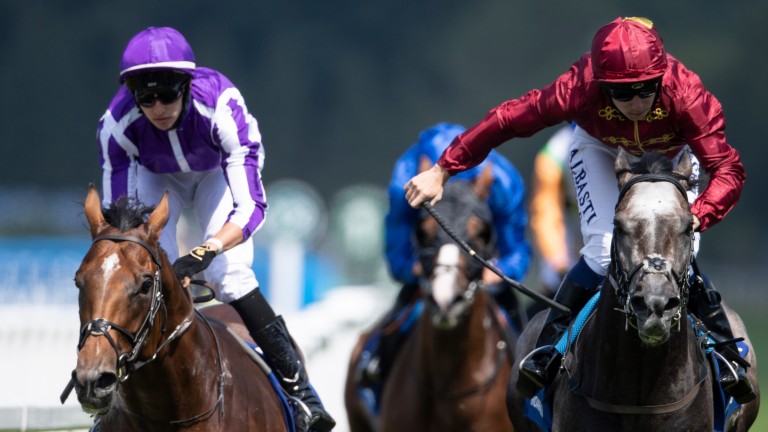 There was little to separate Eclipse first and second Roaring Lion and Saxon Warrior and both will receive 7lb from the favourite. Meanwhile, Group 1 winners Benbatl, Thunder Snow and Without Paroleare among a number of big nameswho could head to the Knavesmire.

Support or avoidIt has been a superb year for Poet's Word, but handing 7lb to Roaring Lion and Saxon Warrior will be a huge test. The former was a brilliant winner of the Dante over course and trip and can follow up his stylish Eclipse victory.

If a whole host of stars in the JuddmonteInternational is not exciting enough, then look no further than Thursday's Yorkshire Oaks, which features Irish, English and French Classic winners.

There would be no better birthday present for William Haggas than to see Sea Of Class land the 1m4f Group 1. She got home late totake the Irish Oaks a month ago, although running as if she had much more to give this season, and is 13-8 favourite for this.Shehas huge potential, but in this toughcontest a fair bit more will be required.

Forever Together was just a neck behind her at the Curragh and the English Oaks winner sets a high standard. Karl Burke's exciting Laurens returns to Britainafter two highly impressive Group 1 wins in the Prix Saint-Alary and Prix de Diane, and there is very little between these three on ratings.

Coronet and Magic Wand, winners of thelast two runnings of the Ribblesdale, also enter the Yorkshire Oaks equation while progressive Eziyra and Night Music feature in what looks a outstanding renewal.

Support or avoidFor me, this is the most interesting Group 1 of the season, but I have been so impressed by Sea Of Class and I think she will take a lot of beating here. Her Irish Oaks win was superb, and if she has improved even further I think she'll have way too much class.

Stradivarius is just one step away fromlanding the Stayers' Million, a six-figure bonusfor a horse who wins the Yorkshire,Ascot and Goodwood Cups before taking this 2m contest.

The John Gosden-trained star has proved classy and tough when battling to win the three other legs. He may not have won by huge margins but has answered every question asked of himand looks set to call the tune again.

He will need to give 3lb to his rivals, but his chances took a significant boost when Goodwood Cup runner-up Torcedor was sold to Germany– only Torcedor and Vazirabad had put the Stayers' Million in any significant danger. On all form, if Stradivarius runs his race he should win.

Support oravoidI will be very surprised if Stradivarius does not win this, and in a comfortable manner, but Count Octave looks to hold good each-way value. He will love the conditions, and was only a neck behind Stradivarius at Royal Ascot last year.

For many, the banker of York's four-daymeeting will be Battaash in the Nunthorpe. Since finishing fourthin this race ayear ago the Charlie Hills-trained sprinter has made rapid process, with superb wins in the Prixde l'Abbaye and a dominant four-lengthvictory at Glorious Goodwood last time out.

That run was as visually dazzling as it was strong form, and it is hard to envisage anything being able to produce such an effort.

The main concernforBattaash backers remains whether he can keep his cool– he failed to stay calm in the preliminaries last year andblewhis chance. He is more mature this season, and his wind-op will have helped, but his character remains a concern.

Blue Point beat Battaash when they met at Royal Ascot, but the race wasn't run in Battaash's favour and the bookies expect himto reverse the form.

Support or avoidBattaash was outstanding at Goodwood last time and remains a sprinter with serious talent. He was beaten here last year, and by Blue Point at Ascot, but I think this will be his big day.

At this stage Willie Mullins has 11 entriesfor the Ebor, but Stratum is by far his leading hopeinEurope'srichest handicap.

A convincing winner at Newbury last time, the five-year-old has been raised 8lb following his three-length win, and for many of his backers he remains a Group-class prospect on a low handicap mark.

Yet it is his low mark that coulddamage his chances, ashe will need six to drop out of the handicap for him to sneak in at the bottom of the weights. More worryingly, no Ebor favourite has won since 2007.

Among his rivalsisNakeeta, who willbid to become the first back-to-back Ebor winner since 1923. Recent winners Sir Chauvelin and Teodoro boast big chances and the Saeed Bin Suroor-trained Game Starter is an interesting contender. He was three from three last season, but hasn't been seen since September.

Support or avoidThe Ebor is always a ferociously competitive race, and at his price Stratum is poor value, considering he may be given a terrible draw or face traffic in running. Game Starter is a big, progressive horse who has a likeable profile, whileChelkar is another who could be worth following.

FIRST PUBLISHED 1:54PM, AUG 20 2018
That run was as much visually dazzling as it was strong form, and it's hard to envisage anything in the field being able to produce such an effort