Craven meeting ON THE HQ BEAT

The buzz is building in Newmarket with Classics on the horizon

David Milnes on the horses and trainers who may make headlines 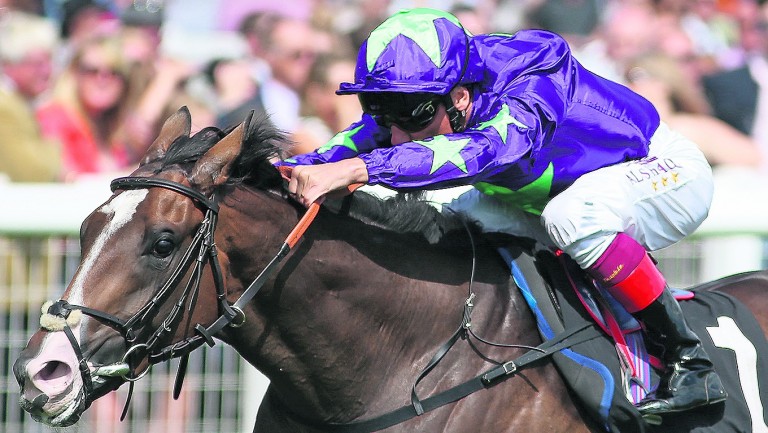 How is Newmarket shaping up?

There's no finer place to be than on Warren Hill on February 1, when every horse is a potential flying machine and everyone is living the dream.

On the whole, the strings would appear to be more forward than in most years, which is mainly down to the grass canters being usable when they were needed most through February and March.

Sir Michael Stoute, John Gosden and Godolphin have already hit the board, and Godolphin must have a new map after being spotted on the remote Waterhall training grounds for the first time in 25 years.

Can HQ keep any of the Classics at home this year?

Last week's setback to Prix Marcel Boussac winner Wuheida was a major blow to our chances in the 1,000 Guineas, which we last won with Blue Bunting in 2011.

In her absence, Dabyah, who chased home the Godolphin filly at Chantilly, could fill the void and we will know more after she has trialled in the Fred Darling at Newbury on Saturday. 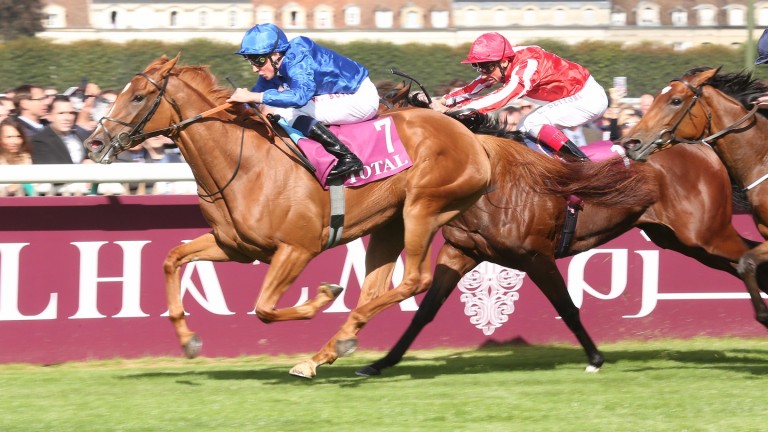 As for the 2,000 Guineas, last year's winning trainer Hugo Palmer could provide a live outsider in the shape of Escobar. Owners Jennings Carmichael have even taken the trouble to ship in their Irish sprint handicapper St Brelades Bay to use as a lead horse for their hope, kicking off with a racecourse gallop on the Rowley Mile this week.

After Golden Horn propelled John Gosden to a second title in 2015, last year was a rebuilding one at Clarehaven – which could be about to reap rewards.

The return from the wilderness of Jack Hobbs set the ball rolling in March, when he ran out an easy winner of the Dubai Sheema Classic, and there is no reason why he can't make up further for lapsed time at Royal Ascot and Longchamp.

The three-year-olds, such as the Frankel pair Monarchs Glen and Cracksman, are already to the fore in the Investec Derby picture, so there's plenty of optimism around along the Bury Road.

How is Roger Varian settling in at Carlburg?

Just like Carlburg's former owner Clive Brittain, Roger Varian was almost always first on the Heath, but he looks to be taking a more laid-back approach this year now he is on the doorstep of the key Limekilns training grounds and the Al Bahathri Polytrack.

The trainer has also recently discovered a decent turf facility known as Railwayland for his juveniles, so there could be some early two--year-old winners from this quarter.

Any names in the training ranks to watch?

The return of David Lanigan to his old stomping ground of the Hamilton Road is interesting, and it will be fascinating to see how Hugo Palmer fares with his runners from his second yard at nearby Yellowstone Park. 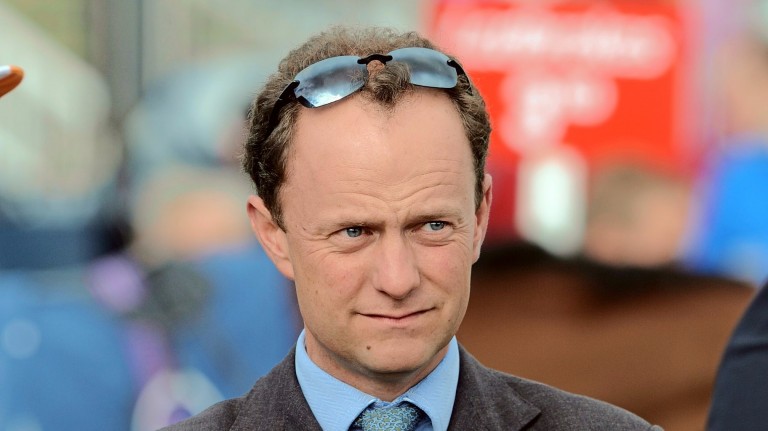 David Lanigan: got a confidence booster into Mitchum Swagger

Of the young guns George Scott has a nice bunch of two-year-olds, as does Henry Spiller.

Any big-ticket items at HQ?

Although purchase price is no guarantee of success, the two 2.6 million guineas joint-top lots at last year's Tattersalls October Sales are now trained in Newmarket.

Glorious Journey is with Charlie Appleby, and Emaraaty with John Gosden. Both colts are by Dubawi.

One of the most shocking incidents in Newmarket this spring was the injury to former jockey Allan Mackay, who remains in Addenbrooke's Hospital in Cambridge. 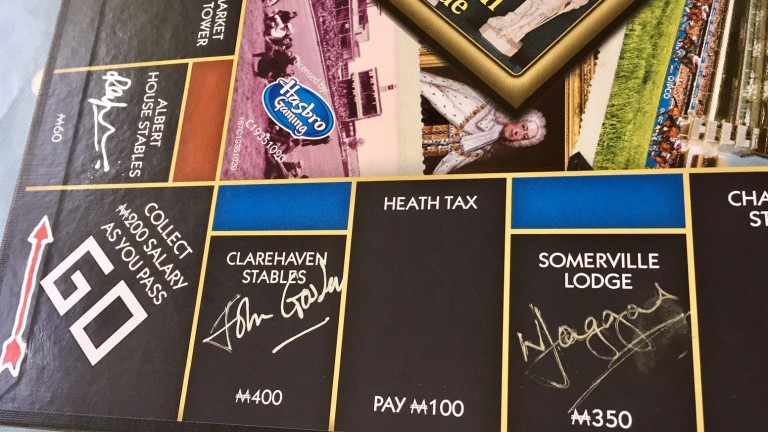 Trainers have signed a Newmarket version of Monopoly to raise money for the Injured Jockeys Fund, with Allan Mackay at the forefront of their minds

To raise money for the Injured Jockeys Fund, Newmarket trainers and jockeys have kindly signed a copy of the almost-out-of-print Newmarket Monopoly. To make a bid please contact me on Twitter @davidmilnesHQ – bids start at £500.

FIRST PUBLISHED 5:00PM, APR 17 2017
The Godolphin organisation must have a new map after being spotted on the remote Waterhall training grounds for the first time in 25 years