Latest SIX OF THE BEST 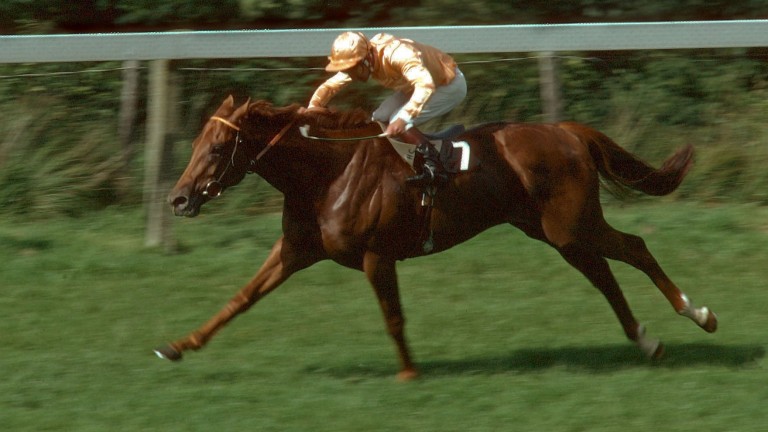 The perfect equine athlete, Brigadier Gerard had strong claims to the title 'Britain's Horse of the 20th Century'. He won 17 of his 18 races over three seasons (1970-72) for trainer Dick Hern and owner-breeders John and Jean Hislop, and was invincible at a mile, still world class at 1m2f, and good enough at 1m4f to win the King George VI and Queen Elizabeth Stakes.

Mercer rode him in all his races, even in the Prince of Wales's Stakes at Royal Ascot in 1972, only two days after surviving a fatal plane crash. 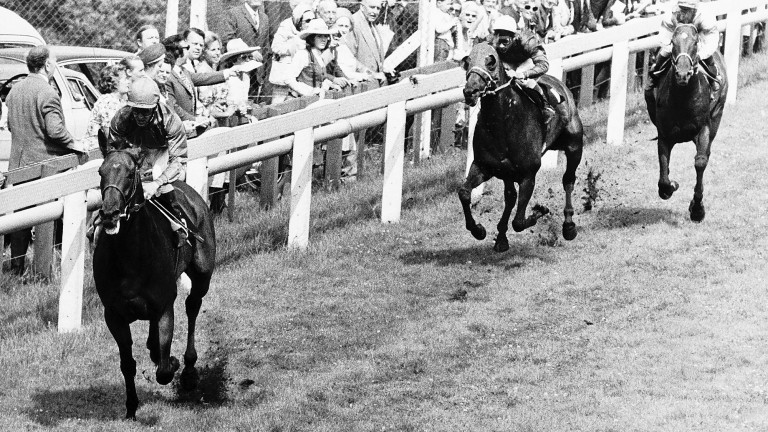 Off the course since the Middle Park Stakes, Brigadier Gerard beat Mill Reef by three lengths in the 1971 2,000 Guineas on the only occasion the two great champions ever met. He then landed the St James's Palace, Sussex, Queen Elizabeth II and Champion Stakes, in the first and last of those races showing plenty of guts on heavy ground that handicapped him.

In 1972 Brigadier Gerard won the Eclipse and King George before suffering his only defeat when second to Derby winner Roberto in the inaugural Benson & Hedges Gold Cup (now Juddmonte International) at York. It was perhaps the most baffling result in racing history. He then scored repeat victories in the Queen Elizabeth II and Champion Stakes.

The Brigadier regularly trounced top-class rivals by wide margins, and his talent, courage and amazing consistency made him a champion among champions.

Mercer's only Classic winner for The Queen, Highclere landed the 1974 1,000 Guineas without a prep race. With the jockey riding at his strongest, the blinkered filly held Polygamy's challenge by a short head.

She bypassed the Oaks (won by Polygamy) in favour of the French equivalent, the Prix de Diane, in which she beat Comtesse De Loir by two lengths. The Queen was at Chantilly to witness her biggest triumph on foreign soil, and that evening Mercer, Dick Hern and their wives attended a royal family party at Windsor Castle in celebration.

Highclere was then second to Dahlia in the King George. When mated with Bustino, she produced Height Of Fashion, the dam of Nashwan.

A dual champion and the second-best horse of Mercer's career, Bustino would have given the jockey his elusive Derby victory had he shown his best form in the 1974 renewal instead of finishing fourth behind 50-1 shot Snow Knight, whom he had twice beaten on merit. He then won the Great Voltigeur and scored a three-length victory in the St Leger.

Trained by Dick Hern for Lady Beaverbrook, Bustino won the 1975 Coronation Cup in record time, and in the King George VI and Queen Elizabeth Stakes was beaten by dual Derby winner Grundy after a titanic duel up the Ascot straight in a contest that is often called 'the Race of the Century'. 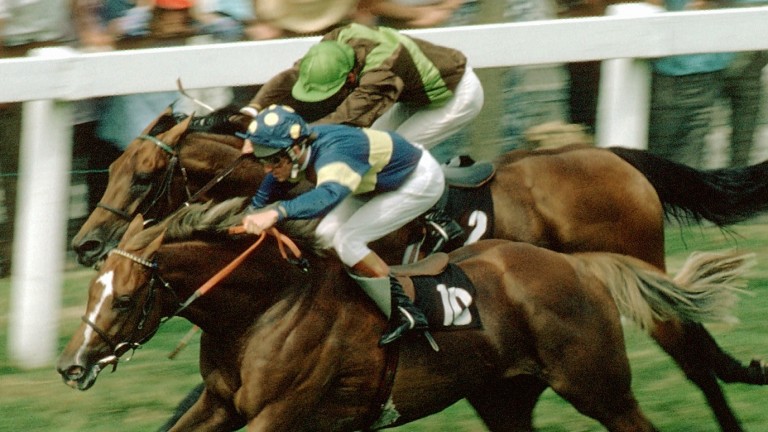 Grundy and Pat Eddery just get the better of a tremendous tussle with Bustino and Joe Mercer to win the 'Race of the Century', the 1975 King George VI & Queen Elizabeth Stakes
Gerry Cranham

Mercer sent him clear half a mile out, but Grundy battled his way upsides with a furlong to go and edged ahead to win by half a length in record time.

Bustino broke down 100 yards from home (he never ran again), and under the new weight-for-age scale introduced the following year he would have had to concede one pound less to his younger rival.

Joe Mercer: all-time great whose classical style made him a perfect role model

Buckskin had already won the Prix du Cadran twice when owner Daniel Wildenstein moved the five-year-old to Henry Cecil in the summer of 1978, and Mercer proceeded to win the Doncaster Cup and Jockey Club Cup on him.

In 1979 Buckskin won the Henry II Stakes by 15 lengths and started odds-on for the Ascot Gold Cup, but it was one race too many for his fragile legs. He and Mercer came second, beaten seven lengths by Cecil's second-string Le Moss, ridden by Lester Piggott. Le Moss, the St Leger runner-up of 1978, was reunited with Mercer for victories in the Goodwood and Doncaster Cups.

In the three main Cup races in 1980, Le Moss beat Ardross in the closest and most exciting series of duels ever seen at the top level in Britain, scoring by an aggregate margin of little more than a length after racing a total of 7m3f.

Owned by Carlo D'Alessio, Levmoss's brother is the only horse to achieve the stayers' triple crown twice, and he just shades Buckskin as Mercer's best stayer.

The remarkable facts and figures behind Joe Mercer's achievements

Trained by Henry Cecil for Lord Howard de Walden, Kris was one of the best and most consistent milers of the post-war era, winning 14 of his 16 races and coming second in the other two.

He started favourite for the 1979 2,000 Guineas, but ran below his best when beaten half a length by Tap On Wood. The rest of that season was a triumphal procession as he landed the St James's Palace Stakes, and scored five-length victories in the Sussex and Queen Elizabeth II Stakes.

After victory in the 1980 Lockinge his four-year-old campaign was an anti-climax, and he was beaten a neck by Known Fact in a battle royal for the Queen Elizabeth II Stakes. He became champion sire.

FIRST PUBLISHED 4:00PM, MAY 17 2021
Mercer rode him in all his races, even in the Prince of Wales's Stakes at Royal Ascot in 1972, only two days after surviving a fatal plane crash