All you need to know about today's racing 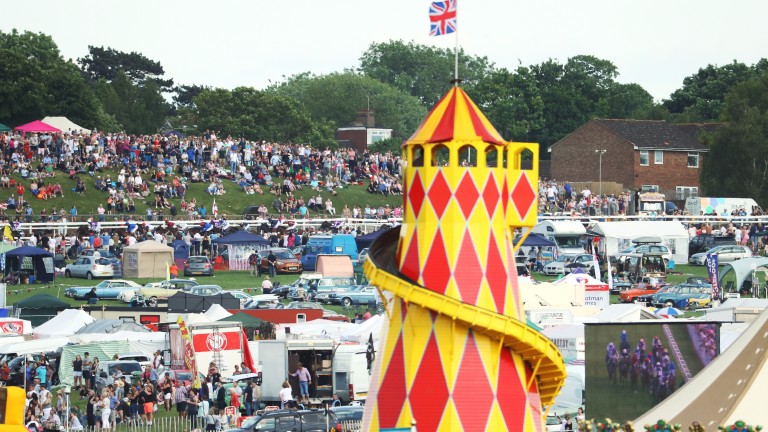 It is back to work for most after a glorious bank holiday weekend but Epsom tries to keep the party spirit going with a second meeting after another popular open day on Monday.

The home of the Derby was thronged by superheroes for the family raceday but local trainers, who opened their doors to the public, failed to prove superman or superwoman in the races.

Epsom yards have five runners across the last three of the seven races on Tuesday to try and restore powers and honour their late colleagues Terry Mills and John Akehurst who have a race run in their memory.

Ripon and Carlisle add the other Flat action while jumps fans have to wait for the late afternoon with fixtures at Ballinrobe and Newton Abbot.

Good (good to firm in places; GoingStick 6.8 at 6am on Tuesday)

Yet to score since joining Micky Hammond from Mick Channon, this four-year-old finds winning tough, with one success from 29 starts. He was runner-up when last competing in a seller, and showed some promise last time out when third at Pontefract.

Richard Fahey has won this race four times in the last seven years, and this time relies on Scofflaw. The three-year-old has been running consistently, and receives weight all round, though is 5lb higher than his last win.

Another runner for Richard Fahey at the track this afternoon, Right Action should enjoy the return to quicker ground, having recorded his last success on good to firm at Carlisle in May.

The race that stops a nation, the Emirates Melbourne Cup, is beginning to come into focus, and entries for the race were revealed on Tuesday morning. Ebor hero Nakeeta was among a strong contingent of entries from Britain, Ireland and beyond.

Richard Birch is in the hot seat and is strong on one at Epsom while musing on a life-changing possibility in the Betfred Cesarewitch in October. Members can find out which 14-1 chance he is ready to wade into if the autumn rains arrive in time.

There is a strong word from our man in one of the racing centres and Nick Watts fancies one at Ripon.

A Dublin Labour Court has suggested Aidan O'Brien's battalion of horses should have an army of grooms with two of them to each horse. Read Richard Forristal's report on O'Brien's appeal against a Working Time Act compliance notice.

A morning on the gallops before finding superheroes at the home of the Derby was all in a day's work for reporter Graham Dench. Elsewhere the glorious bank holiday weather saw crowds flock to the races with Cartmel and Chepstow chuffed with their attendances.

This week's postcast has it all under the scrutiny of Maddy Playle, Lee Mottershead, Brendan Duke and Paul Binfield.

US Open tennis serves up some tasty bets with Johanna Konta already eliminated in the first round and Dan Childs has the best picks for Tuesday.

Mark Langdon has recommendations for the EFL Trophy which starts Tuesday and again controversially has academy teams taking on the lower division rivals in the group stages.

Irish racing is closely watching developments in the Dublin Labour Court where champion trainer Aidan O'Brien has appealed a Working Time Act compliance notice served on him arguing that racing stables should have agricultural working status. The case, which continues today, could have serious ramifications for the Irish racing industry.