The Big Jump Off UPPING THE ANTE

'He has everything' - David Jennings and Gavin Lynch answer your questions 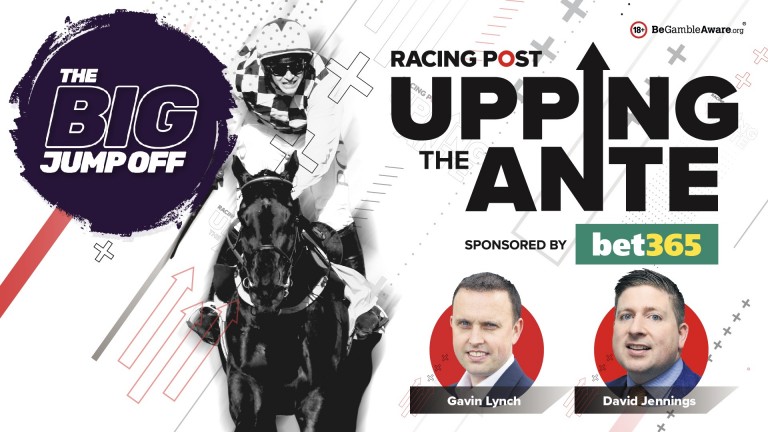 Subscribers to Members' Club Ultimate get unlimited access to the Racing Post digital newspaper, including our brand-new 72-page guide The Big Jump Off.

You can join today and pay just £10 per month for your first three months to unlock the digital newspaper, expert tips, race replays, exclusive news content and much more!

To learn more about a subscription and find out how to redeem this special offer, visit the offer page now.

Which three novice hurdlers are you looking forward to seeing this season?

DJ Gavin will poke fun at these, that’s the biggest certainty of all, as two of them are trained in Britain. It’s a little bit from leftfield, but I cannot wait to see Firestep reappear. He is two from two in bumpers, albeit moderate enough ones, but I really liked what I saw at Chepstow in March. He’s a powerful son of Mahler and I wouldn’t put anybody off having a few quid on him at 50s for the Supreme. I Am Maximus, from the same stable, must be useful too given he beat My Drogo. Journey With Me would be my final pick.

GL I don’t like agreeing with DJ, but Journey With Me could be exciting. He won a point-to-point and was just as impressive at Gowran Park in March – just like the previous year’s winner Bob Olinger, for the same owner and trainer. Dysart Dynamo won a bumper at Clonmel and followed up at Punchestown. He was keen but still ended up winning impressively. Kilcruit was unlucky in the Champion Bumper at the festival but made amends at Punchestown. He could be top class.

How about novice chasers?

DJ I’ve said Bob Olinger could be the best we’ve seen since Sprinter Sacre and I genuinely believe that. For him to do what he did to a rock-solid 150-rated hurdler like Bravemansgame in the Ballymore was nothing short of extraordinary. My Drogo did nothing but improve last season over hurdles and could be a genuine Arkle contender, while for my final pick I’ll return to Bravemansgame, who was impressive at Newton Abbot. 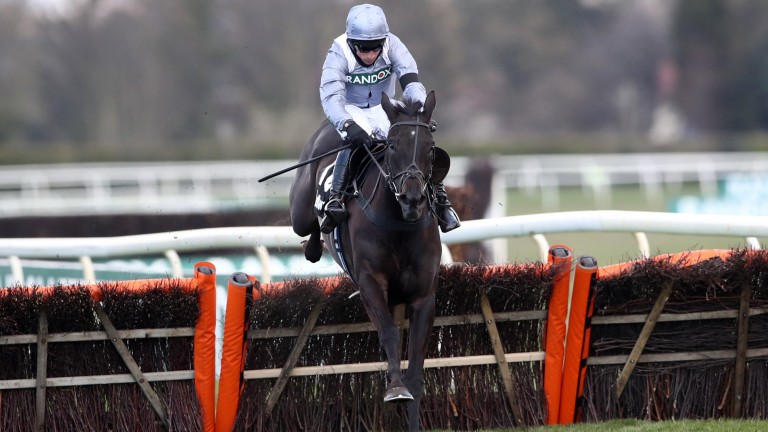 My Drogo: smart type can go to the top over fences according to David Jennings
Tim Goode (Getty Images)

GL Two of the most impressive winners at Cheltenham last March were Appreciate It in the Supreme and Bob Olinger in the Ballymore. Both look like horses who will suit going over fences. Most people have them earmarked for the Arkle and the Marsh this season. However, the only horse to have beaten either in almost two seasons is Ferny Hollow. If he goes chasing then we’re in for a treat.

The Champion Hurdle looks shocking apart from Honeysuckle – is she bombproof or are there any horses who might come from leftfield?

DJ Surely Sharjah is the overpriced one at 20-1. There are at least three ahead of him in the market who are going chasing and you must remember he was runner-up for the last two years in a row and will almost certainly have it as his ultimate aim. I can see him going off a single-figure price on the day.

GL Monmiral and French Aseel are four-year-olds who could be anything, but that age group tend to struggle when they meet the older horses so if there’s a new kid on the block this season perhaps it could be Echoes In Rain. She was keen at Punchestown in January but got her act together after that, bolting up in a Grade 2 and then got her Grade 1 at Punchestown. She looks decent each-way value at 14-1, but Honeysuckle will be hard to beat.

In such an open Gold Cup market, what is your best each-way bet at the moment?

DJ I know Paul Nolan is humming and hawing about whether to send Latest Exhibition back hurdling but I’d keep him over fences. He was at his best when beaten just three lengths by Monkfish at Leopardstown last Christmas and the hustle and bustle of the Irish Grand National might just have come a little early in his education. There’ll be worse 40-1 shots for the Gold Cup. 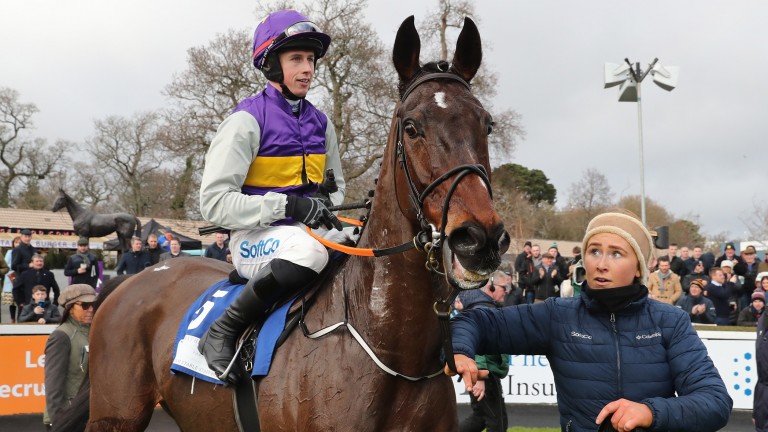 Latest Exhibition: could be an intriguing Gold Cup contender at a big price
Caroline Norris (racingpost.com/photos)

GL If I said to you that 6-1 and 10-1* were alright prices for an each-way bet, you might say: okay, I agree. When I say that Minella Indo and A Plus Tard are 6-1 and 10-1 for next year’s Gold Cup then you’ll say that you want to back something at a bigger price because it’s months away. They both represent solid each-way value. They will be nine and eight in March so their age profile is fine. Espoir De Romay is open to improvement and at 40-1 is not bad each-way value for you greedy types.

Who wins if Shishkin, Energumene and Chacun Pour Soi all get to the Champion Chase in good form?

DJ For me, Chacun Pour Soi. What he did at Punchestown was far superior to anything the other two have achieved. I do think Shishkin is special but when you look at the horses he beat last season – the likes of Eldorado Allen, Funambule Sivola, Tamaroc Du Mathan – you just wonder whether he was by far the best in a weak division. A different ride on a different day at Cheltenham in March and I think you’ll see Chacun Pour Soi end Willie Mullins’ hoodoo in the Champion Chase.

GL I’d be against Chacun Pour Soi. Sorry Dave. He’s ten in March and, for me, had little excuse at the festival. He had the right position but didn’t fancy it. It was like watching Dave playing a par three over water. Shishkin will be hard to beat, but I think Energumene could be the best of the trio.

Who do you think will become a superstar this season and which current superstar could disappoint?

DJ Bob Olinger will be the superstar. He has everything. I’m not sure whether you could call him a superstar, but Kilcruit is no bigger than 4-1 for the Ballymore and I think that’s far too short given the amount of unexposed, and potentially top-class, hurdling recruits there are. 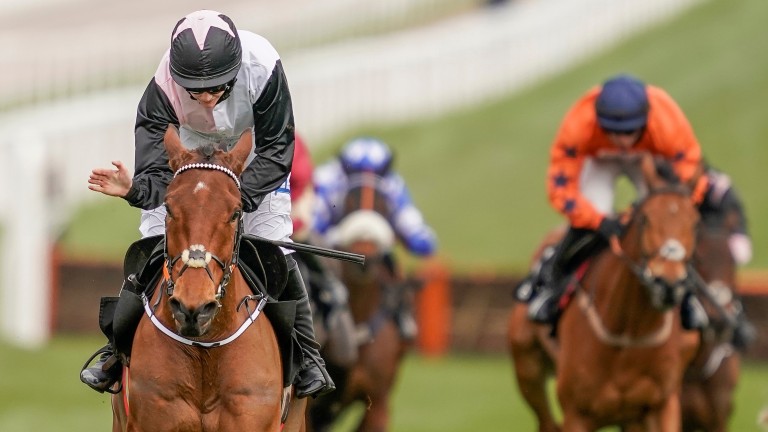 GL For reasons above, Chacun Pour Soi is one I’m happy to take on. I love Bob Olinger and have done for a long while so the world is his oyster. Bob taking on Appreciate It would be worth the admission fee alone. Either could win the 2023 Gold Cup if staying the trip.

Which well-handicapped horses have you got your eye on with a view to the festival?

DJ I love the angle of JP McManus-owned horses returning for handicaps they were beaten in the previous year so I’ll be keeping an eye out for Palmers Hill, who wasn’t beaten all that far in the Coral Cup despite making a catalogue of errors. He’s lightly raced and could also go the Pertemps route. He’s rated 134 and I’ve little doubt he’s better than that.

GL The Bosses Oscar could be the type who would suit a handicap chase at the festival in March. He was second in last year’s Pertemps Final but ran a cracker. Langer Dan ran a blinder in March when second to the top-class Galopin Des Champs off 130. Dan Skelton is good at targeting a race from a long way out and this five-year-old could be the answer to this season’s Martin Pipe.

Who is on your radar for the Grand National at this early stage?

DJ My Grand National record is worse than my record at trying to kiss girls in my teens. I don’t think I’ve ever backed the winner! It’s hardly a ringing endorsement but there’s some 40-1 available about last season’s Irish Grand National runner-up Run Wild Fred and, given he’s likely to be laid out for it, that looks big to me.

GL Galvin is an old favourite of mine and this race looks the most likely target for him this season. He proved he had no problem staying when winning a good renewal of the National Hunt Chase last March. He’s 25-1** and that represents decent value.

* Minella Indo is now a general 5-1 chance for the 2022 Cheltenham Gold Cup, with A Plus Tard available generally at 8-1

The Punting Club: '33-1 for the Gold Cup is a great price' – your jumps season questions answered