The best, worst, funniest and strangest from the weekend's racing 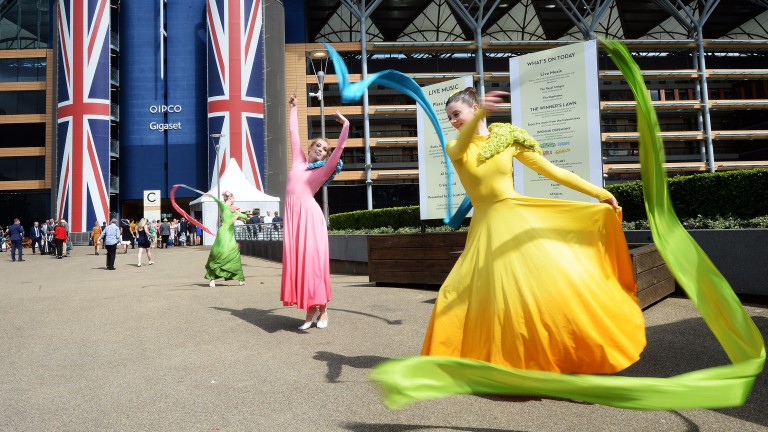 Headscratcher of the weekend

The Shergar Cup drew almost 32,000 to Ascot, many of them children, but still some aren't convinced that the day's worth doing, despite it being just one fixture among almost 1,500 on the fixture list.

Even if a fair few of those 32,000 will have been there mainly to watch Craig David in the post-racing gig – we know, but it takes all sorts to make a world – the Shergar Cup is still a feel-good TV spectacle that offers capacity crowds, exciting international jockeys, excellent prize-money and provides an engaging, kid-friendly format to introduce the sport to outsiders. What more do the critics want?

The Red Bull award for celebration of the weekend

Also at Ascot, there was nothing to match Alexander Pietsch's no-hands aeroplane celebration after landing the mile race on Raising Sand.

Pietsch did, however, wait until after the line before spreading his wings, unlike Mirco Demuro who was suspended for two days by stewards at Baden-Baden in 2012 after he launched an identical celebration with several yards still to travel in the race (Demuro still won, otherwise a far heftier punishment would have brought him down to earth with a bump, wings or no wings).

Skip to 1m50s for the finish

Achievement of the weekend

Fran Berry, a late Shergar Cup call-up for the Great Britain and Ireland team, proved a supersub as he took top jockey honours, but there's no doubt the star of the weekend was his team captain, Jamie Spencer, who brought up his 2,000th British Flat winner at Ascot.

In doing so Spencer joined just Frankie Dettori, Ryan Moore and Joe Fanning as currently active jockeys to have completed such a feat. "This is testament to all the connections, owners and trainers and staff," the rider said, modestly. "I'm only here to ride them and there's a lot of people who do all the work day, day out, but to get to 2,000 is a good number."

Melbourne Cup winner and chauvinist-slayer Michelle Payne dropping out of the Girls team at Ascot was a shame, while her erstwhile teammates went on to trail in last on just 23 points. That's the lowest team points total since at least 2008. We could go back further, but seriously – it's the Shergar Cup, ten years will do.

Disappointing results aside, the feminist cause was done little harm at Ascot, especially if the touching tweet from a racegoer whose daughter met Girls team mainstays Hayley Turner and Emma Jayne-Wilson at Ascot is anything to go by. Maybe it's about more than winning?

Quote of the weekend

No Brexit there. I'm feeling very pro-European today. Up the Germans! I never thought I'd hear myself saying that, especially after seeing Dunkirk last night.

Raising Sand's trainer Jamie Osborne comes over all Europhile after 'no hands' Pietsch steers his horse to victory.

Tracks set for more pain after June 21 with likely delay on restrictions easing Less is more: top bookmakers 'disheartened' by return of overcrowded Saturdays 'She has an outstanding chance' - Mark Johnston and others on their top hopes 'She's on the upgrade and I believe she'll run above herself next week' Audiences all around the world set to have access to Royal Ascot Royal Ascot 2021: the full running order, TV schedule and day-by-day race times