The best, worst and oddest moments from Royal Ascot 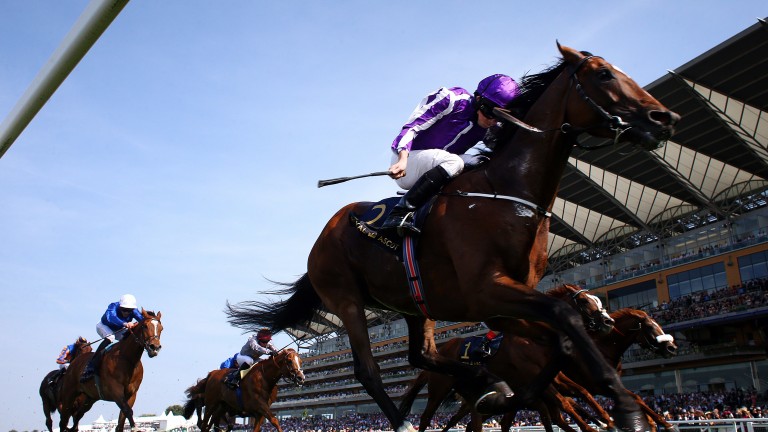 Highland Reel is triumphant again in the Prince of Wales's Stakes
Charlie Crowhurst
1 of 1
By Tom Kerr 6:29PM, JUN 25 2017

Race of the week

It was a meeting chock full of superstar performances, closely fought finishes and high emotion, but one race exemplified all of the above more than any other: the Gold Cup. Flat racing's most prestigious staying race came down to a thrilling finish with Big Orange, the apple of Michael Bell's eye, fending off a ferocious charge from Order Of St George, the hot favourite.

It was a race that highlighted once again the incredible courage of Big Orange, unleashed jubilant celebrations from the extended Bell clan - including broadcasters Rupert and Oli - and couldn't fail to put a smile on anyone's face.

Individual performance of the week

The sign of a great fighter in the ring is their ability to get back off the deck after being knocked down. The equine equivalent is being headed within spitting distance of the winning post and rallying to win. Highland Reel has now done it in two Group 1s on the run.

His Prince of Wales's Stakes victory may not have been the highest quality performance of the week, and Highland Reel may not quite be a superstar of the sport, but for conviction, courage and sheer bloody-minded resilience he is without compare.

In short, Highland Reel is a great fighter.

How unlike Churchill's human namesake for the St James' Palace favourite to go down with barely a whimper this week. The dual Guineas winner simply didn't fire at all. This was clearly not his true running.

Most confusing celebration of the week

Oisin Murphy is just 21 but he celebrated victory in the Hampton Court Stakes like he'd been waiting a lifetime for the win (which, in a sense, he had - just a very short lifetime). But what was it that Murphy did as he crossed the line? 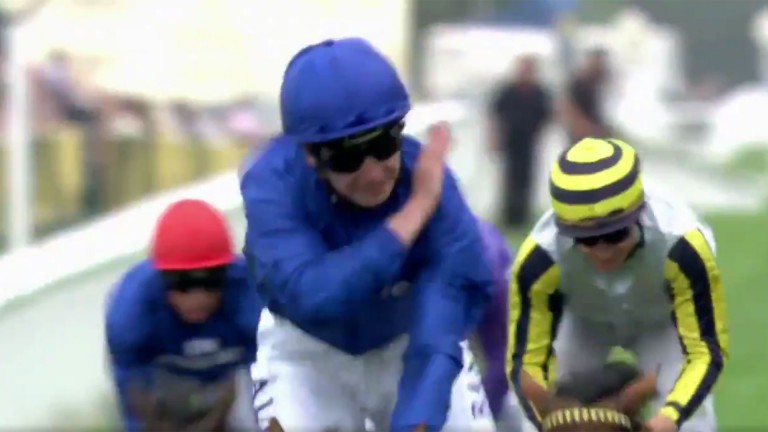 Was it a dab, a karate chop, a shush or some confused combination of all the above? Frankly, who cares. What mattered was Murphy's infectious joy at getting on the royal scoreboard.

Wesley Ward is not one of North America's star trainers, but unlike many of his compatriots he has a passport and isn't afraid to use it. Since his double at Ascot in 2009, Ward has taken his record at Ascot to a superb nine winners, including two at this year's meeting (Lady Aurelia and Con Te Partiro).

To put that in context, the entire nation of Australia has managed just six winners. In fact, the entire world outside Europe has a total of 18 winners, meaning Ward is responsible for half of that tally. Not a bad record at all.

Team of the week

There are many candidates for this: the staff at Ascot, who pulled off a flawless meeting; the Ballydoyle and Coolmore staff, whose collective endeavours netted six winners; or Godolphin, who managed the same.

Yet on this occasion the team of the week award probably goes, by a short nose, to ITV Racing, who put on their most entertaining and assured festival coverage yet and were rewarded by viewing figures that comfortably exceeded the disappointing numbers recorded by Channel 4.

Most overused word of the week

Notwithstanding the above, viewers probably didn't need to hear quite so often that the jumpsuit had been added to the list of acceptable garments worn in the royal enclosure, news relayed daily by a fashion team that treated this tweak to Ascot's dress code like it was the most seismic development in attire since ancient man first donned a loincloth.

FIRST PUBLISHED 6:01PM, JUN 25 2017
Viewers probably didn't need to hear quite so often that the jumpsuit had been added to the list of acceptable garments worn in the royal enclosure