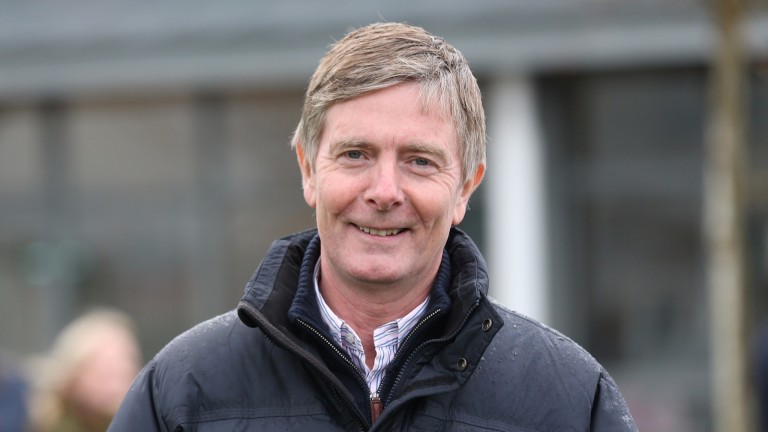 Barry Connell: has his first runners as a trainer at Cork on Friday
CAROLINE NORRIS
1 of 1
By Brian Sheerin UPDATED 2:15PM, NOV 14 2019

Barry Connell believes Mount Pelier is just the ticket he needs to get back dining at the highest level and identified the Craddockstown Novice Chase at Punchestown on Saturday as the next port of call for a horse he describes as being the best within his care.

The powerful owner, who has turned his hand to training but must wait until sitting the next trainers' course in the spring before being officially acknowledged as such, believes Mount Pelier has all the right attributes to develop into a graded-class performer.

After making a successful start to his chasing career at Galway last month under the tutelage of Keith Henry Clarke, Mount Pelier was handed entries in the Florida Pearl and the Craddockstown, but the latter has always been the preferred target, according to Connell.

He explained: “I just think that, the way he attacks his fences and jumps so fluently, he'll make a good two-miler. We're going to start him off in graded company over two miles and we can always step him up in trip if it doesn't work out. It looks a good opportunity as there are only seven entered for the race.”

Connell added: “Since he started schooling over fences, you'd set him off behind the lead horse and within two or three fences he'd be upsides – he just loves jumping. He has the right attributes to make a good two-miler so I'd say it's 99 per cent certain we'll go for the Craddockstown rather than the Florida Pearl.

“At the moment, he's certainly the best horse we have for the season. He's one of those who was a nice horse over hurdles but he's just a different horse over a fence. Hopefully he can continue to improve.”

FIRST PUBLISHED 1:44PM, NOV 14 2019
He has the right attributes to make a good two-miler so I'd say it's ninety nine per cent certain that we'll go for the Craddockstown