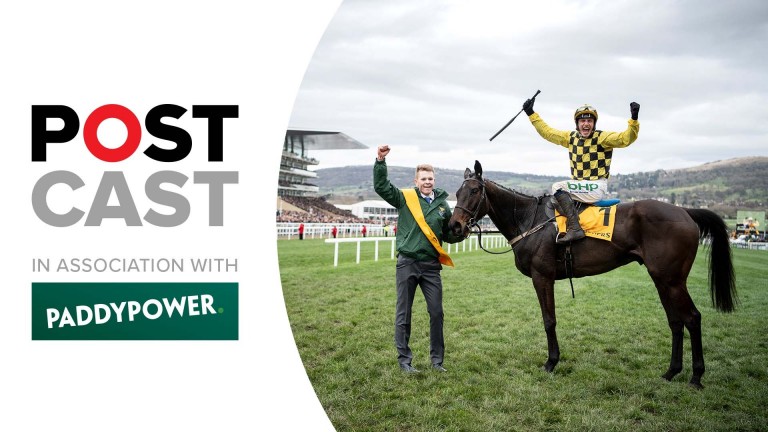 On the show:
- The panel start by trying to unravel the 25-runner Handicap Hurdle that opens the card, with surprisingly strong selections.

- David Jennings has been backing Paloma Blue all season, but he is looking elsewhere in the Louis Fitzgerald Hotel Hurdle. Will Tony O'Hehir make him regret turning his back?

- The feature race on the card is the Coral Punchestown Gold Cup and the panel all agree that it's between the Mullins trio of Al Boum Photo, Kemboy and Bellshill.