The best and worst moments from the weekend's racing 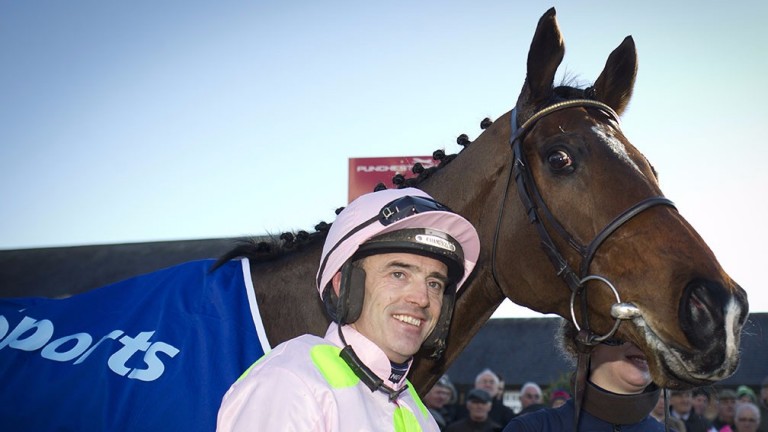 In our new Sunday column, we take a sideways look at the best and worst moments from the weekend's racing

It's hard to quibble with Douvan's Tied Cottage win - although read on, we do - but the top performance of the weekend came from Top Notch, who was imperious from start to finish in the Scilly Isles Novices' Chase at Sandown. What he lacks in size he more than makes up for in ability as he put his rivals to the sword with a scintillating jumping display.

Clan Des Obeaux, who was sent off the 13-8 favourite for the Scilly Isles but made more blunders than Jeremy Corbyn and stopped like he'd run into a brick wall four out having somehow worked his way back into it.

It's not Willie Mullins' or Douvan's fault if only three seriously outmatched rivals lined up, but Douvan undoubtedly presided over the weekend's most underwhelming race in the Tied Cottage: a routine canter by the great star who never came off the bridle in the simplest of victories. No interest for punters, nothing learned.

Fergus Sweeney reacts to news the French racing authorities will give women a 2kg (4.4lb) weight allowance against male riders. 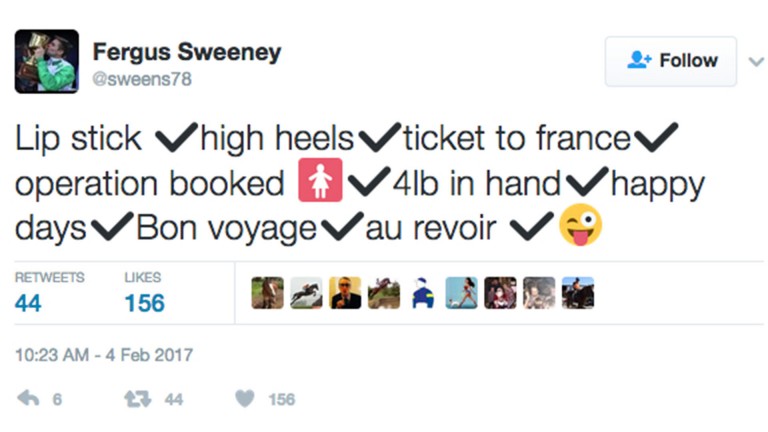 Lucy Alexander has picked up almost as many injuries as Theo Walcott over the years and was once again in the wars on Saturday, suffering a fractured cheekbone after taking a kick to the face at Musselburgh. Here's to a swift recovery.

Picture of the weekend 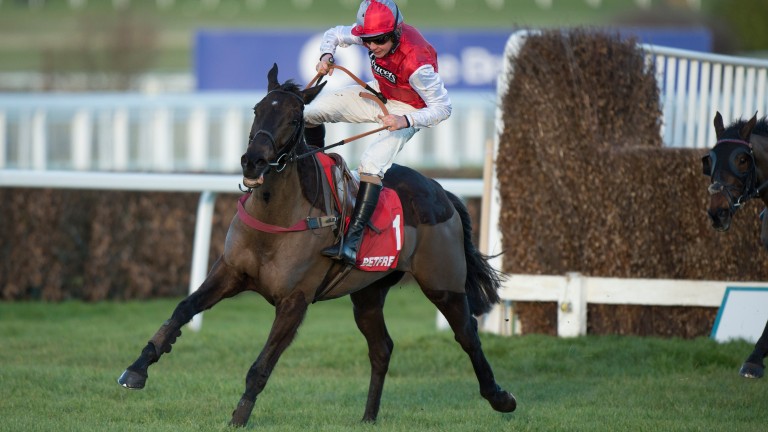 Charlie Deutsch made it look easy but he had to react quickly to maintain the partnership with Otago Trail after the last fence in the Betfred Masters at Sandown.

Quote of the weekend

"We're not rich, we like a bevvy, we love to win when the going gets heavy"
Connections of Lord Of The Island break into song after their muddy hero won at Sandown.