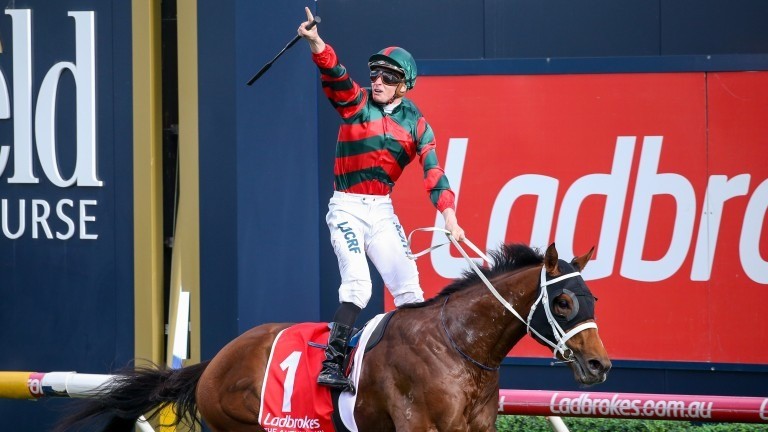 Chris Waller's prized three-year-old colts Lean Mean Machine and Zousain were both beaten on their first runs back, but the best of them all, The Autumn Sun, maintained his excellent winning record in Saturday's A$400,0000 (c.£219,000) Group 2 Hobartville Stakes at Rosehill.

Australia's champion three-year-old colt was returning to competitive racing for the first time since his four-and-a-half-length victory in the Group 1 Ladbrokes Caulfield Guineas over a mile last October.

With the track riding soft – the only time The Autumn Sun has been beaten before came on heavy going first time out last season – and the race not run to suit, The Autumn Sun still managed to get the job done, coming from last to score under Kerrin McEvoy.

McEvoy moved his mount widest of all at the top of the straight and The Autumn Sun gradually wilted away Vegadaze's advantage to score by a neck at the finish.

"It was a good win and that's all he needed to do in my eyes," Waller told SKY Thoroughbred Central.

"You never know where a horse is until they have their first-up run and then obviously running on a pretty wet track today, it was testing and probably took a bit of his acceleration away.

"On these types of tracks, and as we've seen today, it's hard to make ground. That run will top him off nicely for the Randwick Guineas in two weeks. Watch out when he gets back on a good track next start."