The app which could grow the sport, Goodwood tips and a 40-1 St Leger fancy 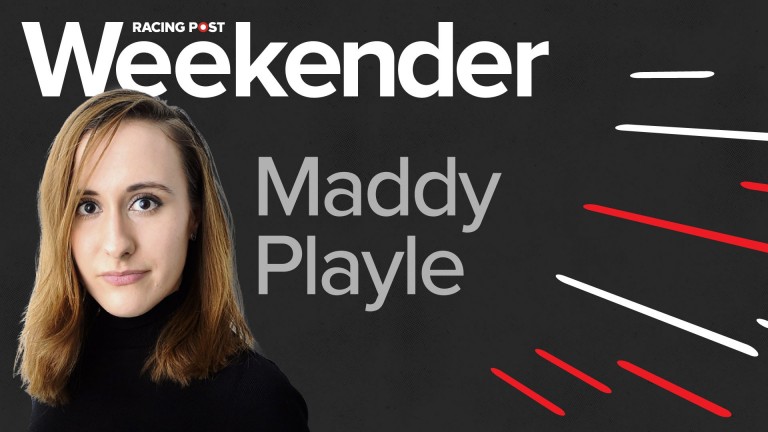 Around a year ago I dismissed TikTok as an app designed solely for pre-teens. I thought it was good for watching videos of people dancing and cute dogsbut little else.

While it is indeed good for those things– the uplifting power of a good dog video should not be undersold– it is in reality so much more.

As with many things, TikTok is so successful because the premise of it is so straightforward.

It is avideo-sharing social mediaapp which enables users to create and share short-formclips ranging from 15 seconds to three minutes.

TikTok was first released in China in 2016, when it was known as A.Me. The app has undergone several stages of rebranding since and was only launched to the international market in September 2017.

It has since been downloaded over two billion times worldwide and in July 2020 had 800 million monthly active users, including celebrities such asJustin Bieber, Jennifer Lopez and Will Smith.

Despite my initial skepticism, I must confess I am now one of those users.

While creating your own video is more than a bit of a faff – my rather pathetic attempt boasts a measly 388 views– and the algorithm is far from perfect,itis highly addictive.

What does this have to do with horseracing, you ask? Good question.

Love it or hate it,social media is one of the most powerful tools any business has in its armoury, and judged by its meteoric success in such a short space of time, TikTok is no flash in the pan.

The desire for this sort of content, whether itis informative or amusing,is plainly very strong– and thatis truewithin horseracing.

Rosie Margarson, who lit up Ascot on Saturdayafter partneringSpirited Guest to victory in the concluding 7f handicap for lady amateur riders, has already built up a considerable following.

Her account @rosieandthelifeofbean charts the daily escapades of her horse Bean, officially known as Caribbean Spring, including Go-Pro footageon the gallops, affectionate moments at home and all of the littleinteractions you wouldn't see unless you were a member of a small, family-run yard.

She has over 157,000 followers andlikes on her videos are rapidly approaching five million.

Jockey Daniel Redmond (@danielredmond50) is another who has taken to TikTok to share his life with horses. His videos have received over 605,000 likesand one has been watched over 1.6 million times.

Brian Arnold (@heyarnoldb) has built up a reputation for his impressions, while other accountssuch as @everythingracing1 postvideos on quirky incidents that have happened in racing across theglobe.

Speaking as someone who probably wouldn't have a career in the sport if it wasn't for social media, TikTok represents a fresh opportunity for the sport.Don't sleep on its potential.

The race has been boosted by the participation of Snow Lantern and Alcohol Free, but I think there could be a market mover in the Sussex Stakes (3.35).

Duhailrepresentsthis meeting's sponsors Al Shaqab Racing and has risen though handicap company to be among France's best milers.

In May's Prix du Muguet he showed a decisive turn of foot to beat Victor Ludorum and The Revenant with ease.

He has won on both good and heavy, so won't mind conditions, and looks overpriced.

The concluding7f handicap (5.20) on Wednesday doesn't look a strong raceand I have my eye on a wildcard.

Canagatwas entered at the Derby meeting so has been fit for a while but has yet to make his first start for Simon Dow.

He was useful for Archie Watson and wontwo decent handicaps, the latter off a mark of 86.

He's 6lb higher now and put up some fine efforts when trained in France, including when third in a Listed race.

Dow has lofty ambitions for the four-year-old, who could be dangerous from the front here back down to seven furlongs.

He will break from the inside draw which has housed two winners of this race in the last seven years.

Smart Championmust be one of the slowest horses I've seen in recent years, but I say that with fondness and I'm going in again after backing him forFriday's 2m4½f handicap (1.50) last year.

He powered home then to get third and is now 6lb lower – the perch from which he last won.

The son of Teofilo has only run on soft ground once, when he was a respectable 10th in last year's Cesarewitch, and is worth chancing to bounce back to form.

In the Stewards' Cup (3.40) on Saturday, I'll recommend two against the field.

Chiefofchiefsis only 4lbhigher than when he won the Silver Wokingham last year and hasrun some brilliant races this season.

Seventh in the Victoria Cup and fourth in the Wokingham suggest he is as good as ever and a cavalry charge like this should be right up his street.

He's 3lb better off with second-placed Fresh from Royal Ascot yet that horse is six points shorter in the betting.

Also, don't discountMajor Jumbo if he manages to scrape in off 95 (1lb wrong).

It would have been good enough to get him into the last three runnings and 40-1 insults his back class, especially considering he was rated 107 this time last year.

A Listed winner who has been second in a Group 2 and won a big sprint handicap off a mark of 102, he will run here off 7lblower.

He has shown plenty ofzip recently and this downhill track suits that style asboth Lancelot Du Lac in 2017 (also a seven-year-old) and Gifted Master in 2018 won this race making all.

St Leger dark horse could enhance his claims on Thursday

One of the proudest moments of my tipping career came when Iput up Galileo Chrome to win the St Leger at 22-1 and I think I've found a horse who could better that in this year's race.

Ottoman Emperorhas a similar profile and has gone under the radar after winning a maiden, handicap and conditions race.

The towering son of Excelebration beat Tarnawa's half-brother Tazaral with ease at Navan last time, shaping like a horse whowould be better suited by 1m4f and beyond.

Despite being by a miler, his pedigree offers hope he'll stay the St Leger trip as his dam was a half-sister to a 1m4f winner and his trainer clearly thinks a lot of him as he already boasts an entry in the Classic.

Adayar and Hurricane Lane could both miss the race now they've shown such class overshorter and those two aside the race looks up for grabs.

If Ottoman Emperor performs with credit in Thursday's Gordon Stakes (3.00) then the 40-1 for the St Leger will be athing of the past.

FIRST PUBLISHED 10:00AM, JUL 28 2021
Speaking as someone who probably wouldn't have a career in the sport if it wasn't for social media, TikTok represents a fresh opportunity

The big decision comes now if you want to make money out of this jumps season How getting around stake restrictions isn't as tough as you might imagine 'I'm as hopeful as you can be' - two big hopes primed for Ayr Gold Cup Weekender expert with three for one of the most tricky handicaps of the year Brilliant Native Trail physically in a different world to his juvenile peers Why William Hill could be on our high streets for a long time after all
Bookmaker
Price
E.W. Terms
bet365
Open Account
Ladbrokes
Open Account
William Hill
Open Account
Coral
Open Account
Paddy Power
Open Account
Betfair
Open Account
Sky Bet
Open Account
Sporting
BetVictor
Boylesport
888sport