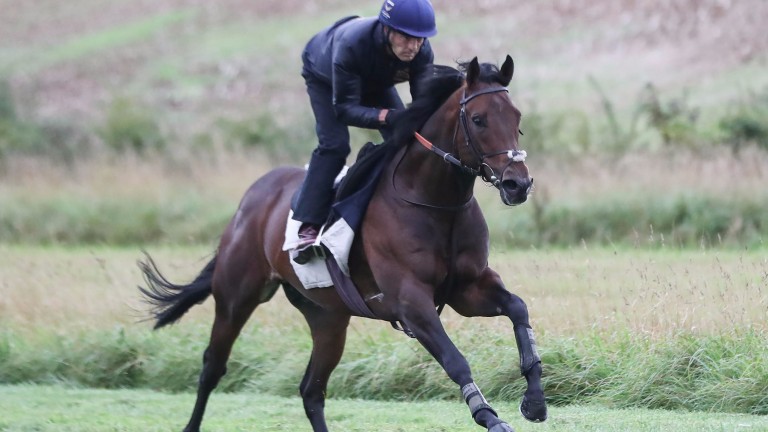 Punters and layers may be losing confidence in 32Red Sprint Cup favourite Harry Angel, but Clive Cox's enormous belief in the horse he describes as every trainer's dream – and who could remain in training next year – is unshaken despite the prospect of Haydock's flagship Flat race taking place on testing ground on Saturday.

The July Cup hero had been 5-4 with a few firms on Monday, but drifted to 7-4 later that day and the star three-year-old could be backed at 9-4 with Betfred on Tuesday.

Of his potential rivals, Brando and Tasleet have been popular with punters, and Brando is now no bigger than 7-2, having been 11-2 on Monday.

However, anyone who has already backed Harry Angel and is concerned the likelihood of soft ground will inconvenience Cox's stable star will be reassured by the trainer’s buoyant mood at his Lambourn yard on Tuesday.

Harry Angel, who bolted up over Saturday's course and distance in the Sandy Lane Stakes in May, was given the finishing touches to his Sprint Cup preparations under Kevin Harris.

Conditions were quick on Sandy Lane day, but Haydock officials expect the going to be soft on Saturday, although there will be fresh ground not used for five weeks for the £260,000 Group 1.

"It looks like we're going to have slightly different ground conditions," said Cox. "But the course doesn't hold any fears, as he showed when breaking the track record in the Sandy Lane, something we were very pleased and proud of.

"From there he's continued on an upward curve and he won the Mill Reef on good to soft at Newbury last year, but I think we'd prefer to see less rain, not more.

"I'm quite relaxed. I wouldn't say there's a doubt about him running as he's performed on a softer surface, but I realise how potent he was on a drier surface."

Cox paid tribute to work-rider Harris and big-race jockey Adam Kirby for their help in harnessing the son of Dark Angel's enthusiasm, and suggested there would be more to come from Harry Angel should he race as a four-year-old, although no discussions have taken place with the decision-makers at owner Godolphin.

"I'm really enjoying this year, but it won't be up to me if he races next year. I hope it would be possible because potentially he could get stronger; indeed, he will get stronger."

Harry Angel is, according to Cox, growing up all the time, his defeat to Caravaggio in the Commonwealth Cup prior to the July Cup the making of the headstrong but talented colt.

"Even watching him this morning with you guys, he's enjoying the attention," said the multiple Group 1-winning trainer.

"It comes with maturity and he's enjoying his racing. It's great to see him progressing and it was great to reverse the form with Caravaggio at Newmarket and, as you can see this morning, the horse is confident and full of himself.

"All my good sprinters are a bit different and this fella has a personality that was a little bit over-exuberant to begin with, but now he's getting the whole idea of the job and we're seeing his potential.

"I think we were confident it was going to happen, but there were a few setbacks to begin with and he was tricky in the stalls, but I'm pleased that's all under control. We've worked hard to give him that confidence.

"I think a sprinter needs that explosive temperament and that's what it's all about; containing that is what we're trying to achieve. It's a dream to get a horse of his calibre and it's hugely important. To have a horse like this is what every trainer dreams about."

Haydock's clerk of the course Kirkland Tellwright reported on Tuesday: "We had 12mm of rain last night, so we're now good, good to soft in places. There's rain forecast each day and, being realistic, I would think soft is what we'll be racing on.

"We'll use the inner track for Thursday and Friday's meetings so, with rail movement, Saturday's race will be run on ground that hasn't been used for five weeks." 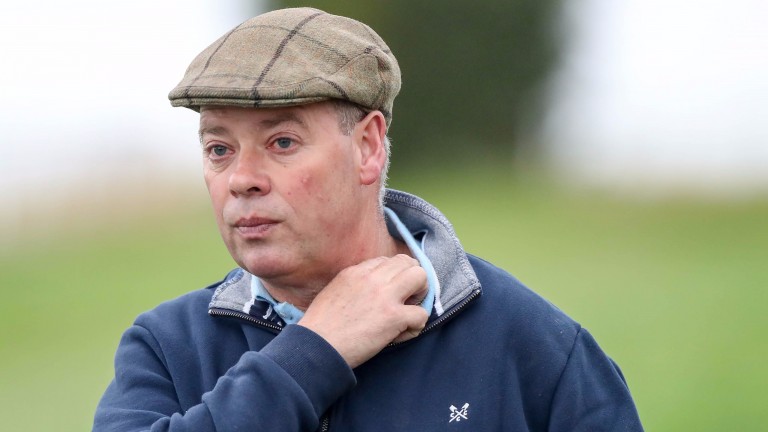 Clive Cox: "It gives me a lot of pride when I look at the trainers' list and see where we are"
John Grossick (racingpost.com/photos)

Harry Angel may be Europe's best sprinter, but he is not the only reason Clive Cox has to smile.

Amid what is possibly his finest season, the winner of more than 100 races as a jump jockey but whose career in the saddle was perhaps more journeyman than joyful, Cox has assembled what he believes to be his strongest team of horses – and certainly his best batch of juveniles.

"I'd have been very happy if you'd told me we'd achieve what we have when we took over," says the chirpy but driven 53-year-old, who started training in 1999 and moved to John Francome's Beechdown Stables in Lambourn a year later.

"It's a great thrill to have enjoyed Royal Ascot successes and the Group 1s."

The trainer, now up to 99 horses cared for by a "great team" of staff, has broken through the £1 million prize-money ceiling for the third time, although simply "to make a living, and make one at what is a passion" was the aim when he first started training.

"Harry's carried the flag without a doubt, but winning the Temple Stakes and Sandy Lane within half an hour was a very special day and we've had a great season with the two-year-olds," he adds.

"We have a really nice bunch of horses and it gives me a lot of pride when I look at the trainers' list and see where we are. We're very happy and if we could do this every year I'd take that."

The exploits of Jimmy Styles, Gilt Edge Girl, Reckless Abandon, Lethal Force, Profitable, Priceless and, of course, Harry Angel mean Cox has a reputation for handling sprinters, but the trainer's achievements with middle-distance performer My Dream Boat, winner of last year's Prince of Wales's Stakes, show he is no one-trick pony.

"I'm just really pleased and happy we've had top-flight horses," he says. "As long as I'm remembered I'm not really bothered what they are."

FIRST PUBLISHED 6:00PM, SEP 5 2017
He won the Mill Reef on good to soft at Newbury last year, but I think we'd prefer to see less rain, not more