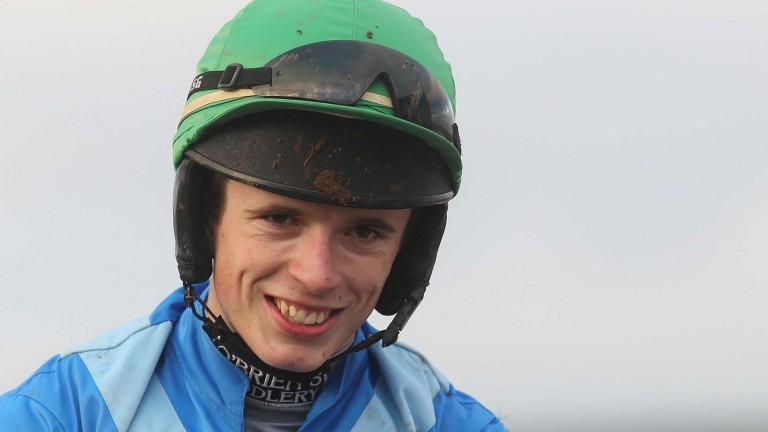 Jack Tyner: tragically lost his life after a fall at Dungarvan in 2011
Caroline Norris (racingpost.com/photos)
1 of 1
By Mark Boylan UPDATED 7:52PM, FEB 1 2021

The family of amateur jockey Jack Tyner, who tragically died from injuries suffered from a fall in a point-to-point in 2011, are aiming to honour the tenth anniversary this weekend with events which will also raise funds for the Irish Injured Jockeys Fund.

The promising young talent, son of trainer Robert and his wife Mary, died six days after sustaining serious head injuries in a point-to-point at Dungarvan as a 19-year-old. He had ridden the fourth winner of his career between the flags earlier on the same card.

The rider's sister Joan planned an event in his honour this year, but due to Covid-19 restrictions, the concept has now shifted online. The Tyner family are encouraging friends and family to post pictures on social media of Jack throughout this week with the hashtag #rememberjacktyner.

They have also requested that candles are lit to remember him on the anniversary this Sunday, with donations welcome to the Irish Injured Jockeys Fund.

"With everything that's going on at the moment we haven't been able to organise something in person, but we felt this could be something nice to remember Jack on his anniversary," said Joan.

"We'd love it if people could share their photos and memories of Jack and maybe light a candle on the day to remember him. I'm not saying that we're not going to be upset on the day, but we want to try to remember all the positive things from the life he lived."

She added: "The Irish Injured Jockeys haven't been able to host their usual fundraisers due to Covid-19 this year so hopefully this can be a chance for people to donate to them in honour of everyone we've lost in racing."

Donations can be made through the Irish Injured Jockeys Fund website here.

FIRST PUBLISHED 5:30PM, FEB 1 2021
We'd love it if people could share their photos and memories of Jack and maybe light a candle on the day to remember him