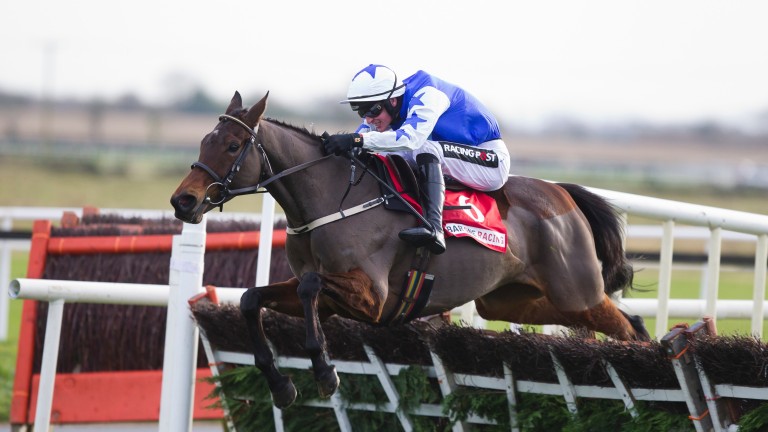 Airlie Beach retained her unbeaten record in some style when making all in the Bar One Racing Royal Bond Hurdle. It was the six-year-old's first run in a Grade 1 event and she stayed on strongly for Danny Mullins, who was riding her for the first time, to land the 2m event by six and a half lengths.

For trainer Willie Mullins it was a third consecutive victory in the race following Nichols Canyon in 2014 and Long Dog last season and after Airlie Beach had notched up her sixth win over hurdles, her trainer said: "That was fantastic. She jumped very fluently compared with other two runners in the race - Saturnaa [second] and Penhill [fourth].

"It was the plan to jump off and be up there and for Danny to try and grab the race by the scruff of the neck. That's what happened. The mare was very good and she just keeps on improving. I never dreamed that she would be a Grade 1 mare. She was the highest-rated horse in the race and had the mares allowance and she's gone and put up her best performance. I'm delighted for her owners, the Supreme Horse Racing Club. They've been great supporters of the yard."

Paddy Power make the winner 7-2 favourite (from 8-1) for the mares novices hurdle at the Cheltenham Festival,

Regarding plans for the winner, who was backed from 6-1 to 4-1, Mullins said: "I'd imagine she'll go on and run in something over Christmas. But there's no plan as such. We never thought we'd get this far with her."

Airlie Beach's task was eased by the fall of 7-4 favourite Peace News two from home when appearing to have every chance in second place.

"He seems fine," said trainer Henry de Bromhead. "Who knows what might have happened but I think he would have finished no worse than second."

There was drama at the start when Labaik downed tools and refused to start. Winner of his two previous starts over hurdles, the Gordon Elliott-trained five-year-old had twice refused to jump off on the Flat and Elliott said: "We thought those days were behind us but we were wrong. It's a shame as he was in very good form."