Ten highlights to look out for on a stellar Saturday 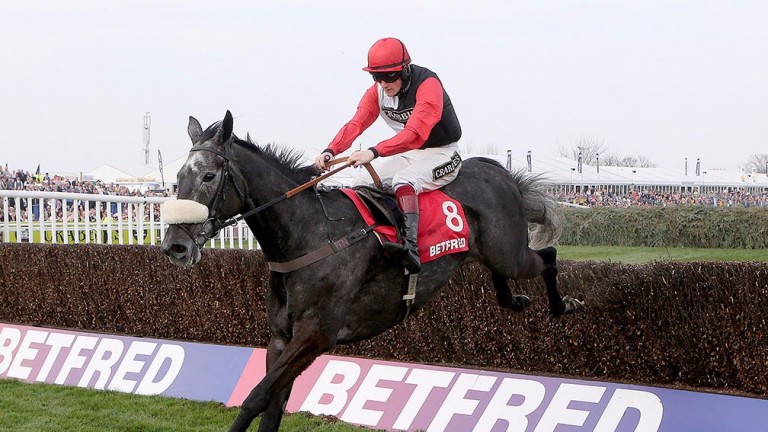 Charli Parcs
JCB Triumph Trial Juvenile Hurdle
12.00 Cheltenham
No-one has won more Triumphs than Nicky Henderson and there's a glint in his eye and excitement in his voice when talking about this youngster.

Uxizandre
Clarence House Chase
1.45 Cheltenham
Alan King can do little wrong at the moment and he has even managed to get a right-handed Grade 1 run left-handed – the way Uxizandre, last seen winning the 2015 Ryanair, must go.

Saphir Du Rheu
Hugo's Restaurant Barbados Trophy Handicap Chase
1.10 Cheltenham
Paul Nicholls may regret speaking so fondly of the eight-year-old, who has not really delivered as a senior chaser, but one suspects the champion trainer has not given up hope.

Many Clouds
BetBright Trial Cotswold Chase
2.15 Cheltenham
Regaining the Randox Health Grand National is the main objective but this immaculate jumper may have connections eyeing a crack at the Timico Cheltenham Gold Cup.

More Of That
Glenfarclas Cross Country Handicap Chase
2.50 Cheltenham
Cross-country races aren't everyone's cup of tea, but JP McManus seems a fan and it'll be interesting if this is the end of More Of That's Gold Cup aspirations or an attempt to revitalise a horse Jonjo O'Neill rates among the best he's trained.

Kotkikova
galliardhomes.com Cleeve Hurdle
4.00 Cheltenham
McManus has the favourite for the Cleeve and Sun Bets Stayers' Hurdle in Unowhatimeanharry, but this summer signing from France is full of promise.

Ballyoptic
Galliardhomes.com Cleeve Hurdle
4.00 Cheltenham
Nigel Twiston-Davies's reluctance to run The New One in the Stayers' Hurdle might be down to the chance he gives stablemate Ballyoptic in the race.

Topofthegame
Neptune Investment Management Classic Novices' Hurdle
3.25 Cheltenham
Only five, but you get the feeling Nicholls thinks there might be a Gold Cup horse inside waiting to get out.

Give Me A Copper/Overland Flyer
Albert Bartlett River Don Novices' Hurdle
2.30 Doncaster
Both wide-margin West Country winners for Nicholls so mustn't be dismissed; Denman was one once you know.

FIRST PUBLISHED 6:55PM, JAN 23 2017
You get the feeling Paul Nicholls thinks there might be a Gold Cup horse inside waiting to get out