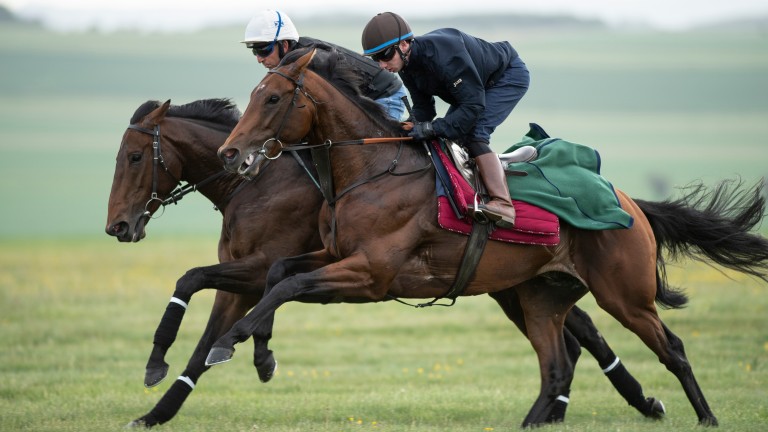 Bounding towards the Derby: Telecaster and Oisin Murphy (nearest) breeze 5f with Marmelo on the grass gallops at Summerdown Stables on Monday morning
Edward Whitaker
1 of 1
By Scott Burton UPDATED 10:08AM, MAY 28 2019

Telecaster was continuing to shorten for the Investec Derby on Monday evening following news connections had supplemented the impressive winner of the Dante Stakes.

William Hill, bet365 and BoyleSports were the last firms holding out at 11-2, while elsewhere quotes of 5-1 and 9-2 showed the direction of travel in most books.

But the pressure on Telecaster's price is nothing compared to the burden of responsibility trainer Hughie Morrison feels at the payment of an £85,000 supplementary fee after the son of 2008 Derby hero New Approach passed the test in a key piece of work under Oisin Murphy on Monday morning, and the man who had to stump up the cash, breeder and part-owner Mark Weinfeld, described the build-up to the big decision as "painful".

Telecaster breezed five furlongs in company with stablemate Marmelo after which Morrison, Murphy and Weinfeld were all happy to take the plunge. 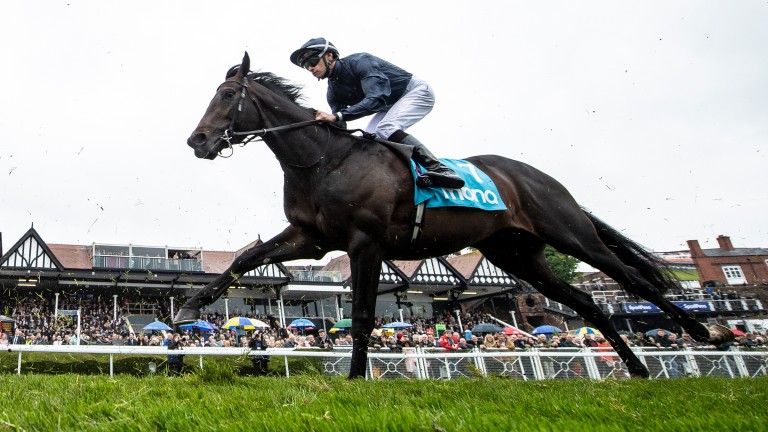 Sir Dragonet was also supplemented on Monday and is one of eight Derby possibles for Aidan O'Brien
Edward Whitaker (racingpost.com/photos)

Telecaster was joined by ante-post favourite Sir Dragonet as a supplementary, with 15 colts going forward to Thursday’s final declaration stage.

Aidan O'Brien is responsible for more than half the potential field, with Anthony Van Dyck and Broome also among his eight remaining hopefuls.

Morrison was admirably frank in his assessment of the pressure that comes with training a leading fancy for the Derby, which comes just 16 days after his defeat of Too Darn Hot at York.

Asked if he felt a weight off his shoulders now the die is cast, Morrison said: "No, it’s quite the opposite. Horses go wrong and he could bruise a foot or cough or something. We do everything we can to cover ourselves but the next four days will be difficult for everyone involved, including my staff. We all feel deeply responsible because it's so much money so I can't say it gets any easier."

Morrison has been up front with his concerns about the quick turnaround, both in the immediate aftermath of the Dante and on several occasions since. But it is the form of Telecaster at home that has persuaded him and Weinfeld to take the plunge.

"We're very happy with him so he has been supplemented and off we go," said Morrison. "If he hadn't been giving us the right signs this morning we wouldn't have supplemented him." 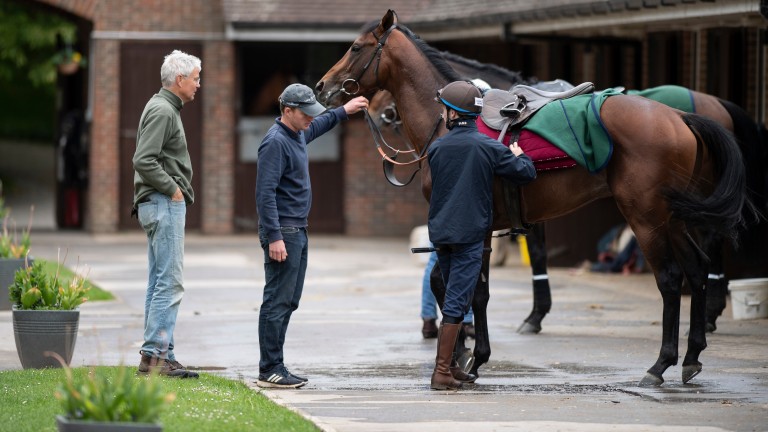 Murphy made plenty of use of Telecaster at York before finding a willing partner with plenty of resources to fight off Too Darn Hot, with a further four lengths back to Surfman in third.

Morrison is hopeful that translates into a horse tailor-made for the step up to a mile and a half at Epsom.

"I imagine it will suit but he has lots of speed, as we saw at York," said Morrison. "He travels well and he showed enough speed at the end of the race to beat a very fast two-year-old."

For Weinfeld's part, the last fortnight has come as something of a surprise, even to an owner/breeder whose Meon Valley Stud is steeped in Group-race success.

"It's been painful!" said Weinfeld, who bred Shirocco Star, dam of Telecaster and beaten a neck in the Oaks behind Was in 2012.

"It comes sooner than we would have liked but the horse seems in very good form. Oisin sat on him this morning and he was very happy. He did a little piece with Marmelo, nothing too strenuous but enough to test him a little bit. 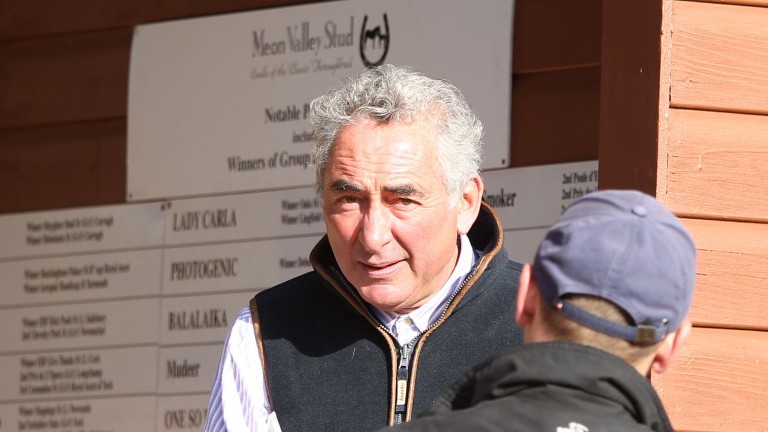 "Everyone was very happy so I think we had no option but to go ahead. There is only one Derby and there weren't really any viable options until the Irish Derby so we thought we’d give it a go."

It is the dream of every owner to have a serious Derby horse, although, even with the big decision now made, Weinfeld and his co-owners on Castle Down Racing will be feeling the pressure along with their trainer.

Weinfeld said: "It's a fantastic opportunity. We've had a couple of horses in the past who we've bred who have run in the Derby but we never expected to have one we still owned.

"I think we'll be box-walking until the day but at least, having paid the money and decided to go, that's one decision out of the way. Whatever happens now is in the lap of the gods in terms of the draw and the ground."

FIRST PUBLISHED 12:24PM, MAY 27 2019
Everyone was very happy so I think we had no option but to go ahead. There is only one Derby