Teenager banking on Boite to land the jackpot 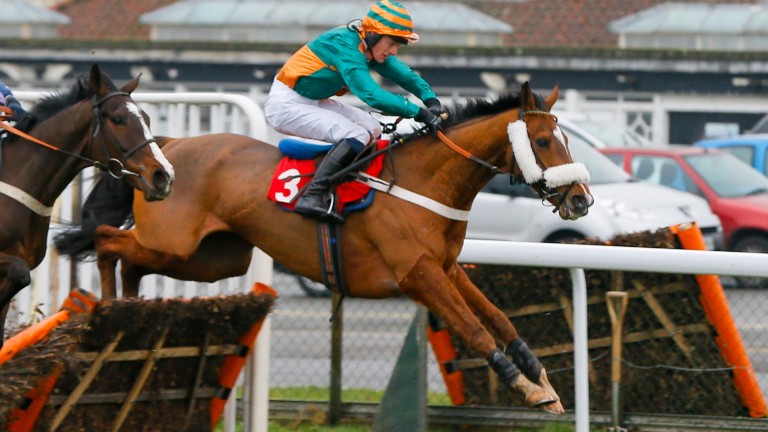 Tom Greatrex was in winning form at Kempton on Friday aboard Reilly's Minor
Mark Cranham
1 of 1
By Scott Burton 6:55PM, FEB 10 2017

The story Father Warren has handed 18-year-old Tom Greatrex his most high-profile opportunity aboard Boite in Britain's richest handicap hurdle. Greatrex, whose twin brother Ed is apprentice to Andrew Balding on the Flat, claims 7lb as an amateur and made it five winners from 61 career rides when booting home Reilly's Minor for the Uplands team at Kempton on Friday.

He says I remember asking Dad one Christmas if I could sit on a racehorse and that’s where it first started. I’ve come to understand what a big thing it is for Dad to be training but it came to me quite late and it was only from the age of 15 I realised I wanted to be a jockey.

Boite is very straightforward and he has run over further so, if they go a strong gallop, towards the end he’ll be hopefully able to pick up the pieces. I’ve ridden him in plenty of work and a good few schooling sessions and he seems to be in great form.

It's a big opportunity I’ve been given by Dad and the owners. Thankfully the hard work is starting to pay off and hopefully I can grab it with both hands. Things are going brilliantly and I couldn’t ask for more at the moment. Dad’s been very good to me and I'm getting a good few outside rides. If you get on one with a good chance it is so exciting and things are starting to go my way now, which is nice.

Warren Greatrex says He's a very talented rider and if you saw him every day you would see he is very gifted. It's a big opportunity for him and that’s what young lads need. Last week at Sandown I put him on one to test him out and he gave it a lovely ride. Boite is very straightforward and this won’t faze Tom, he knows what he's doing. It’s great for one of my biggest owners, Tracey Brown, to give him the opportunity and I have no doubt that if the chance is there he will seize it.

FIRST PUBLISHED 6:00PM, FEB 10 2017
If you get on one with a good chance it is so exciting and things are starting to go my way now, which is nice