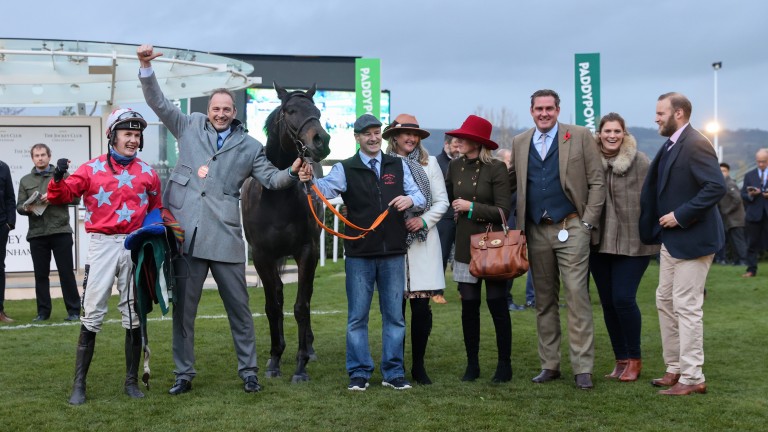 Philip Rothwell kept apologising after MC Alpine sprang a 33-1 shock under James O'Sullivan in Cheltenham's Friday finale. Given he had shown 15 years ago how much victory at this magical place can mean, there was absolutely no need for him to say sorry.

In 2006 Rothwell trained Native Jack to win the festival's cross-country chase. This 0-125 novice handicap hurdle was nothing like as prestigious, yet when interviewed by Lydia Hislop on Racing TV it became quickly apparent it meant the world to Rothwell.

Having first berated himself for running the horse over too long a trip at this meeting two years ago, Rothwell admitted he had "fancied him strongly" on this occasion. Soon after tears started rolling down his cheeks. 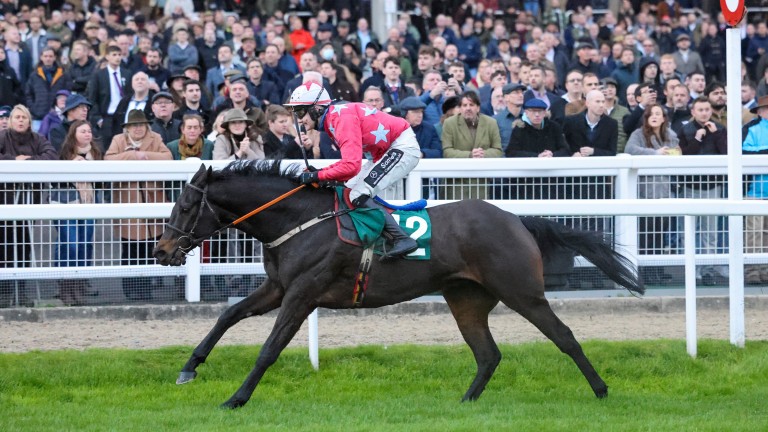 "Fifteen years ago I won the cross-country here," he said. "I didn't think it would take 15 years to get back here. I love it. It's my favourite place in the whole wide world. I love being out in the stand out front and I get a great thrill.

"I've been second here a few times and had that festival winner. I would love another, obviously. This horse's owners are the most supportive people in the yard. We're a small yard and they're just great. To have a winner for them today is very special."

In among the tears there had been long pauses, during which Rothwell, who had told his friends and clients how much he fancied MC Alpine, tried to regain his composure.

"I would hug you but for Covid," Hislop told him as the interview concluded.

If you had been there you would have felt the same.

Paddy Power introduced Blazing Khal at 20-1 for the Albert Bartlett after the Irish raider landed the Grade 2 Ballymore Novices' Hurdle by two and a half lengths.

The five-year-old's stamina kicked in as he shrugged off the challenge of warm favourite Gelino Bello after the last to leave trainer Charles Byrnes plotting a route back here later in the season.

"It was a good performance," he said. "He's a real battler, if it comes to a battle he won't be beat. He's a real galloper, a three-mile horse, and the softer the ground the better. 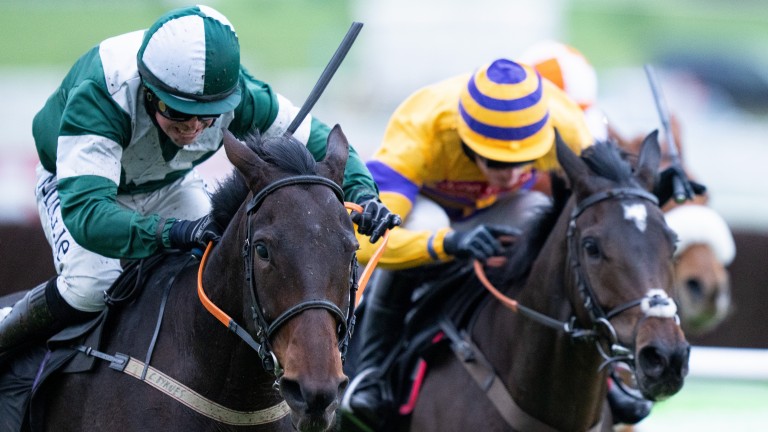 "We'd look at the Albert Bartlett but it'd depend on the ground, he'll stay three miles but but he's not slow either especially if his jumping sharpens up a bit. We'll run him again at home and make a plan then. He's a fine, big horse."

The red and blue scarves of the Preston Family, made famous by Sire De Grugy, were in the Cheltenham winner's enclosure again after Editeur Du Gite held off Stolen Silver in the 2m handicap chase.

It is only the owners' third horse but there is hope this latest winner can follow a similar path to Sire De Grugy, who raced in handicaps before landing the Champion Chase in 2014.

"A few of the guys said before we can't ever repeat that, so we're pulling out. Two other lads came in instead and we're having our day in the sunshine again," said part-owner Steve Preston.

"It doesn't matter whether it's the Queen Mother or this race, it matters that we're here at the best racecourse and enjoying ourselves. We'll be in the Princess Royal stand for the rest of the day and the night."

When Cheltenham is on your doorstep, why not take advantage? That was what Martin Keighley did, with two runners in the Glenfarclas Cross Country Handicap Chase and Back On The Lash repaid him in full with a gutsy win. 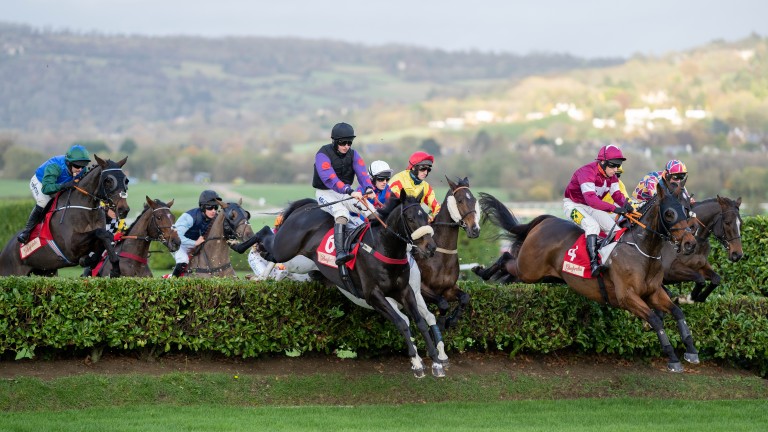 Back On The Lash: en route to victory in the cross-country
Edward Whitaker (racingpost.com/photos)

"That was very good," the trainer reflected. "We had lots of success with Any Currency and we schooling him a couple of times and he was an absolute natural.

"He'll come back for the next handicap in December and hopefully can come to the festival. You'd hope he's still improving, but Sean [Bowen] said he was electric around here."

Liam Harrison missed his two rides after being sore from a fall and that allowed Peter Kavanagh to step in and make his first ride at Cheltenham a winning one when he partnered Art Approval to win the 2m5f conditional jockeys handicap hurdle.

FIRST PUBLISHED 6:00PM, NOV 12 2021
This horse's owners are the most supportive people in the yard. We're a small yard and they're just great

Confidence for Reprieve repeat bid in Welsh National despite lack of prep run Why on earth hasn't the British public embraced Sunday racing like the Irish? Bear Ghylls out until the new year but trainer knows 'he's very, very talented'