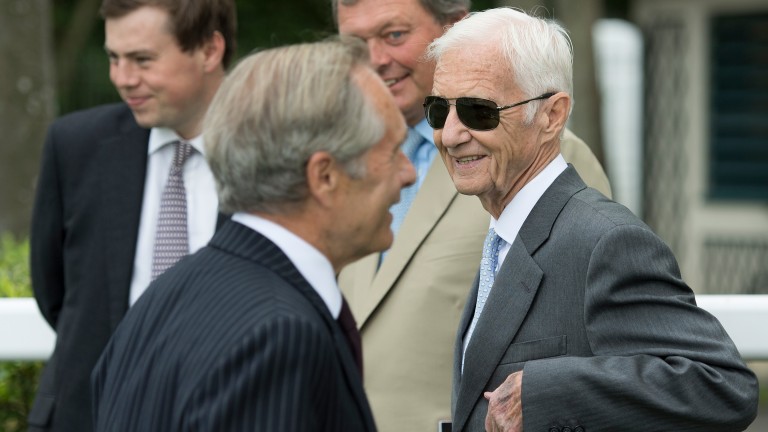 The Prix de Sandringham can be a springboard for the Coronation Stakes at Royal Ascot but the owners of La Sardane are casting their gaze much farther afield, after the daughter of Kingsalsa held off Gold Luck by a length, with her Prix de la Grotte conqueror Senga back in third.

La Sardane’s career has been guided to this point by Bruno de Montzey but the filly will now be shipped to the United States, having been purchased by Team Valor after her last run.

“Neil Drysdale trains for me and his wife, [bloodstock agent] Shawn Dugan, called me up and told me she’d seen a knockout looking filly,” said Team Valor principal, Barry Irwin.

“We bought her with the idea of running her once here and then bringing her to Del Mar, where there is an eight furlong race on July 23 and then, a month later, the Oaks. I've won those races a few times and she'd be the best horse I've taken to run in those races.”

Andre Fabre may have seen Brametot deny him a second Classic in agonizing fashion but he was among the Group winners earlier in the day when Godolphin’s Kitesurf ran out a ready winner of the Prix de Royaumont on her first try over 1m4f.

“She's a combination of Andre Fabre and Dubawi in that she keeps on improving,” said Godolphin chief executive John Ferguson. “The trainer will make his own mind up about where we go, but he did mention perhaps the Prix Vermeille as a long-term target.”

Silverwave gave a further boost to the Prix Ganay success of Fabre’s Cloth Of Stars in winning the Grand Prix de Chantilly under a determined drive from Pierre-Charles Boudot.

And a rematch with Godolphin’s son of Sea The Stars could be next up in the Grand Prix de Saint-Cloud, a race Pascal Bary’s charge won last season.

“Silverwave needs to breathe well and to be waited with, just like today,” said Bary. “He's more relaxed this season and he also loves Chantilly. Today he picked up well and we will now go back and try and win a second Grand Prix de Saint-Cloud.”