Team player hoping to be a National hit at first attempt 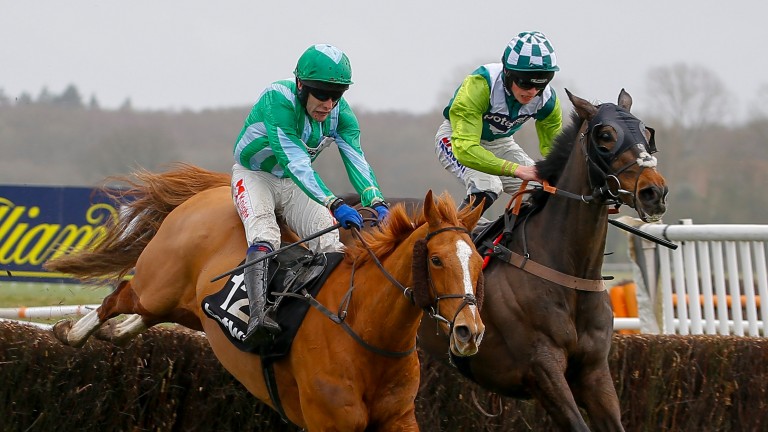 The horse Just A Par

The story David Mullins was the latest jockey to prove it is possible to win the world’s most famous race at the first attempt when triumphing aboard Rule The World 12 months ago.

Cobden, a key part of Team Ditcheat, rides 2015 bet365 Gold Cup winner Just A Par for his boss Paul Nicholls, the climax of what has proved to be a memorable season for the 18-year-old, and he couldn't have had a better warm-up than landing Friday's Topham Chase over the National fences on Ultragold.

After reaching his maiden half-century, Cobden has continued to boot home the winners and goes into the big race full of hope that Just A Par can give him a great ride.

He says I rode Just A Par out on Friday morning at Haydock and he seems very well. He has his own way of doing things, but I know him quite well. He likes me and we seem to get on.

It’s a big day, not only for myself but for the whole of the team at Ditcheat. Everyone has worked so hard this season and we’ve still got the trainers’ title in our sights.

We have five runners in the race and I think Le Mercurey has got a very good chance. He’s straightforward, jumps well and should give Sean Bowen a good spin.

On a personal note it’s been a brilliant season. My target was 40 winners, so to reach 50 was special. I have ridden a lot of nice horses and now have the chance to ride in a race I have been watching since I was very young.

Jamie Codd (Cause Of Causes)

Derek Fox (One For Arthur)

FIRST PUBLISHED 6:00PM, APR 7 2017
Everyone has worked so hard this season and we’ve still got the trainers’ title in our sights