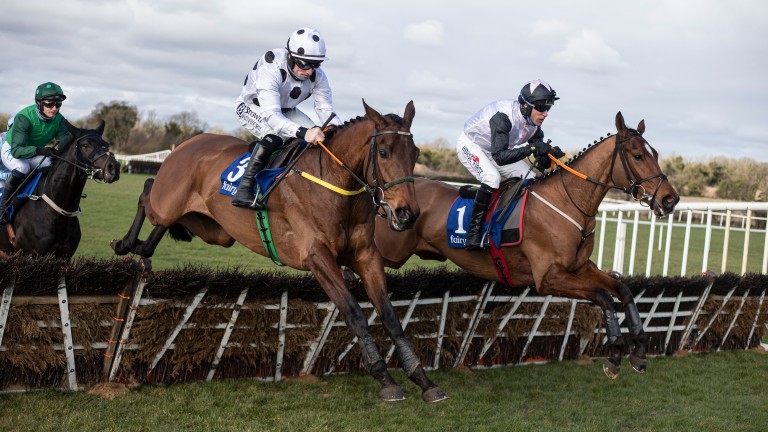 Teahupoo auditioned for a late call up to Gordon Elliott's superstar JCB Triumph Hurdle team after maintaining his unbeaten record with an authoritative success in the Winning Fair Juvenile Hurdle.

The four-year-old capitalised on a final-flight fall of Youmdor over course and distance last month and proved that was no fluke when surging clear by seven lengths from Tax For Max at Fairyhouse.

The Grade 3 was won by Triumph Hurdle winner Burning Victory last year but Elliott said he was "keeping all options open" for Teahupoo, who was trimmed into 10-1 (from 14) by Paddy Power and Betfair Sportsbook for the race, as well as for the Boodles Handicap Hurdle.

"He's improving with every run, has a great attitude and jumped a lot better today," said Elliott. "He galloped to the line after missing the last and he's a horse with a good future, not just as a juvenile."

Elliott trains the first two in the Triumph Hurdle betting with Zanahiyr and Quilixios, and was hesitant to confirm Teahupoo for the Grade 1, with other options at the Festival and in Ireland being considered.

"I'll speak to the owners," added the trainer. "He's in the Boodles and Supreme Novices' Hurdle too, as well as Fairyhouse two weeks after the festival. We'll see how he comes out of today and then make a decision, there's plenty of prize-money on offer at home too."

FIRST PUBLISHED 2:02PM, FEB 27 2021
He's improving with every run, has a great attitude and jumped a lot better today