Taunton could make TV debut if Ascot falls to the elements 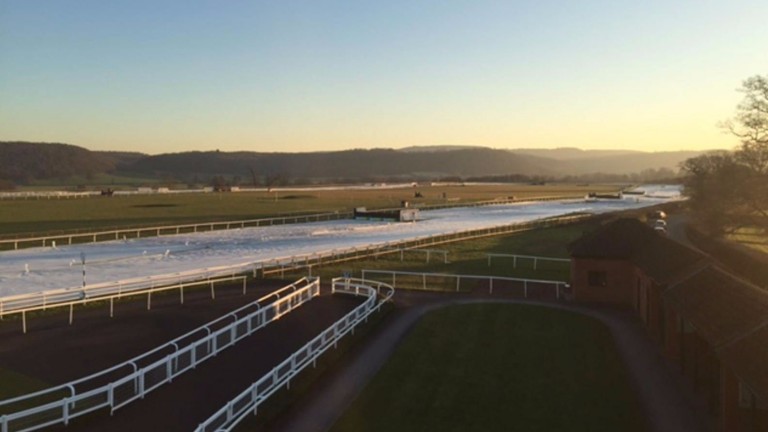 Ascot's loss could very much be Taunton's gain today. If Ascot's card is abandoned and Taunton survives its own morning inspection, the West Country track will be covered on mainstream television for the first time.

In a provisional plan drawn up by ITV4, the seniors' handicap hurdle (2.20) and 2m handicap chase (3.30) will be shown live in the event of Ascot being cancelled, with both contests scheduled to start five minutes after their advertised post time.

However, what is Taunton's most valuable card of the season, with £76,500 up for grabs, is itself under threat and will need to pass a 9.30am check, called due to a forecast overnight frost. Although it has always beaten the weather in its relatively brief life the meeting was once staged in a near monsoon.

Clerk of the course Jason Loosemore said on Friday: "We've covered the course with fleece and are hoping that will be enough for us to race. During the day it got to 6.5C today but we're forecast to be down to -2C overnight and only up to 4C on Saturday."

Among those hoping Taunton survives is regular supporter Colin Tizzard, who plans to have four runners, including Kings Lad and Ultragold in the ITV4 races.

"Taunton is a good track that is well managed and puts up good prize-money," said the trainer.

"They deserve all the support they can get. If they hadn't had such a very dry autumn we'd have had more runners there this season. A lot of the big Saturday tracks don't put in the sort of money that Taunton does."

Also keen for Taunton to survive is Evan Williams, who fancies his Oscar Sunset in the Bathwick Tyres-backed handicap chase.

"He'll go very well," said Williams. "He's an old horse but there's always a good day in him every season and this could be the one."

FIRST PUBLISHED 6:00PM, JAN 20 2017
We've covered the course with fleece and are hoping that will be enough for us to race