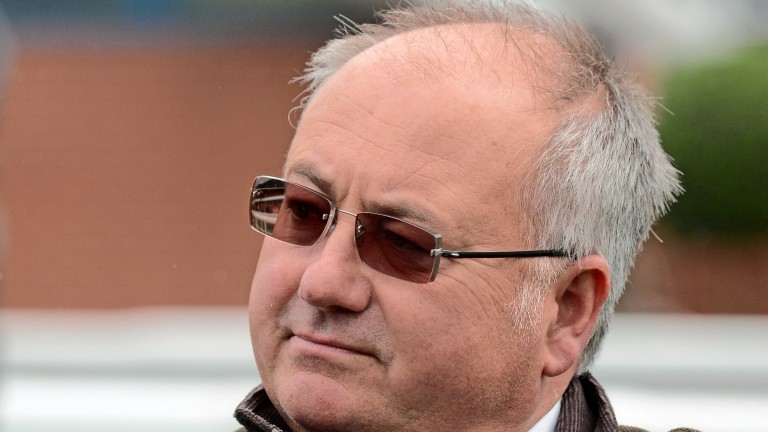 Topweight Tangramm is out to bag a sixth win at this track following his unlucky fourth over course and distance last time.

The consistent performer, trained by Dean Ivory and ridden by Robert Winston, had rival Clovelly Bay back in eighth when finishing fast to be just a length adrift of Ride The Lightning that day.

Lady Rothschild had an all-weather winner at Lingfield on Friday but her Snobbery will have to bounce back from a disappointing effort at the same track last time if he is to keep the run going.

However, Roger Charlton's runner may have had excuses that day and is fitted with a tongue-tie for the first time.

Steve Gollings, who saddles With Hindsight, does well with his few runners here and has a 38 per cent strike-rate over the past five years.

Dean Ivory, trainer of Tangramm
He was unlucky last time when he had a lot to do off a steady pace after missing the kick from a wide draw. He's got a better draw this time and he should be thereabouts again.

Tony Carroll, trainer of Be My Sea
He's a nice horse who is very consistent. I think he could run well and we'll probably go jumping after this. He's back from a break but he goes there with a nice chance.

Iain Jardine, trainer of Spes Nostra
He won there last year off a 5lb higher mark but he's put in a few average efforts since and may have lost his confidence. If he decides to turn up he would take the beating, but it would just be nice to see him finish off a race like he used to.

Ian Williams, trainer of Modernism
He's a relatively new horse to us and we're still finding out about him. He'll have to step up on what he's been showing recently but the drop in trip might help him.

Roger Charlton, trainer of Snobbery
He ran too bad to be true at Lingfield last time, when he may have choked, and we are putting a tongue-tie on him to see if that helps.

Marcus Tregoning, trainer of Clovelly Bay
He was a bit unlucky last time when he couldn't find a gap, though so were a few others in the race. He's drawn a bit wider this time but hopefully can drop in and come home strong.

Steve Gollings, trainer of With Hindsight
He's had a long time off and is ready for a run but he'll improve a lot for it.

Marco Botti, trainer of Dream Factory
We were pleased with his win at Kempton last time and he's been in good form at home since, but he may need a more galloping track.

FIRST PUBLISHED 4:00PM, JAN 22 2017
If he decides to turn up he would take the beating but it would be nice to see him finish off a race like he used to