Talented Tajaanus glides to victory for O'Neill and Hannon 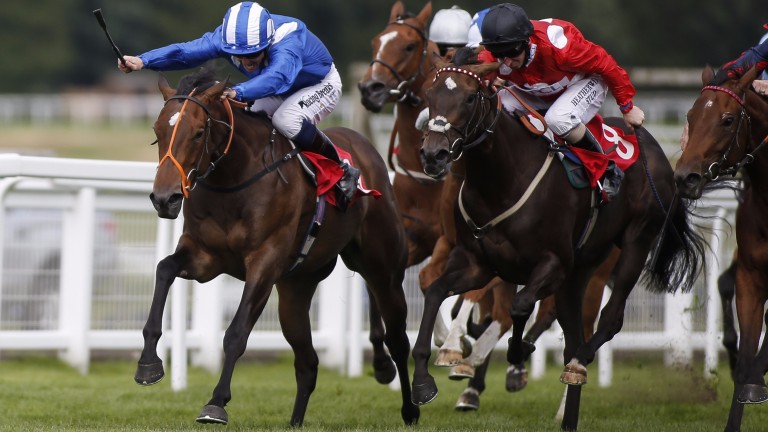 Tajaanus, who won the Listed Star Stakes at Sandown by a nose on her last start, made it three wins from four runs in the Group 3 Sweet Solera Stakes for Dane O'Neill and Richard Hannon.

Both trainer and jockey boasted good recent form in the race, as Hannon’s Nations Alexander was victorious last year, and O’Neill partnered Muraaqaba to win in 2014 and Blue Bayou a year later.

The field split into two in the early stages, with 10-1 shot Tajaanus leading on the near side rail with Mamba Noire and Capla Temptress for company.

Juliet Capulet led the other group in the centre of the track, which also included favourite Poetic Charm and the well-supported Dance Diva, who was second in the Princess Margaret last time and challenged furthest away from the rail.

The race looked wide open in the final furlong as Juliet Capulet battled on from the front and Poetic Charm and Dance Diva made headway, but unothing could match the turn of foot of the winner, who was helped by the rail.

Hannon said: "She's a lovely tough filly with a great attitude. We'll look at races like the Rockfel and the Fillies' Mile."

Cheveley Park second string Juliet Capulet finished a length behind in second at 20-1, with Capla Temptress, who lost her unbeaten record, in third.

FIRST PUBLISHED 3:50PM, AUG 12 2017
She's a lovely tough filly with a great attitude. We'll look at races like the Rockfel and the Fillies' Mile