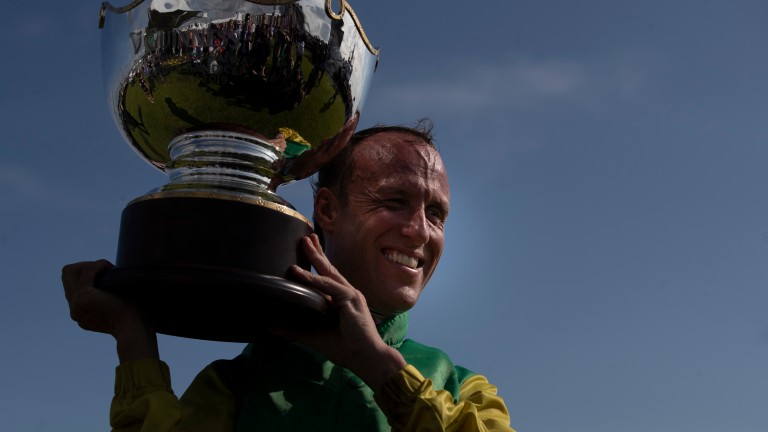 Robbie Power: at his brilliant best aboard Tudor City in the Guinness Galway Hurdle
Patrick McCann
1 of 1
By Mark Boylan 4:10PM, AUG 5 2019

Harry Houdini escaped from the water cell, Dynamo walked on water and Billy Lee pulled off an equally impressive magic trick in getting One Cool Poet to win at the Galway festival – three times. 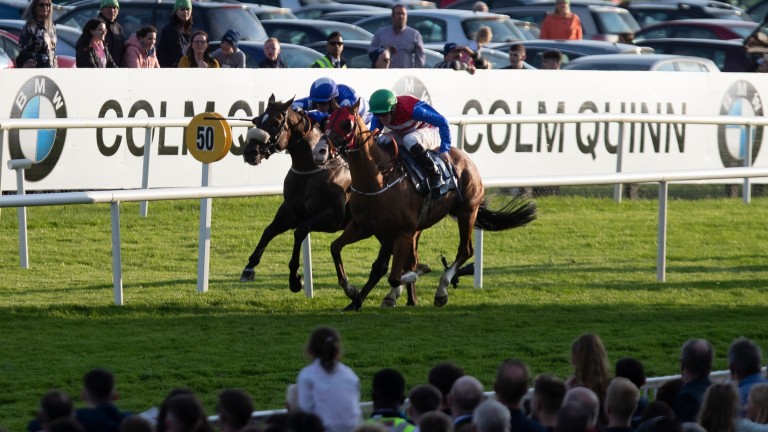 The Matthew Smith-trained seven-year-old had spurned plenty of good opportunities through his 25-race losing streak, but the drop back to 1m½f and a masterful ride from Lee saw the talented but tricky performer come good.

If you thought that late challenge was good, how brilliant was the Ballingarry native on the same runner two days later over 1m4f, finding the gaps just when he needed them to get up in the dying strides.

Lee didn't have to be at his best as One Cool Poet bolted up in his hat-trick bid on Saturday, but either of the leading rider's first two efforts could easily be candidates for ride of the year honours at the end of the season.

This was just about as good as it gets from any rider in a big-field handicap hurdle.

Robbie Power gave the Tony Martin-trained seven-year-old a masterful ride, guiding his mount through gaps bravely and relying on luck to a certain extent, but overall just delivering his Tudor City perfectly under a strong drive. 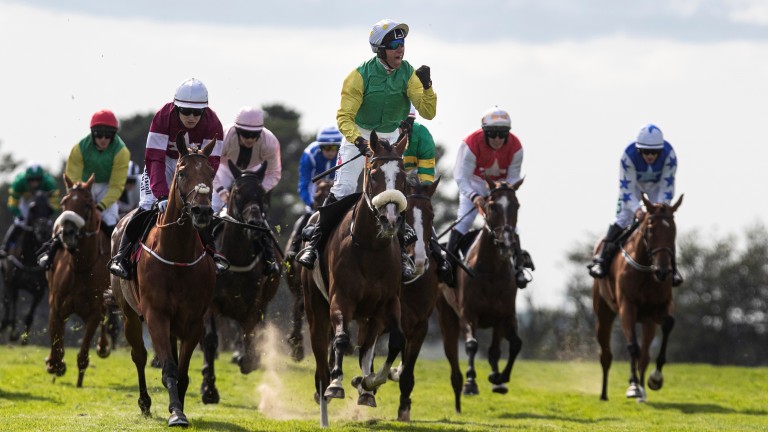 This would be classed as a top effort on any day for any rider but, considering Power hadn't even had ten rides since returning from a fractured T7 vertebrae suffered at Ballinrobe in May, this was a particularly praiseworthy performance.

It looked a case of deja-vu when David Mullins took control of the mares' handicap hurdle early aboard Bercasa, a ride which evoked memories of Kemboy's Savills Chase success at Leopardstown in December.

The Grand National-winning rider identified a potentially easy lead in the offing so moved to take advantage of it at the fourth hurdle, never seeing another rival as he gradually extended his advantage. 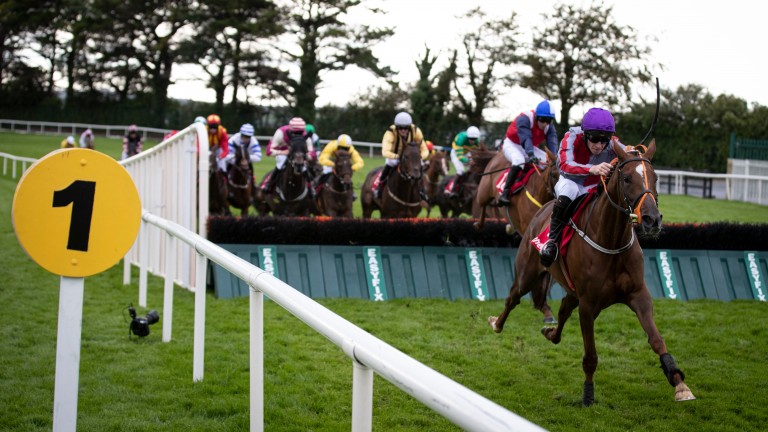 Mullins isn't afraid to go with his gut in these situations and delivered a tactically astute ride.

If ever a race was stolen from the front this week at Galway, it was Robbie Colgan's superbly judged tactical ride aboard Upgraded in the 2m½f handicap on Wednesday.

Tony Martin enjoyed a week to remember at Ballybrit, but this success was all about the enterprising effort of the rider who built up a handy advantage throughout and never looked like being caught.

Upgraded lined up again on the final day of the festival in the JPK Fencing Handicap, failing to fire when tenth to impressive festival double-scorer Linger.

Heading into the Galway festival as a ten-race maiden, you'd be forgiven for having doubts about how likely the Ger Lyons-trained filly was to get off the mark, but Colin Keane had something to say about that, producing the daughter of Kodiac beautifully to strike on Tuesday.

The 2017 champion jockey never missed a beat aboard this 70-rated performer, who had previously filled the runner-up spot four times, and kicked off the home bend at the perfect stage. 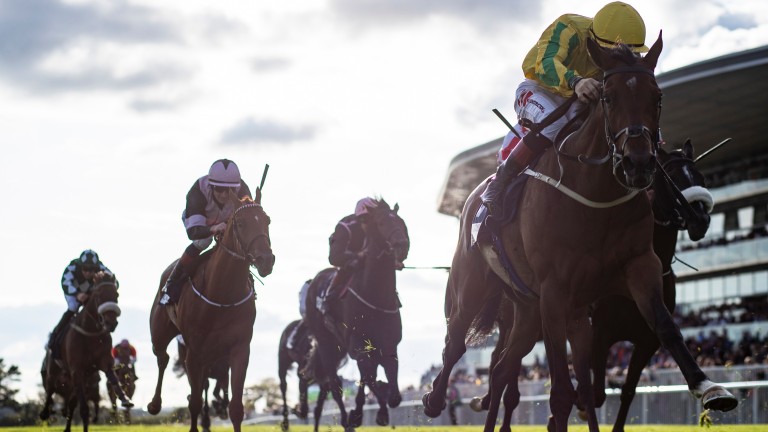 From there to the line, Keane's strength saw the filly hold off all challengers to gain a valuable winning bracket for her future breeding career. An inch-perfect ride.

The opening novice hurdle of the festival often unearths a promising youngster for the future, but in truth, Lethal Steps looked one of the more exposed four-year-olds in the line-up prior to this year's renewal.

However, the ratings didn't account for the fact a Davy Russell special was in the offing, getting the best out of Cheveley Park Stud's novice, who isn't the most straightforward.

The Gordon Elliott-trained performer had a loose horse directly in front of him coming into the straight and Russell had to be cool while holding his line from the chasing pack. 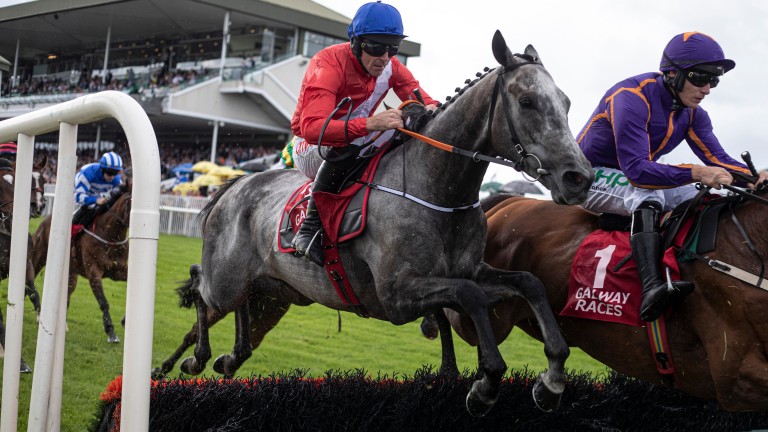 He did just that in some style, coaxing his mount along until going for the jugular inside the final 150 yards to deliver a confident ride.

FIRST PUBLISHED 4:10PM, AUG 5 2019
Mullins isn't afraid to go with his gut in these situations and delivered a tactically astute ride