News JOSEPH ON HIS JUVENILES

Sword Fighter not expected to be seen over hurdles until January 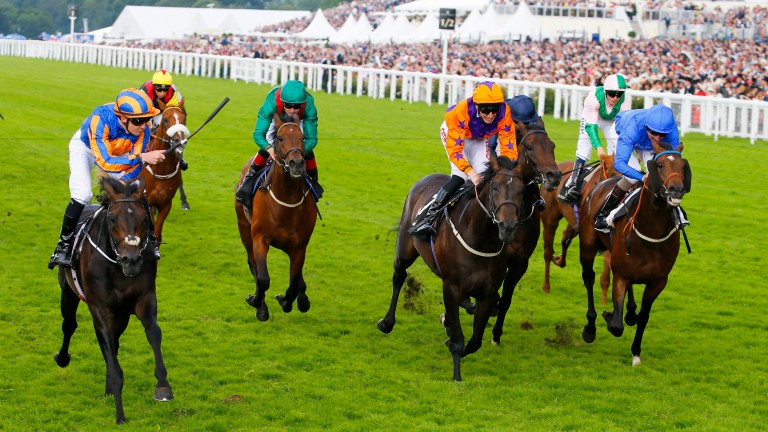 Joseph O'Brien will not be unleashing most of the jewels from his juvenile treasure chest until after Christmas, with Sword Fighter, Housesofparliament and Bhutan expected to make their eagerly-awaited jumping debuts in January.

Quoted at just 7-4 to train the winner of the JCB Triumph Hurdle by Paddy Power, O'Brien is taking his time with his high-class recruits from the Flat.

Sword Fighter, who beat subsequent St Leger winner Harbour Law in the Queen's Vase at Royal Ascot and is rated 110, worked with the equally exciting Housesofparliament and Bhutan on Monday, but they will be late arrivals onto the Triumph scene according to O'Brien.

"You'll not see a lot more of my juveniles until after Christmas," said the trainer. "We hope we've a nice bunch and Landofhopeandglory has done nothing wrong so far, while we were delighted with Big Ben at Fairyhouse too and we think there's more to come from him."

Asked to name the juveniles he expects big things from over hurdles, he replied: "I suppose the other three I'm most excited about would be Sword Fighter, Bhutan and Housesofparliament.

"They all reached a high level on the Flat and hopefully will take to hurdling so we're obviously excited about them. The problem is you don't know for sure how they'll cope until they're in a racing environment. Some take to it, some don't.

"Luckily for us Landofhopeandglory has taken to it and hopefully one or two of the others will too.

"Worst-case scenario is we have some nice novice hurdles to look forward to next season if things do not happen for them quickly in the juvenile division this season."

Landofhopeandglory is a best-priced 10-1 favourite for the Triumph, while Housesofparliament is a general 16-1 chance. Sword Fighter is 20-1 with most firms, and Bhutan can be backed at 25-1.

FIRST PUBLISHED 6:28PM, NOV 21 2016
Worst-case scenario is we have some nice novice hurdles to look forward to next season if things do not happen for them quickly in the juvenile division this season